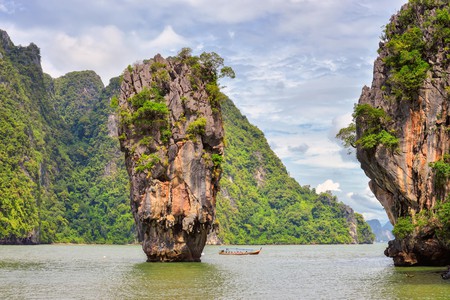 As Thailand’s largest island, there are plenty of things to see and do in sunny Phuket, but those who want to venture further will find that they’ll be spoiled for choice, with no end of scenic isles just a few hours away. We’ve done the hard work and singled out the best of these so you don’t have to.

Situated between the provinces of Phuket and Krabi, Koh Phi Phi has long been one of the top “must see” destinations in Thailand – and for good reason. A small island with no cars or roads, Koh Phi Phi has somewhat of a party reputation these days, but there’s still plenty to see and do for those who like an early night. The star attraction, Maya Bay, is one of the most beautiful natural sights in the country. Made famous after its inclusion in Hollywood blockbuster The Beach (2000), it’s a stunning bay surrounded by limestone cliffs and has a beach of white sand. Its water is as clear as the guidebooks promise and it’s just a short boat ride away from the main hub of the island. Be warned though; it tends to get incredibly busy, so it’s advisable to either book a sleep-aboard boat to stay by the bay overnight or an early morning tour, as both will ensure that you’re among the first on the island to get those all-important Instagram shots. 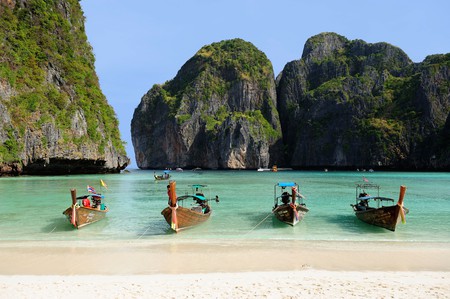 As well as Maya Bay, there are other places to see, such as Pileh Bay, a turquoise-watered bay perfect for snorkelling, and a kayaking trip to Monkey Beach, where you can make some furry friends. Back on the mainland, Phi Phi’s nightlife is legendary. From parties on the beach to bars with boxing rings inside, you’re never in for a dull night and you’ll always find great prices for drinks.

Just 90 minutes away via ferry from Phuket is the incredibly scenic James Bond Island. Located in Phang Nga province, it became a major landmark in Thailand after its splendour was captured in the 1974 Bond flick The Man with the Golden Gun, and has been a hit with travellers ever since. Its star attraction is the seemingly precarious standing limestone karst in the middle of the sea, which is a popular subject for photographs. There are plenty of other similar such structures in the bay which, along with their caves, can be easily explored with a kayak. 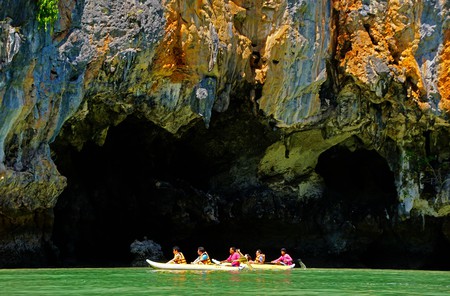 Nearby, there are a few other islands worth checking out but perhaps the most intriguing is that of Ko Panyi. A floating village with a predominantly Muslim population, it offers delicious fresh fish and even has a floating football pitch, too. 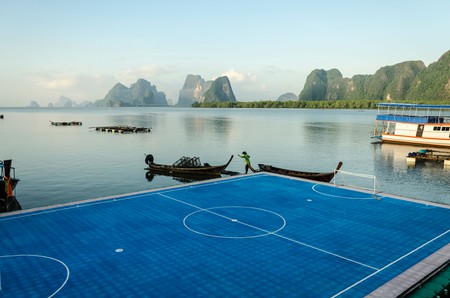 Just an hour on the ferry from Phuket are the Yao islands, consisting of Koh Yao Yai and Koh Yao Noi. They’re perfect for a day or two of exploring, relaxing and unwinding. The rice paddies, rubber plantations and buffaloes working in the fields offer a glimpse into local life that not many islands provide. Motorbikes are available to rent and are the best way to get around the island. 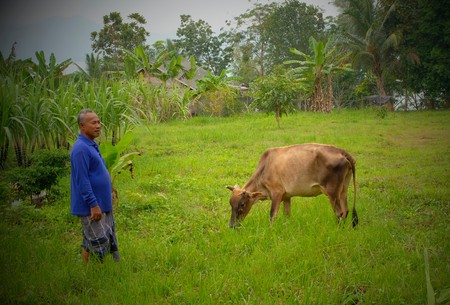 Despite being bigger than Koh Yao Noi, Koh Yao Yai is much less developed. It features as a main destination on our 10-day tour of Southern Thailand, led by a local insider who will take you straight to the spots most tourists miss. Both of the islands’ beaches feature beautiful vistas of far away mountains, and mangrove forests aren’t too far away either. Sand is soft here, and the water turquoise and inviting, making it perfect for lazy days by the beach. There’s a wide range of accommodation options available across the islands, from luxury-style resorts to the classic Thai bungalow. 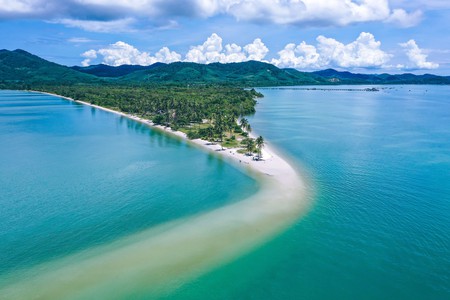 Coral Island, or Koh Hae as it’s known to the locals, is only a few kilometres from mainland Phuket and features beautiful beaches, top snorkelling spots and even a huge monitor lizard or two. It features two beaches – Long Beach and Banana Beach – with the typical white sand and cerulean coloured seas. As its name might suggest, there’s an abundance of coral to check out both by the beach and a little further out. While the coral can be seen when snorkelling, perhaps the best way to experience its beauty up close is through scuba diving. Coral Island is a popular dive spot for beginners due to the calm seas surrounding it, and it’s even possible to learn how to dive on the island. 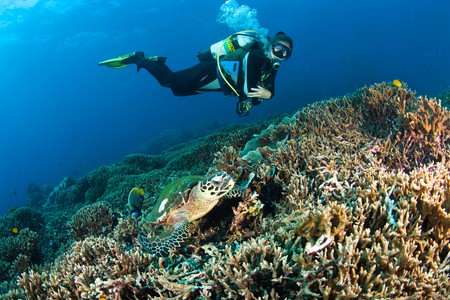 If you’re a diving aficionado, no trip to the Land of Smiles is complete without a visit northwest of Phuket to the enchanting Similan Islands. Regarded as one of the best dive sites in Thailand, there’s a plethora of things to see and do beneath the waves. Divers regularly come into contact with colourful fish and other marine life, with huge manta rays even known to pass through the area on occasion. On the seabed, there are intriguing rock formations to check out, such as East of Eden and Elephant Head Rock, which has a number of formations you can swim through.

Not a diver? Not to worry – on the islands themselves, there’s still plenty to see. Huge boulders are scattered around the islands, making for an interesting landscape and an even better climb. The beaches are as inviting as any in the region, while there are also caves and dense forests to check out, too. 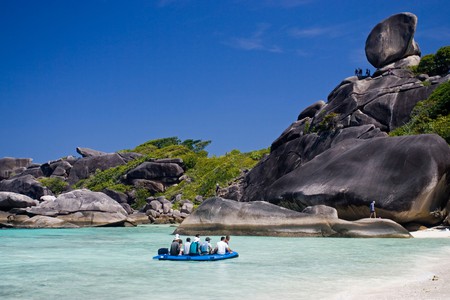