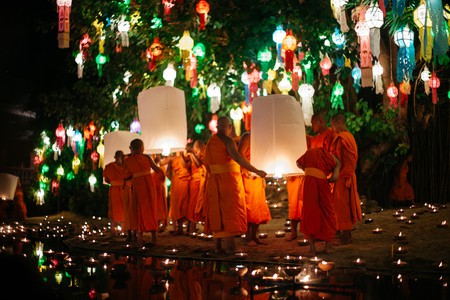 Want to preserve the memory of this year’s Yee Peng lantern festival in Chiang Mai, Thailand, or experience its magic for the first time? Our photography team captured the beauty of this mesmerizing festival – sit back, relax and let us whisk you on a captivating journey.

People sit together to craft handmade krathong (floating baskets) using banana leaves, a selection of beautiful flowers, incense sticks and candles. The krathong are then ‘set free’ on the city’s moats or on the Ping River in a ritual act that signifies letting go of the old and welcoming the new. 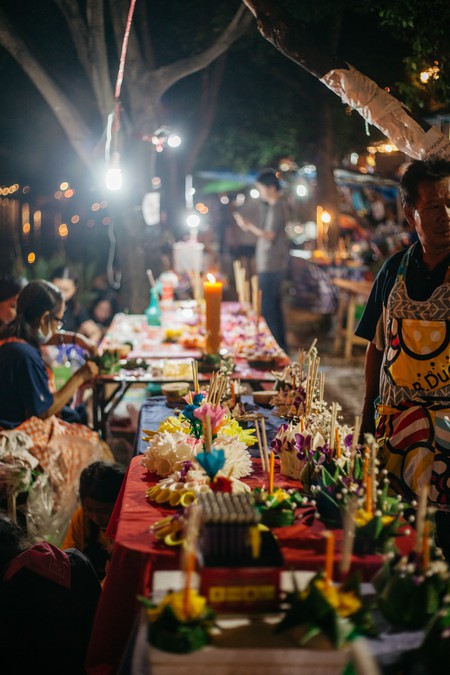 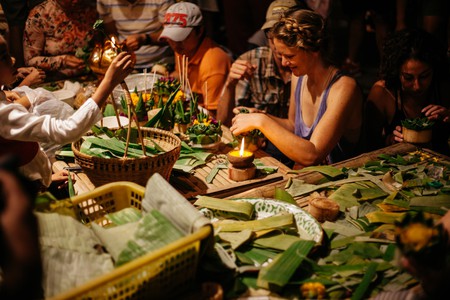 Ready-made krathong are also easily available for people who don’t get the chance to make their own. Krathong, which roughly translates as ‘floating basket’, are beautifully crafted works of art. Try joining in to make your own or buy one from the many street-side vendors. 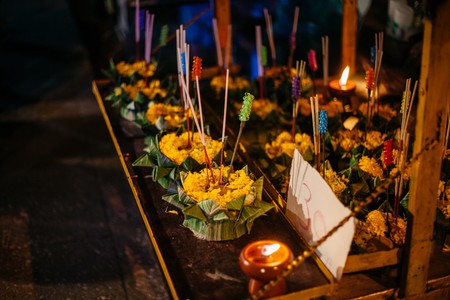 People sit on the banks of the Ping River saying prayers and making wishes before setting their krathong afloat. It is believed that your wish will come true if the candle on the basket remains lit till it is out of sight. A quiet cheer or sigh can often be heard when this happens. 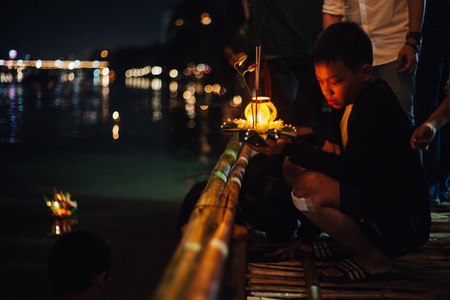 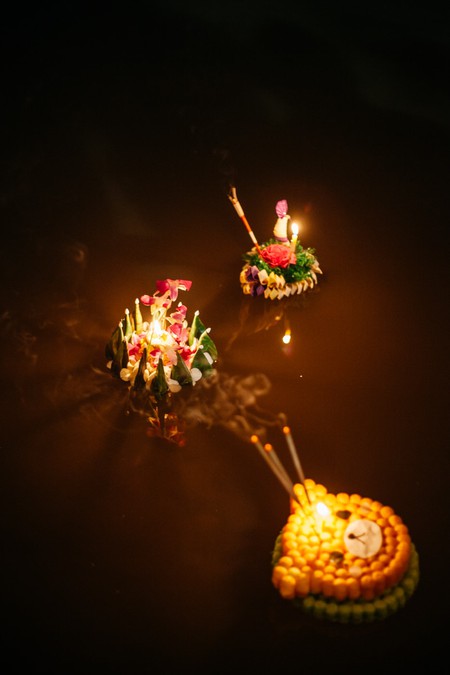 Simpler krathong are constructed with a simple piece of bamboo or banana-tree stem and a candle. As Yee Peng is the Festival of Lights, candles represent passing from the dark into the light, or shedding the old and celebrating new beginnings. 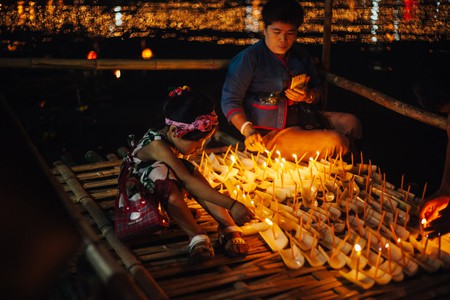 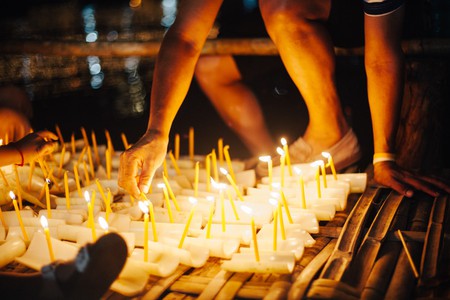 Three Kings Monument is a hub for Yee Peng celebrations, with hundreds of lanterns on display, as well as parades and ceremonies. There are also plenty of food vendors to help you refuel on your trail around the city. Colourful lanterns illuminate the city and swing in the breeze as the weather turns from monsoon season to cool season. The temperatures drop and people are seen wearing jumpers to avoid the chill, especially when on motorbikes. 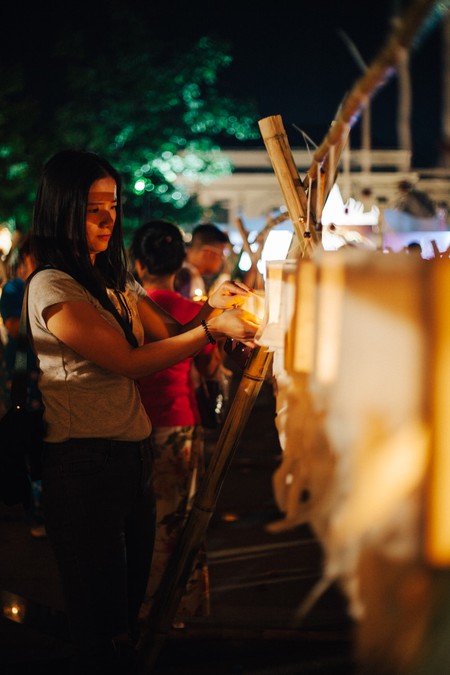 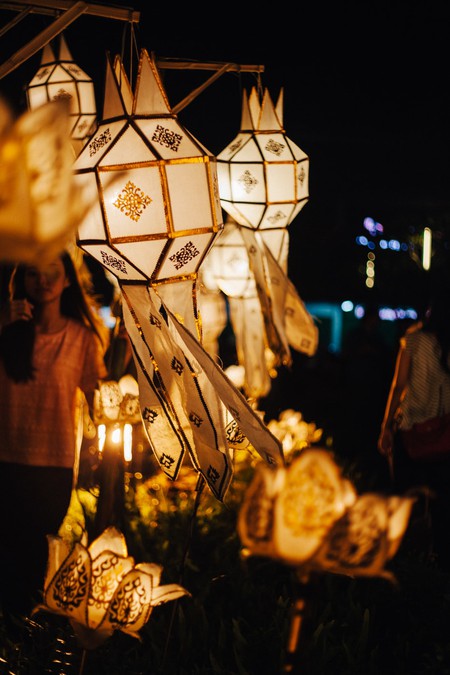 Chiang Mai’s sois (lanes) are transformed into a magical wonderland as they twinkle with hundreds of candles placed outside local businesses and people’s homes. Flowers are also often used to decorate the streets. People stop to marvel at the breathtaking sight, say hello to strangers or to capture the moment with a photo. 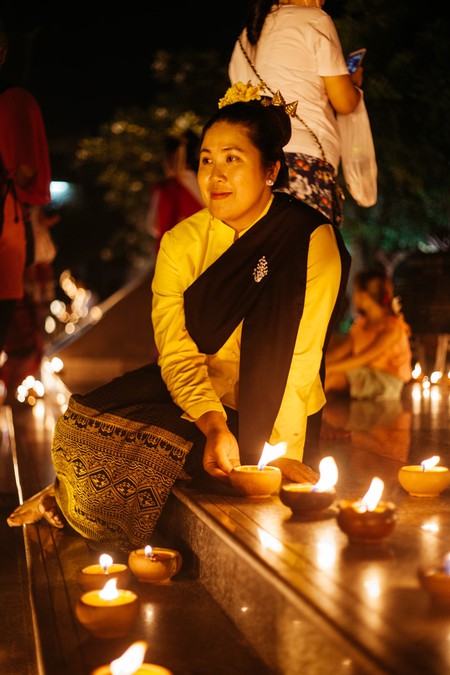 Part of the Yee Peng celebrations is a visit to a local temple, which are decorated with colourful lanterns and candles. This makes them not only an ideal place to come and reflect, but also provides plenty of captivating photo opportunities. 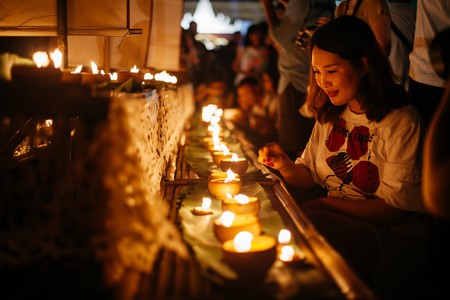 Khom loy (lanterns) are released into the sky for good luck. As a lantern inflates, the person or people holding it make a wish and set it into the sky as it floats up to join thousands of others against a full moon backdrop – truly a sight to behold. 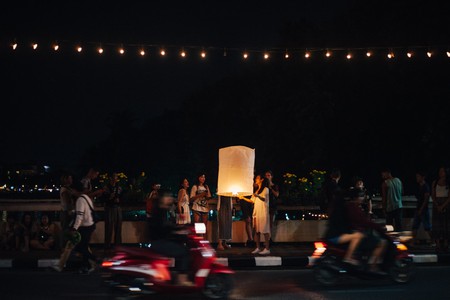 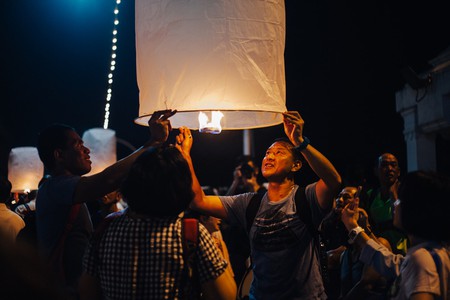 Yee Peng is a Buddhist festival which marks the change of seasons and is all about letting go of the old and welcoming new beginnings. The festival was adapted from its Brahmin origins and has close ties with the ancient Lanna Kingdom. 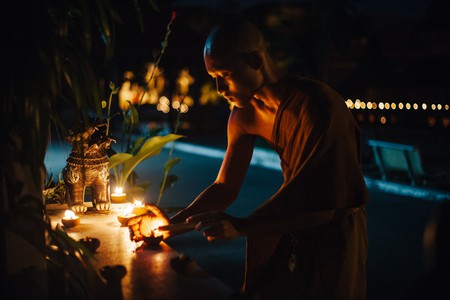 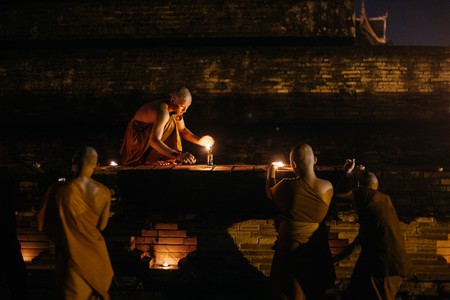 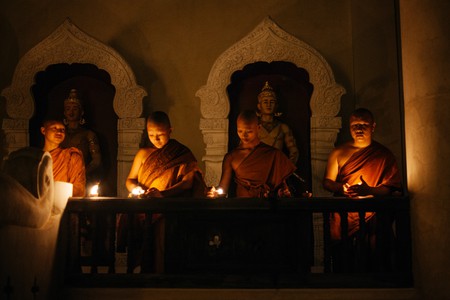 Many festival participants dress in traditional Lanna clothes. One of the highlights of Yee Ping is a parade at the tourist hot-spot of Tha Pae Gate, where the best Lanna attire is showcased. The parade has a celebratory and almost carnival-like atmosphere and is well worth checking out. 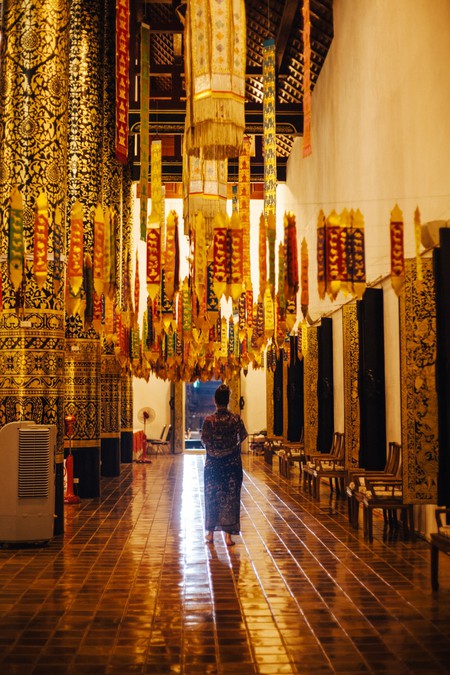 Novice monks meditate among a carpet of candles at Wat Phan Tao in the heart of the Old Town. This is a quintessential image of the Yee Peng festival in Chiang Mai. Monks don’t usually go out at night, but during Yee Peng they can also be seen making their way down the illuminated lanes to and from temples. 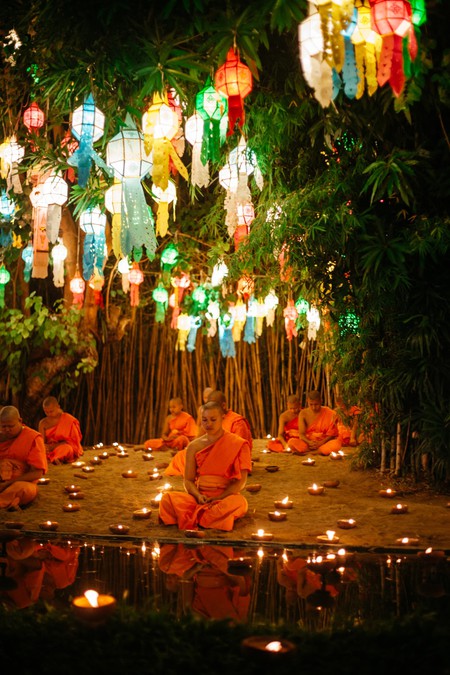 This site might look other-worldly, but, we promise, it’s a reality at one of the most magical festivals on the planet. Wherever you turn during Yee Peng another enchanting sight awaits, so enjoy the moment and savour the memories for years to come. 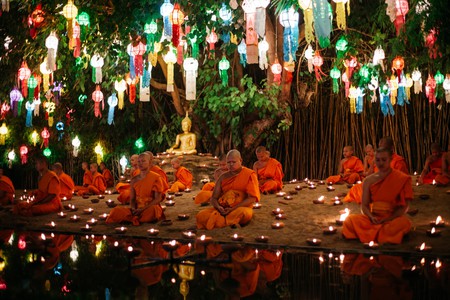 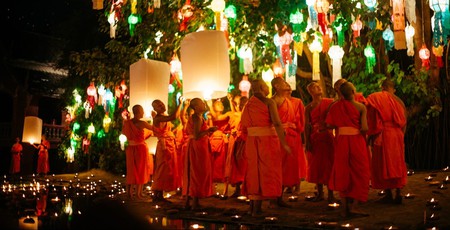 The Yee Peng festival is celebrated each year on the full moon of the 12th lunar month of the Thai calendar, which usually falls in November. Put it on your ‘must see’ list and book early as airfares and accommodation fill up fast. Other towns in northern Thailand celebrate Yee Peng, however, Chiang Mai is famously the best place to experience the Festival of Lights.