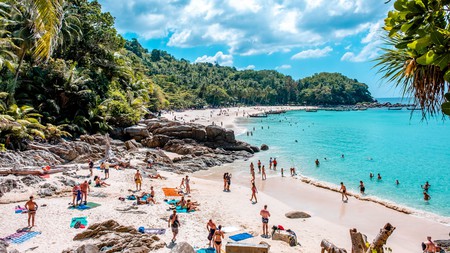 As the largest Thai island, Phuket has so many attractions with which it can wow you | © Ahmet Cigsar / Alamy

Located in the south of Thailand, Phuket is the largest and arguably the most fun of all the Thai islands. It has it all: a large number of entertainment options, top-class shopping venues and some of the most gorgeous beaches in the whole country. With so much to see and do, it can be a little overwhelming, so we’ve compiled a list of the top attractions on the island to make sure the only thing you’re worrying about is what to do first.

To make life even easier, you can let Culture Trip handle the details and join our special 10-day tour of Southern Thailand – including all of Phuket’s best bits and some of the most idyllic islands found nearby. 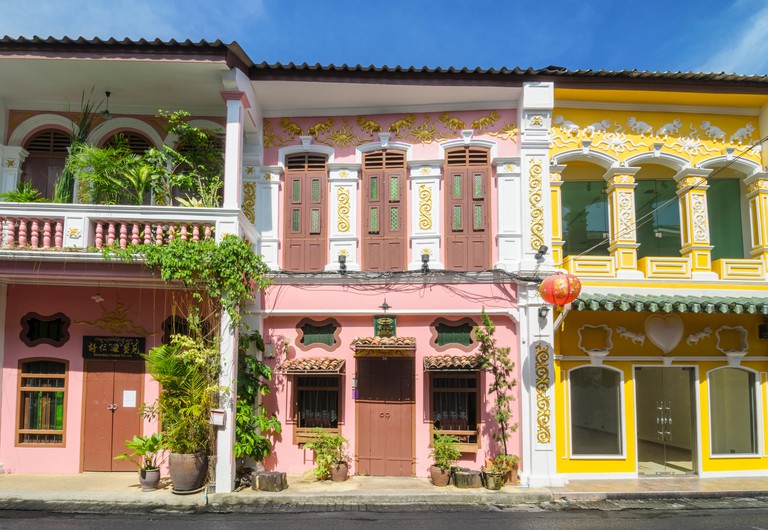 Whilst most may head to the sunny streets of Patong, for a more authentic experience of Phuket, it’s worth going to the Old Town. You’ll find street after street of old, colourful, colonial-style mansions and townhouses hosting cute, cosy stores and eateries. It’s perfect for Instagram and a welcome change of pace compared to some of the more lively districts in the city. 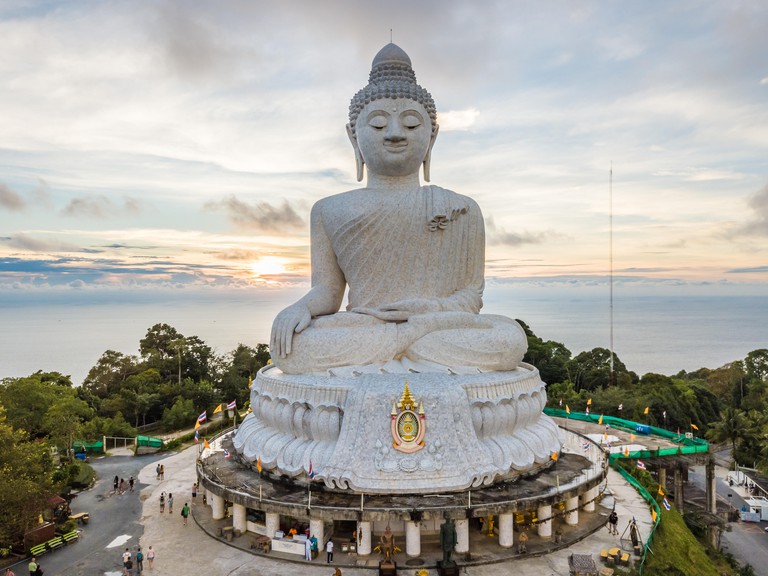 © Martin Deja / Alamy
In Thailand, the majority of the population are practising Buddhists. Although there are countless temples and statues demonstrating their faith, few are as impressive as Big Buddha. A 45m-tall (148ft) white marble statue, it’s worth the walk under the hot sun to see it up close; you’ll be rewarded with glorious panoramic views of Phuket from the summit. 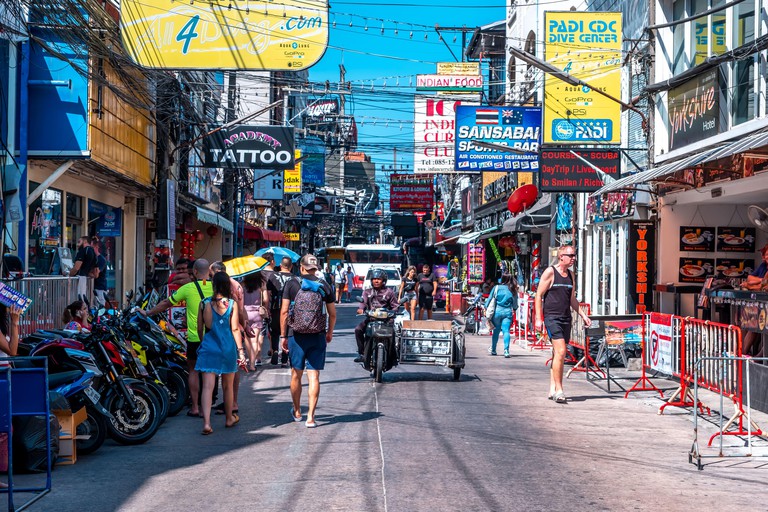 Located in party-central Patong, Bangla Road is a pedestrianised street filled with numerous bars, pubs and clubs on either side. Inside, girls will dance around poles, on stages and even on your table as you take advantage of the cheap beer and laid-back attitudes. You either love it or hate it, but one thing’s for sure; you’ll never have a dull night there. 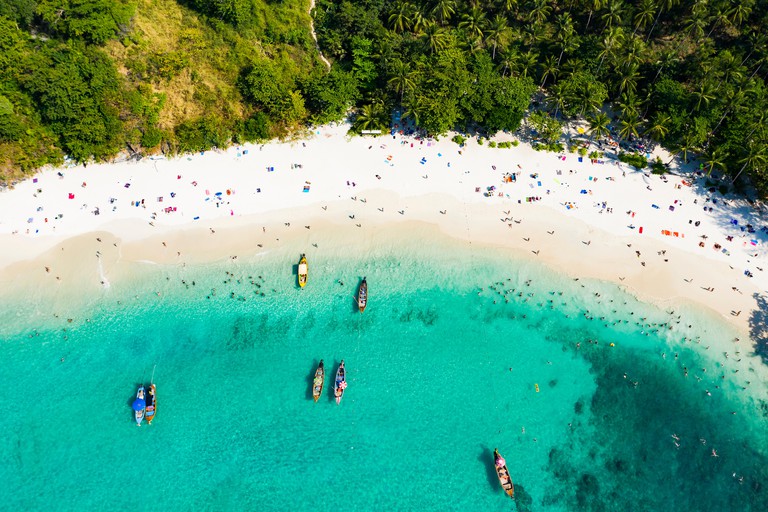 One of many gorgeous beaches in Phuket, Freedom Beach is secluded and pristine. As a result, it’s an empty stretch free from water sports and loud music. Tree-lined – with soft sand and clear, blue seas – it’s a postcard-worthy beach that you can experience for yourself. 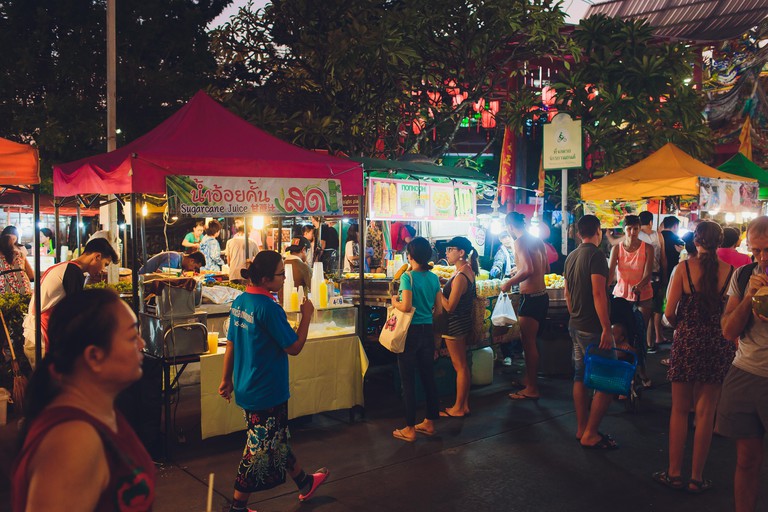 Phuket Weekend Night Market is the perfect place for those who love a bargain. Not only is authentic Thai food prepared and sold here; visitors can also get their shopping fix since there are plenty of stalls selling everything from perfumes and t-shirts to handmade crafts. With low-priced dishes and plenty of gift options, it’s ideal for trying new foods and putting your haggling skills to the test. 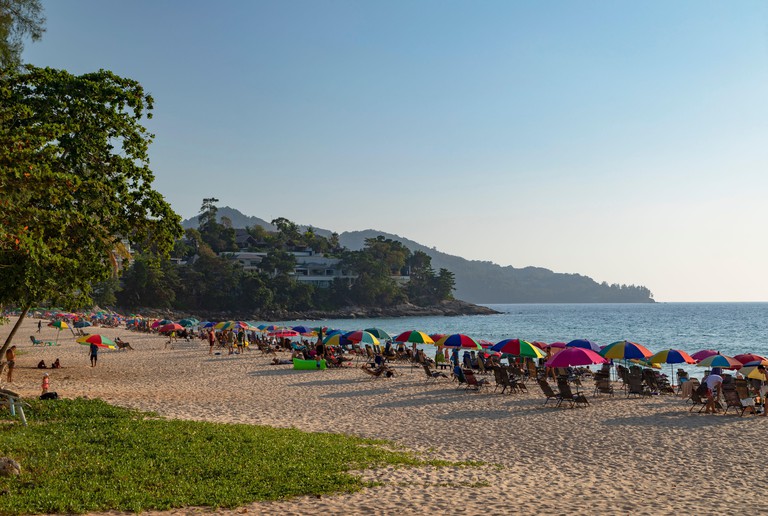 All it takes is a quick look at Surin Beach to see why it’s so popular with the wealthy and famous denizens of Thailand. Crystal-clear water and soft, white sand both feature here, as do numerous high-end resorts, restaurants and bars. Picturesque and peaceful, it’s the perfect alternative to the crowded, noisy and dirty beach of Patong. 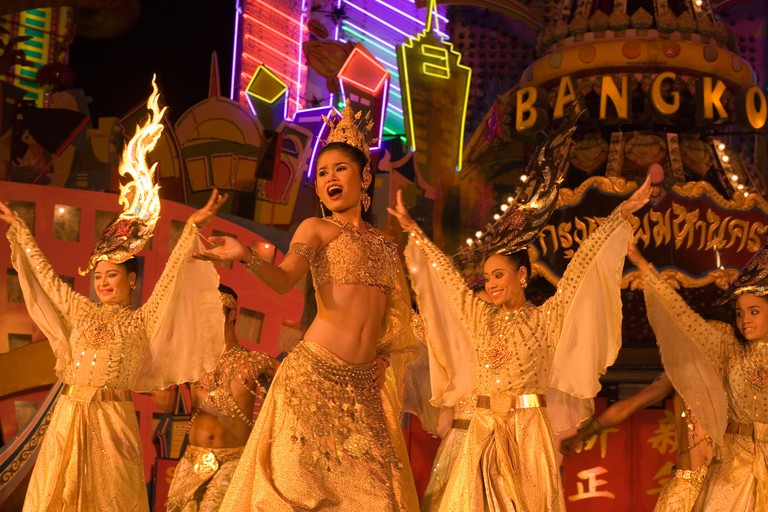 The biggest show on the island, Fantasea, is done at such a scale that it wouldn’t look out of place in Vegas. It’s a huge, enchanting complex that’s home to a theme park, places to eat and several shows. Visitors are in for a spellbinding time as they learn about Thai culture and history through various performances. 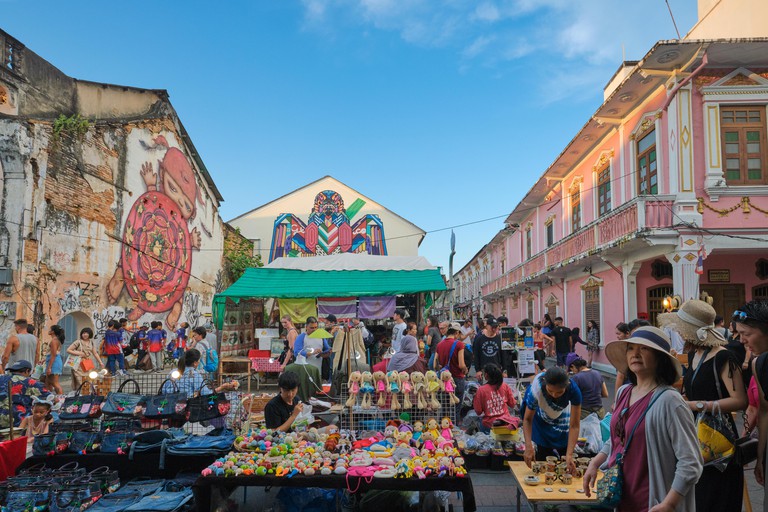 Set in the scenic Old Town of Phuket, the walking street market is the place to be to sample traditional, southern Thai cuisine. Aside from the delicious food, those lucky enough to visit can shop for authentic Thai handicrafts and gifts under the scenic Chinese lanterns and between the pretty, colourful buildings. 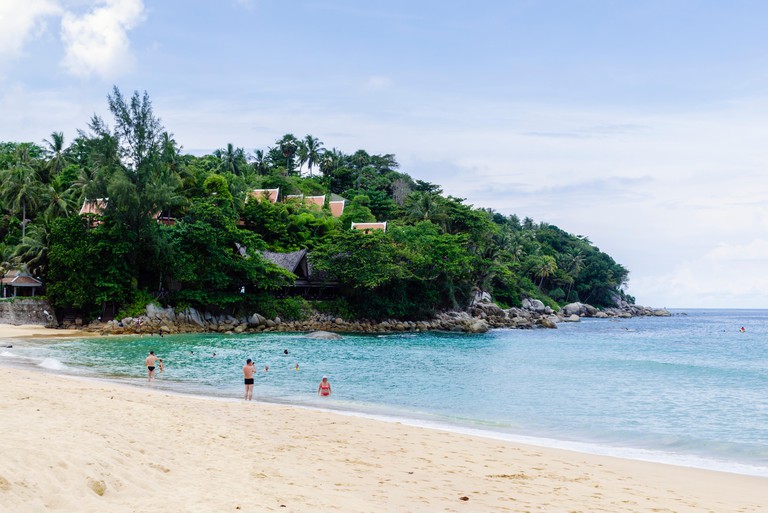 In the western resort town of Karon is Karon Beach: a long, gorgeous bay of powdery-soft sand and incredibly inviting blue sea. Though the thought of relaxing in this paradise is good enough, there’s also a lot more to do here than sunbathe and swim. The town of Karon has a number of quality restaurants and bars to enjoy, with sweeping views of the bay and the sea. There’s also Wat Suwan Khirikhet temple to check out. 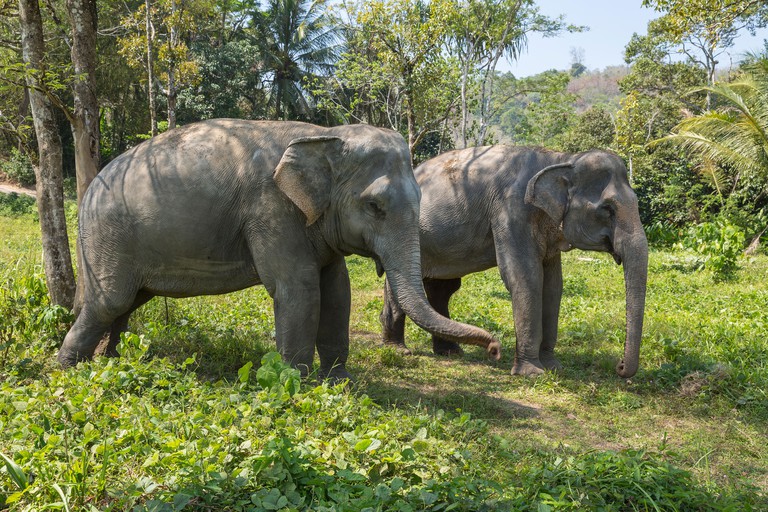 Thailand’s national animal is the elephant, but sadly many are still abused, forced to perform and cruelly ridden by many in the country. Fortunately, places like the Phuket Elephant Sanctuary exist to both educate visitors about the animals’ plight and rehabilitate those who’ve been mistreated in the past. You can not only learn about elephants but also have fun feeding them and observing them in their newly found freedom. 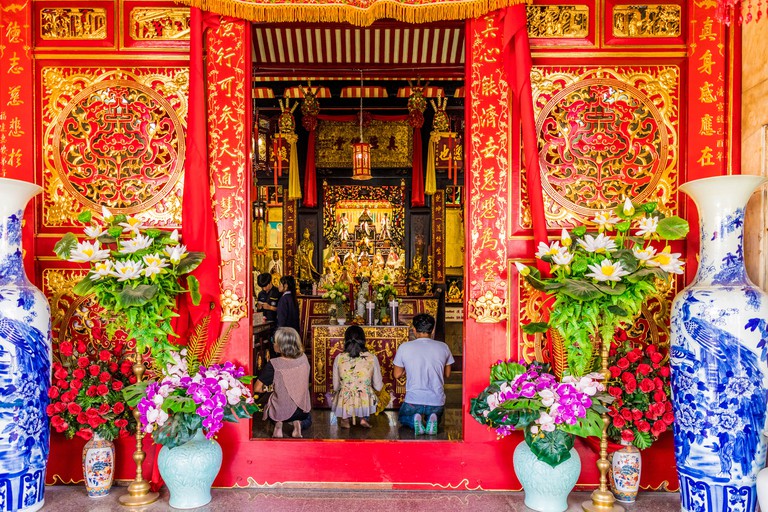 A shrine that houses statues of Chinese gods, the architecture here is different to the typical Thai temples and makes for an impressive sight. Not only is it one of the most beautiful shrines in Phuket; it’s also an important cultural site. It plays a pivotal role in the yearly Vegetarian Festival, in which devoted followers pierce themselves with various things. 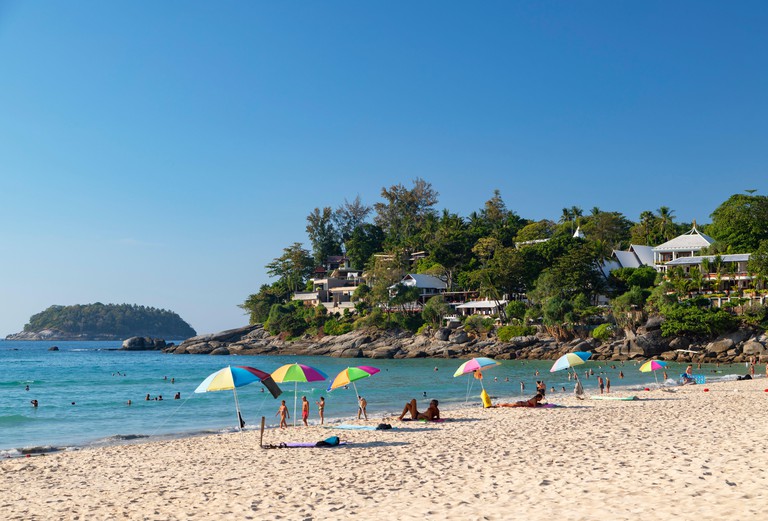 A small but perfectly formed beach on the western coast of Phuket, the perfect sand and clear, turquoise water of Kata Noi are perfectly complemented by the surrounding green tree line. The current isn’t strong here, making it perfect for swimming, not to mention ideal for couples or families. 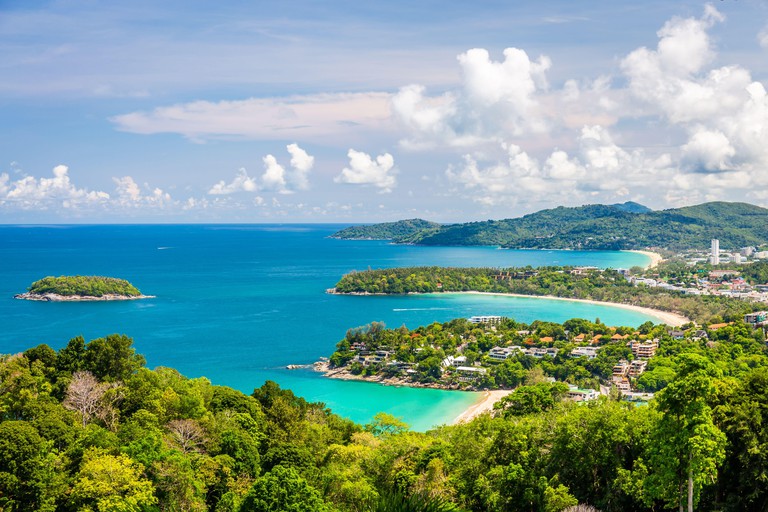 Sitting on the beach all day not really your thing? Then the Karon Viewpoint might be for you. It’s an elevated location that features unbelievably beautiful views of the three bays of Kata Noi, Kata and Karon that’ll make you feel as though you truly are in paradise. 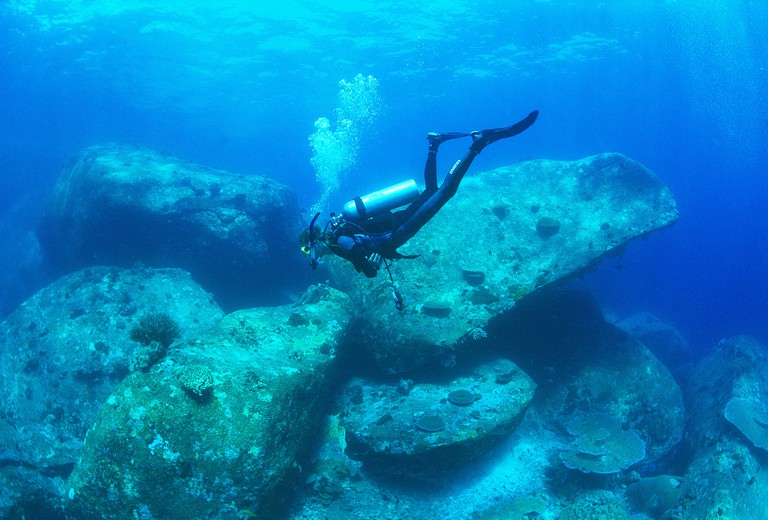 For diving aficionados, Phuket is heaven on Earth. Phuket is home to a number of great dive sites, from the engrossing corals off of nearby Coral Island to exploring a real-life wreck. It’s also possible to go on day trips from Phuket to the Similan Islands, thought to be among the best dive sites in Thailand – if not the best in the world. 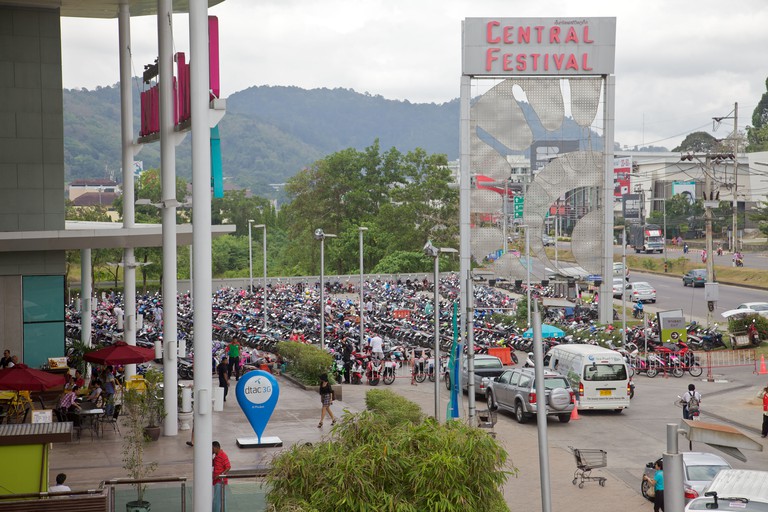 Phuket feels more like a city at times than an island, and that’s partly down to the Western charms. One such charm is the shopping facilities, with Central Festival being king among them. With several floors of popular Western high-street stores such as Zara and H&M, not to mention the tonnes of eateries and a cinema, it’s ideal for those days when it’s raining or you’re just feeling a shopping spree coming on. 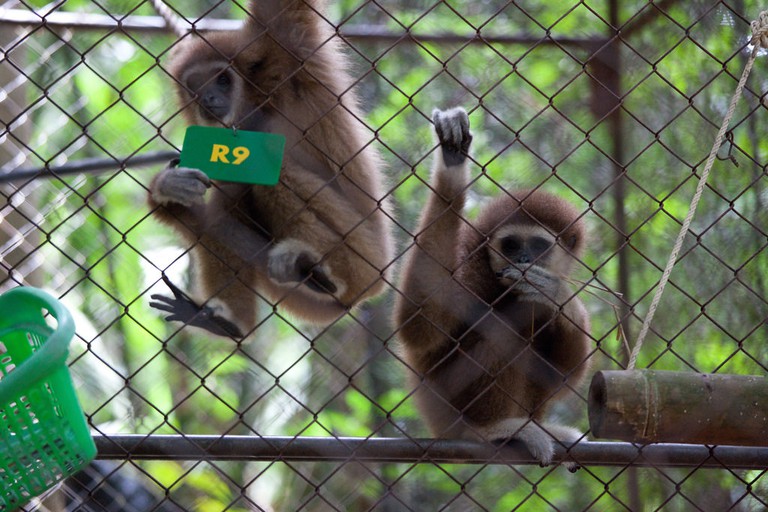 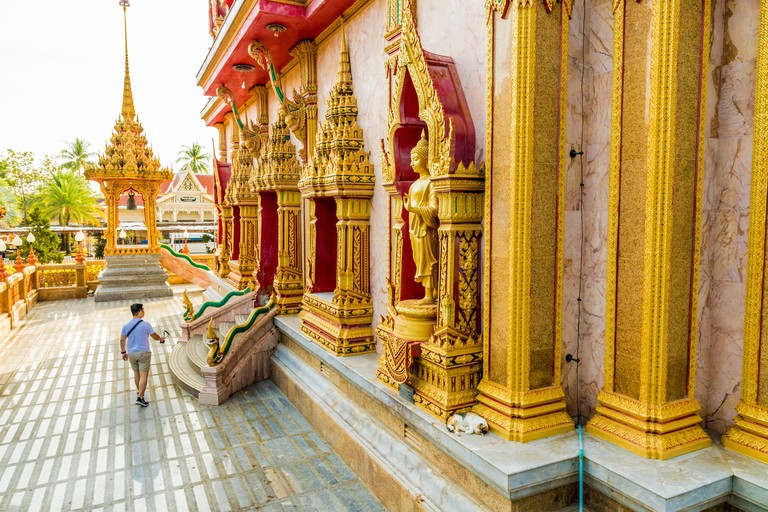 Established in the early 19th century, Wat Chalong houses a 60m-tall (197ft) chedi that houses a splinter from the bones of the Buddha himself, making it a particularly revered attraction. The exterior of the temple is immaculate and beautiful, whilst, inside the pagoda, you can find paintings on the walls that depict the life of the Buddha, along with many golden statues all over the grounds. 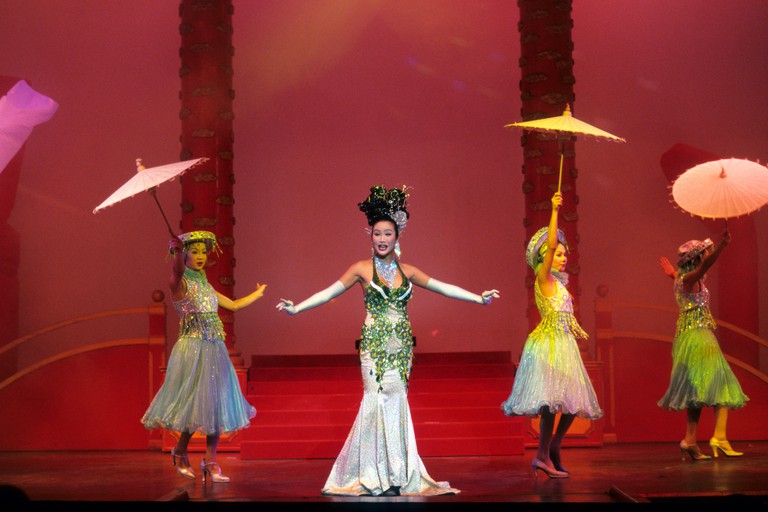 Patong is home to the Simon Cabaret Show. Each performance sees wonderfully talented “ladyboys” donning glitzy outfits before singing, dancing and acting their hearts out to the crowd in a wonderfully over-the-top manner. 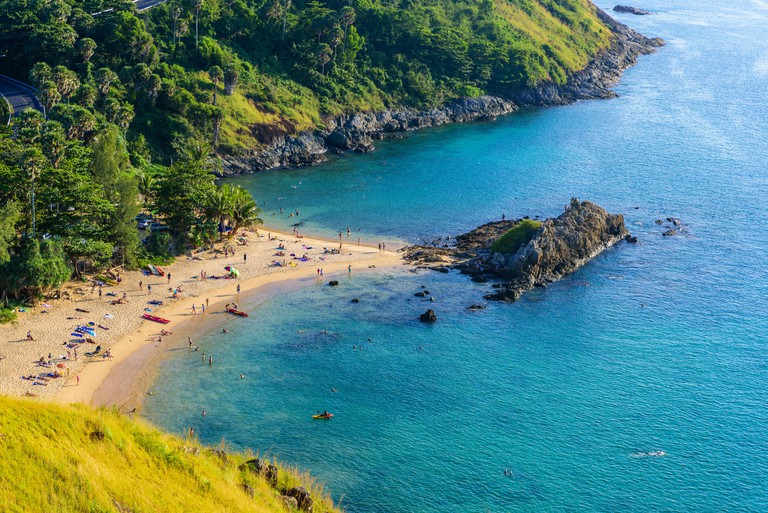 The most famous and arguably most beautiful viewpoint in the whole of Phuket, Promthep Cape, is the best place to sit back with a loved one and watch the sunset into the sea. A gorgeous cape with bay and sea views and a lot of greenery, it’s romantic, beautiful and every bit the sort of scenes you imagined you’d be seeing when you boarded the plane for Thailand in the first place. 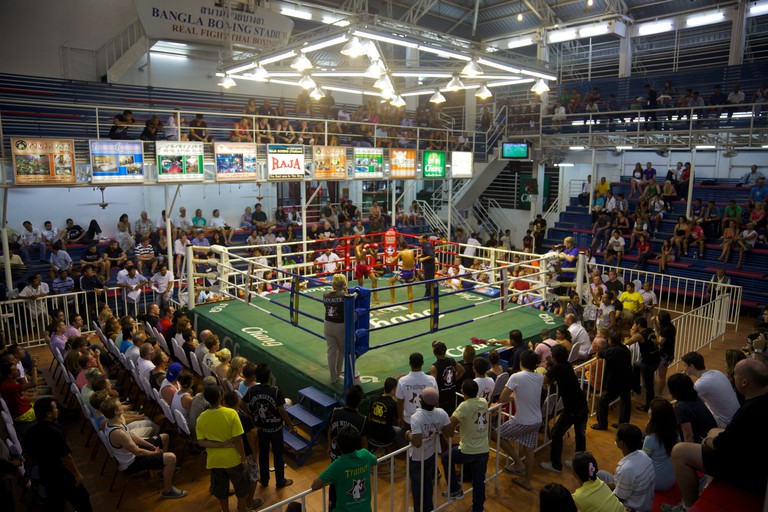 The national sport of Thailand, Thai boxing, seen in the stadium in Patong, allows competitors to strike one another using legs, fists, knees and elbows in a bout that’s not for the faint of heart. Aside from the violence, it features traditional Thai music and pre-match rituals that are worth the admission price alone.

For more options, discover our guide on the best towns and villages to visit in Phuket.