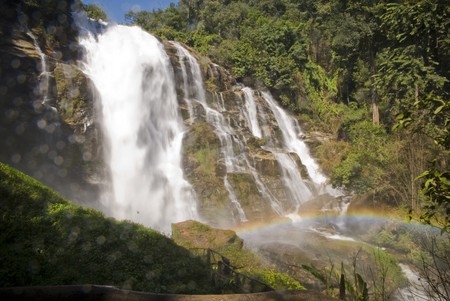 Northern Thailand is full of gorgeous natural wonders that will leave you awestruck! Sit back and relax while we take you on an inspiring armchair journey through some of Thailand’s most beautiful landscapes. Warning: Don’t be surprised if you’re reaching to book a plane ticket once you’re done. 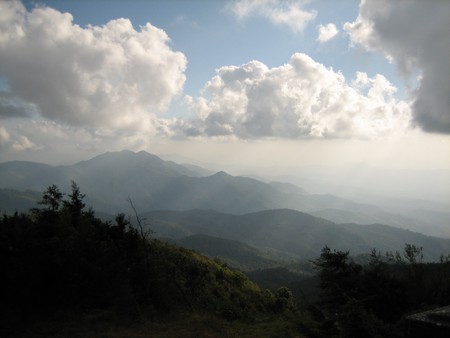 A rainbow forms at the foot of a waterfall in Chiang Mai.

A chestnut-tailed minla bird poses for a photographer on a branch. 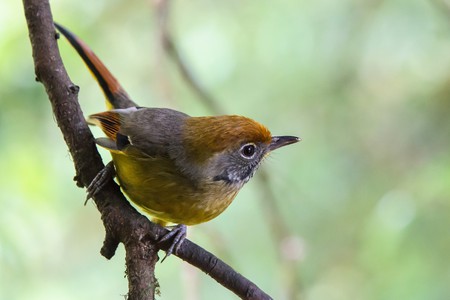 The perfect place to be at one with nature is a short distance from Chiang Mai city in Doi Suthep – Pui National Park. 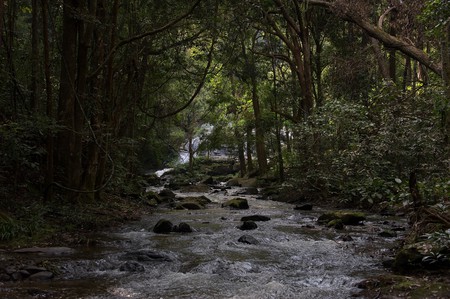 Chiang Dao is a great place to trek and to explore caves. The stunning bat cave is featured here. 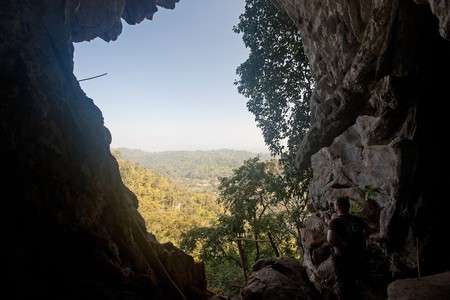 Early morning clouds roll off the mountains in northern Thailand. 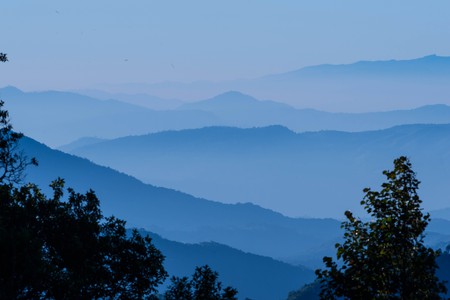 Vibrant colours and lush landscape dazzle after the monsoon rains. 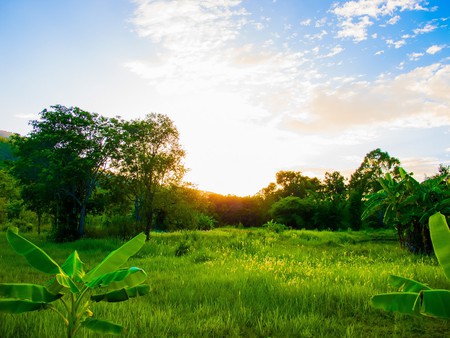 Bua Thong Waterfalls in Chiang Mai are also known as the “sticky waterfalls” as you can climb up the limestone falls like a lizard. 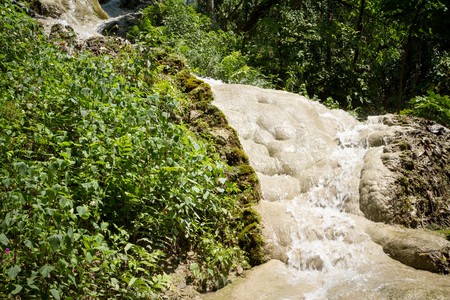 Hiking in northern Thailand is full of beautiful vistas like this one. 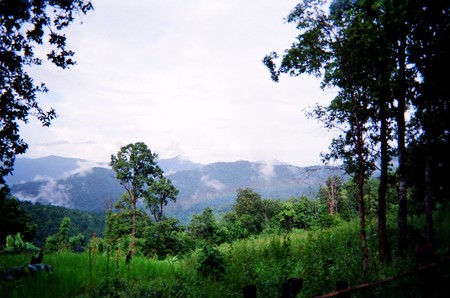 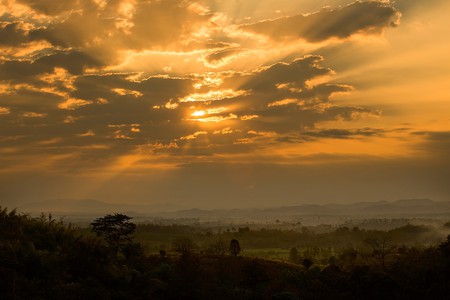 The mighty Mekong River where Thailand, Myanmar, and Laos meet at the Golden Triangle. 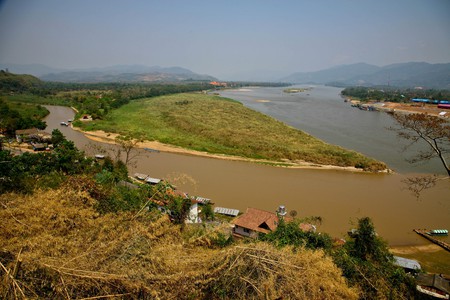 The sunsets over farmland in Chiang Rai during burning season. 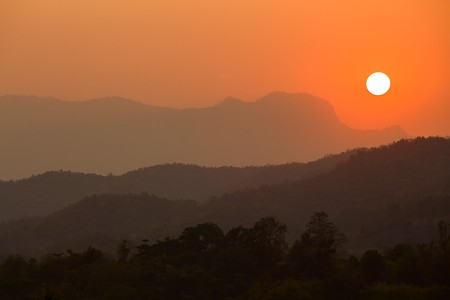 The stunning lake in Rak Thai village (also known as “Maw Aw”) nestled in the mountains in Mae Hong Son province on the Myanmar border. 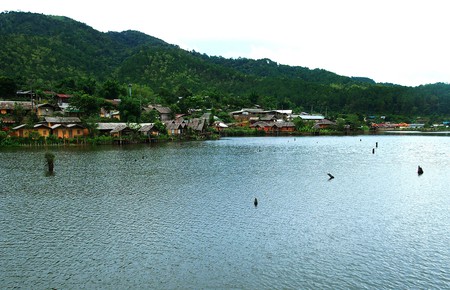 The view from Doi Luang Chiang Dao down into the valley as the sun beams through the clouds. 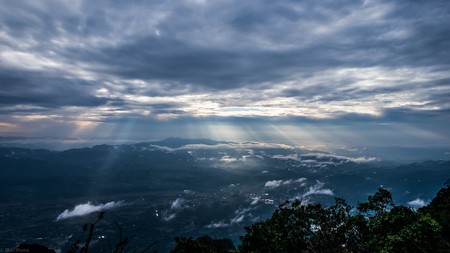 A beautiful waterfall cascades through the lush jungle at Doi Inthanon Park. 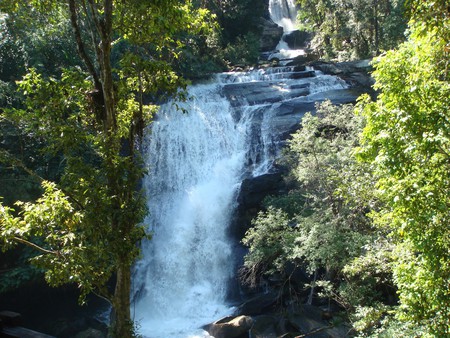 A beautiful butterfly settles after the rain in Chiang Mai. 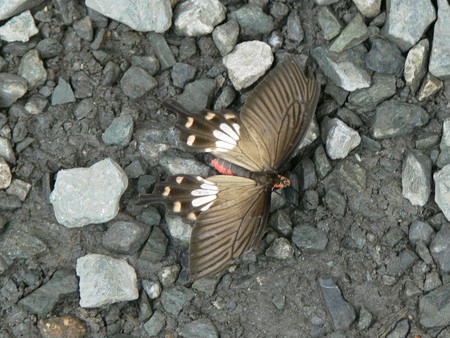 The mountains of northern Thailand are covered in luscious tropical jungle. 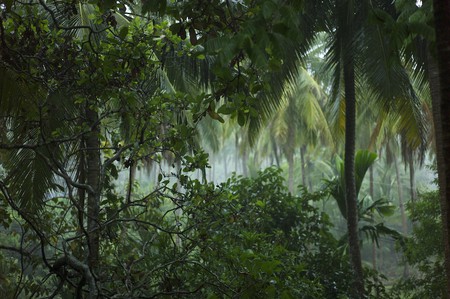 This is what awaits you when hiking along the ridges of the canyon in Pai. 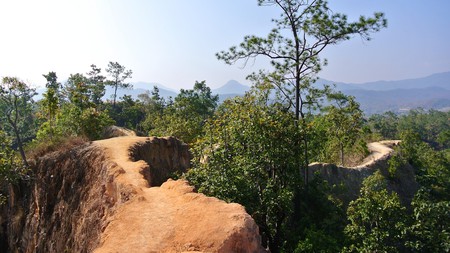