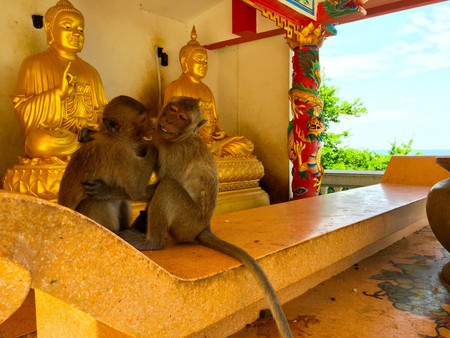 Traveling to Thailand can be a life-changing adventure, however, this is not always a good thing. Accidents happen, and it is always better to be over-prepared than under. From what to do to, what to drink and more, here are 17 Thailand travel tips that just might save your life.

Diseases can be spread by mosquitos, ticks, and even some flies. Thailand had a staggering number of cases of dengue hemorrhagic fever this year, for which there is no specific antiviral treatment. Thailand was also one of the multiple Southeast Asia countries that battled the spread of the Zika virus this year, with over 680 reported cases in 2016. In addition to insect repellent, it is also smart to cover up with clothing when possible to avoid bites. 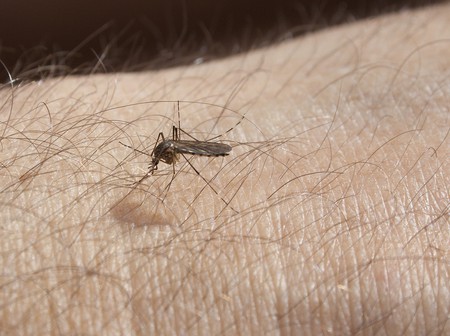 Thailand’s tropical climate can be brutal, and overexposure to the sun can cause visitors to get some pretty bad sunburns. The hot season in Thailand is from March until June, which is the most crucial time to apply sunscreen – and plenty of it. Sunscreen can be purchased at affordable prices in Thailand for those who forget to bring it along for their journey. 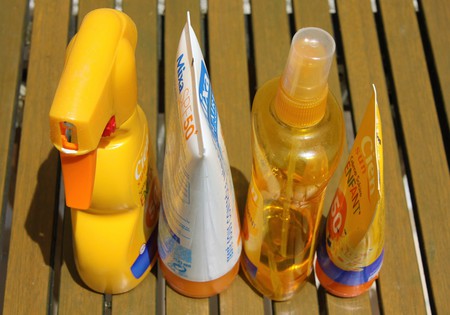 Make sure you apply plenty of sunscreen | Pixabay

Many vaccinations are required for those who travel to Thailand, so those hoping to head to the Land of Smiles should first make sure they are up to date with all of their shots. There are additional vaccines that the U.S. Centers for Disease Control and Prevention recommends in addition to the required ones, including hepatitis A and typhoid. In some rare cases, the CDC recommends more specific vaccines and medications in order to prevent contracting hepatitis B, Japanese encephalitis, malaria, rabies, and yellow fever. 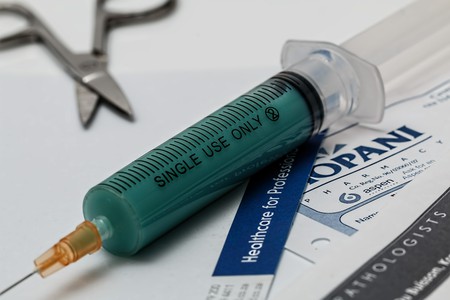 No particular organization recommends those traveling to Thailand to drink bottled water as opposed to water from a faucet. That being said, even the locals tend to steer clear of drinking water out of the sink. Just to be safe, we suggest following their lead. Diseases like typhoid and hepatitis A can also be contracted through contaminated water in Thailand. 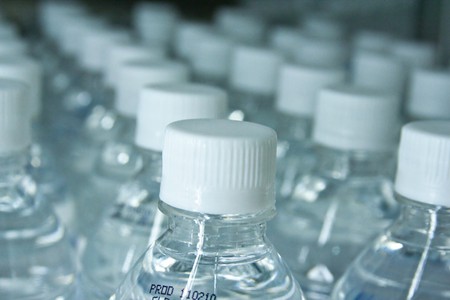 Have multiple forms of identification

By law, visitors to Thailand are required to carry a form of identification on them at all times. This does not necessarily have to be your passport, and you might never get stopped and asked to see your identification. It is because of this, however, that we suggest never giving your passport to anyone when renting a motorcycle, which is used as a common form of insurance. Instead, offer them a student identification card, license, or a copy of your passport. 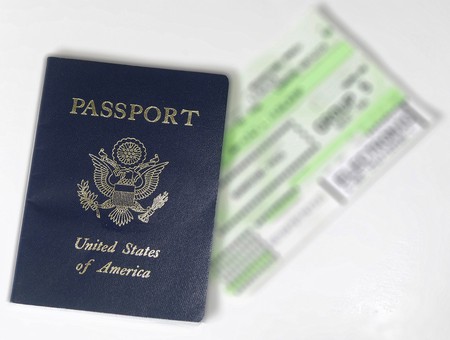 Hit the streets and find some serious eats, however, be aware that not all of the vendors in the Land of Smiles are concerned with cleanliness. It should be fairly obvious which food stalls visitors should feel free to order from and which ones are better off avoiding altogether. 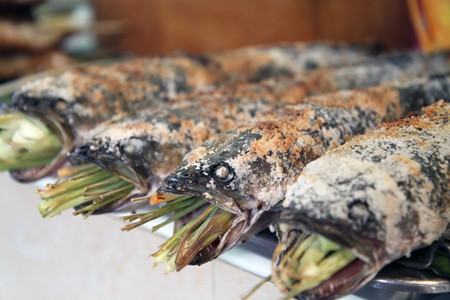 Do not drive a motorcycle in Bangkok

Many tourists come to Thailand and assume that they can drive a motorcycle simply because everyone else does. While this is certainly a convenient and easy way to get around the country, we do not suggest renting one in the City of Angels. Thailand is home to the world’s second-most-dangerous roads in terms of deaths per capita, according to a 2015 report from information collected by the World Health Organization. Many of these accidents involve motorcycles, and Bangkok’s crazy roads and frequently reckless drivers are not the place to find out whether or not you can drive a motorcycle. 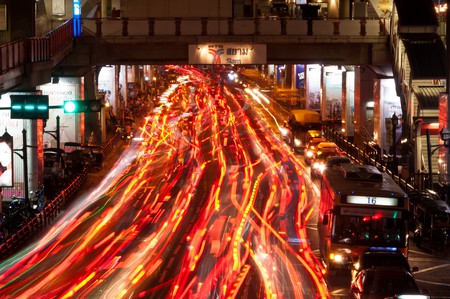 Whether you are staying in a budget-friendly hotel or a dirt-cheap hostel, you never know when a padlock might come in handy during your travels. Keep your valued possessions locked up whenever possible, including forms of identification, electronics, medications, and any spare change you might have. 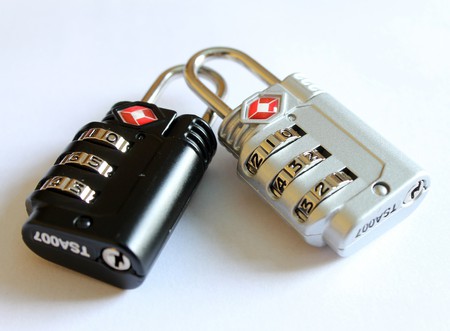 It’s a good idea to buy a padlock; you never know when you may need one | Pixabay

There are plenty of red-light districts in both Bangkok and other parts of the country. While they are certainly worth a visit to see the strangeness of it all, we advise steering clear of partaking in the activities. Feel free to have a beer or two and do some people-watching, but be aware that prostitution has been illegal in Thailand since 1960. 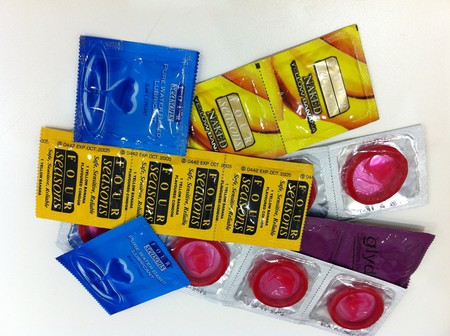 While we wholeheartedly encourage tourists wanting to enjoy an alcoholic beverage or two, there are a few things to be aware of before ordering a drink. For one, the drinking age in Thailand is 20. You should also note where it is you are drinking; while there are exceptions every now and then, you should not drink in temples or places of worship, pharmacies, public offices, education institutions, gas stations, stores, and public parks as it is illegal.

Visitors should be wary of their most precious belongings at all times. The number of street crimes, including theft, robbery, and car break-ins has significantly dropped in the last year, according to a Bangkok Post article; however, it is always good to ensure your bag is securely fastened around the whole of your body, just in case. 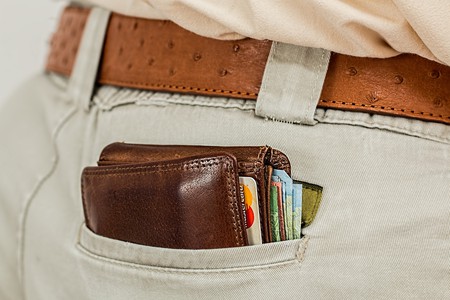 All types of gambling are prohibited in Thailand, and even so much as having a deck of cards could potentially get visitors into unwanted trouble because of the Playing Cards Act. There were rumors last year that casinos would soon be legalized in Thailand because of the revenue it would bring in from tourists, but that has yet to happen. 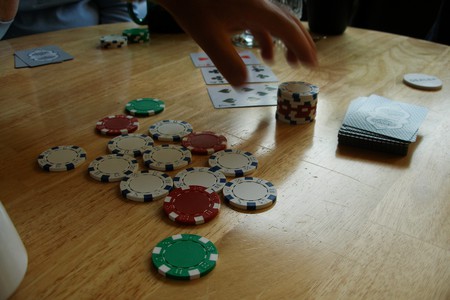 Tourists are really good at getting ripped off in Thailand. From gems to jet skis, there are certainly more than a handful of con artists ready to prey on tourists. Be wary of what the most common scams are (taxis without meters, sex-show scams, etc.) and try to avoid them if you can. 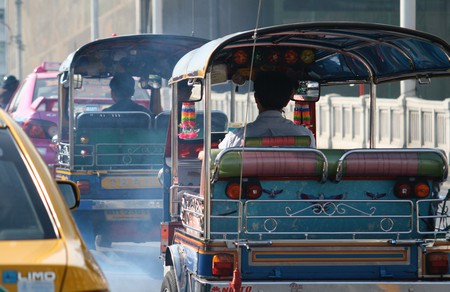 Animal tourism is big business in Thailand, but tourists are often unaware of the systematic torture these animals must endure before they are able to be ridden, paint pictures, dance, or whatever activity it is they are forced to do for spectators. Research an attraction before visiting, or avoid animal attractions altogether. 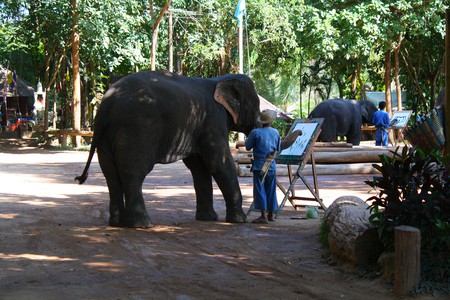 There are plenty of places in Thailand where visitors can get close to monkeys in their natural habitats; there is even an entire beach in Koh Phi Phi dedicated to them. You might be tempted to give them a scrap of food because, well, they are just so incredibly cute. When people feed monkeys, however, these animals start to associate people with food, and this leads to an onslaught of problems. If monkeys do not get the food they grow accustomed to from humans, they can become aggressive and bite (so we hope you have your rabies shot). If they are fed continuously, they can also lose the skills they need in order to be able to feed themselves in the wild. 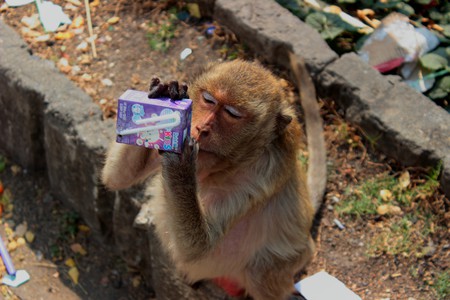 Don’t talk about the monarchy

Thailand has strict lèse-majesté laws in place that essentially prohibit anyone, both Thais and foreigners alike, from criticizing the government in any way; those who do are legally subject to punishment, and so could face jail time. 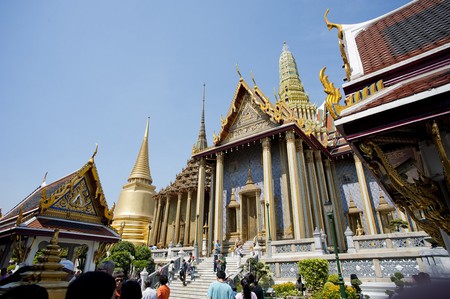 Buddha images are regarded as sacred in Thailand. Any kind of Buddha souvenir, whether an image or statue, can leave the country without an export license or permit, depending on its size and whether or not it is considered to be an ancient or prehistoric object. Our best advice is to not purchase any at all. 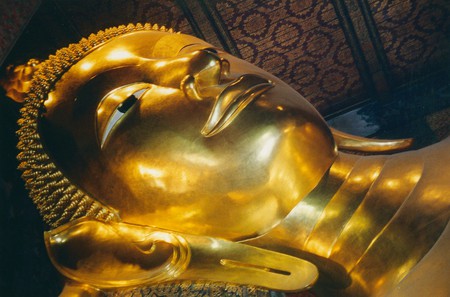