11 Places You Should Avoid on Any Trip to Bangkok 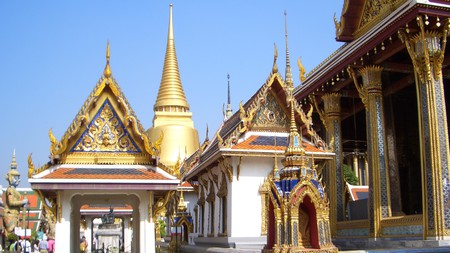 Bangkok is the most visited city in the world, thanks to its luxury shopping centres, world-class bars and restaurants and airports that serve as gateways to Southeast Asia and the world. Yet for all its charms and attractions, it isn’t without its places to avoid. Whether they’re due to popularity, seediness, scams or danger, here’s a list of places you may want to avoid if you’re heading to Bangkok.

Khaosan Road has been the premier backpacker haven in Bangkok and Thailand for several years now. Any night of the week will see its streets full of travellers sporting large backpacks and dime-a-dozen elephant pants. The trouble is, it’s been done to death. The role the internet has played with popularising travel and the improving language skills of Thai people means there’s no need for a backpacker-centred street anymore. Instead of meeting fellow countrymen, getting bad travelling tips you could just as easily find online and drinking the same buckets and lager, head to the trendy areas of Bangkok such as Ekkamai and Thonglor, and rub shoulders with the locals instead. 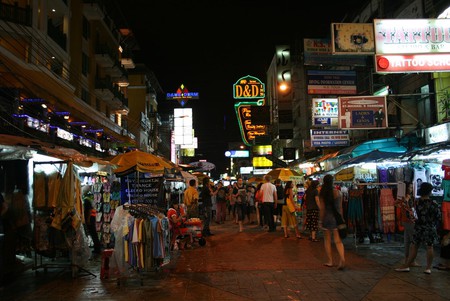 To many people, Bangkok has a seedy reputation that’s unjustified and unwarranted, but places like Patpong only serve to cement it further. A street covered in garish neon lights, scantily clad workers and more scam artists than you could shake a stick at, it won’t add anything meaningful to your trip and, whilst it may have a scattering of market stalls and shops to look in, avoiding it will probably save you a few thousand baht that would be better spent elsewhere. 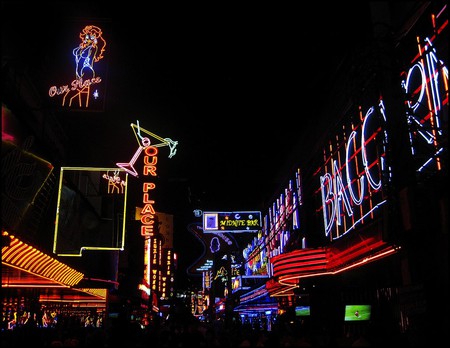 Make no mistake about it – Nana Plaza is basically a three story complex devoted to go-go dancers, bar girls and “ladies of the night”. If you’re into that sort of thing, it might be the first place on your list, but if you’re not then there’s simply no reason to come here. Instead, leave it to the sexpats and head elsewhere for nighttime entertainment that won’t leave you cringing and feeling a little sad. 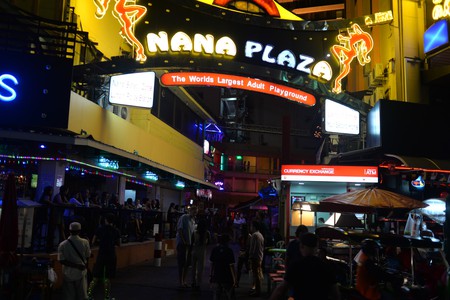 Named as such because of the cowboy-hat wearing American who opened a bar here, Soi Cowboy is pretty much a watered down version of Patpong. It still has the go-go bars and the overly-friendly staff, but they aren’t quite as pushy and it’s generally a little less seedy – though still far from being rated U for universal. You’ll find plenty of similar places in Pattaya and Patong in Phuket, so you’d be wise to give this a miss in favour of some of Bangkok’s better, more wholesome attractions.

Don’t get us wrong – the Grand Palace is undoubtedly a beautiful place, but all that beauty is hard to take in if you’re being elbowed and shoved by tour groups and over-zealous travellers. It’s hot and sweaty on the best of days, and there’s an awful lot to take in – so save the entry fee and take in one of Bangkok’s quieter but still beautiful temples instead. Walking around the grounds and taking in the sights from a distance is also a great way to see a wider picture and admire the beauty of the palace without fighting other travellers for space.

As far as markets go, Chatuchak is one of the biggest in the world in Asia. Yet quite often, its size proves to be its downfall. Fully exploring this market is quite a mission, as it stretches on and on and on, and then there are the tonnes of tourists and locals with the same idea to contend with, making navigating it even trickier. If you really need to get your market shopping fix in Bangkok, head to a smaller, more interesting market such as Rod Fai, or save it until you’re exploring other provinces in Thailand.

Since appearing in The Hangover, Sky Bar has proven to be one of the more popular attractions in Bangkok with tourists – and who can blame them? Enjoying a cocktail with views from the 64th floor takes some beating. The problem is, however, that you’ll be sharing the view with plenty of others who had the same idea, making it hard to enjoy when you’re so cramped and struggling to get the right picture for social media. Bangkok has plenty of bars with good views – most of which are cheaper that the Sky Bar anyhow – so pass on this one and choose another.

Much like with the Grand Palace, Wat Pho too suffers from overcrowding, making for an uncomfortable viewing experience that tends to ruin the magic. Though rather than missing out on your fix of giant Buddha statues, don’t despair! There are alternatives. Instead of Wat Pho, head to Chinatown and take in the sights of Wat Traimit, which is home to the largest gold Buddha in the world – and it’s free. 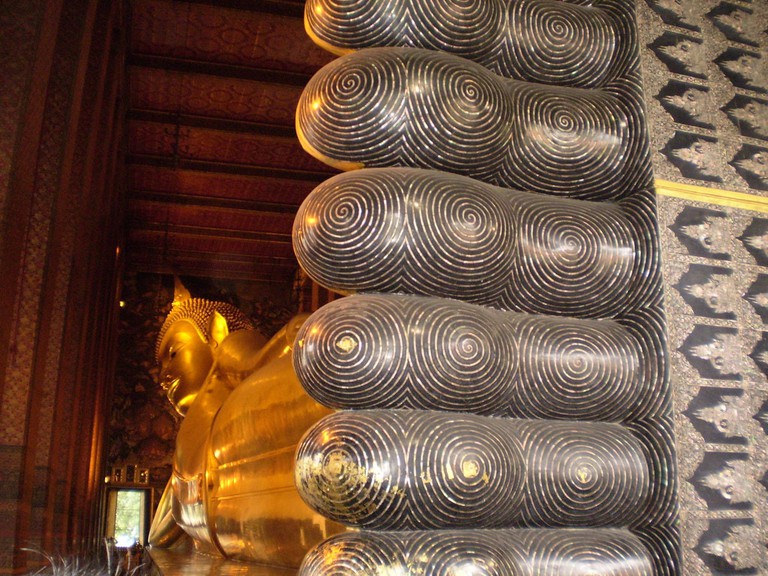 Any tailor or gem shop

Bangkok, like most major cities around the world, has its fair share of scam artists – though luckily they’re easy to spot if you know what to look for. Examples of these scams include the numerous tailor and gem shops. Whilst some tailors are legit, many will simply take your money and never produce what you order, or they’ll produce it in a much lower quality than you expected. With gem shops, they’ll tell you about how valuable they are and of the profits you can make back home – which is, of course, nonsense. If you’re looking for a suit or jewellery, make sure to do your research online first.

The Tourism Authority of Thailand (TAT) is a governmental organisation with no retail stores, yet you’ll come across many people encouraging to visit their TAT stores to get cheap travel or attraction tickets. These places are bogus, and tickets you buy will either be counterfeit, not as advertised or much more expensive than elsewhere. Like with tailor and jewellery stores, do you homework first and don’t get lured into a trap.

Whilst it may have a market that you might want to check out, Khlong Toei is an area best avoided. Bangkok isn’t particularly dangerous if you’re acting sensibly, but Khlong Toei is famous for its huge slum, many of which’s inhabitants have substance addictions to drugs such as “ya ba“. Many taxis will refuse to drive through it at night, so you’d be better off following their lead. Besides, poverty tourism isn’t a cool thing to do anyway. 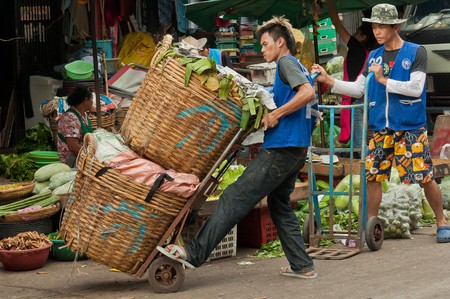