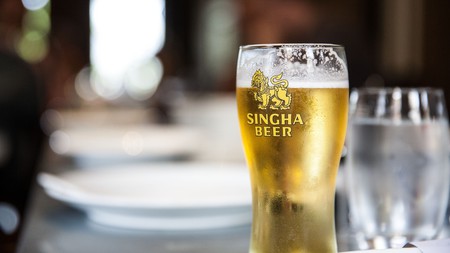 Singha is Thailand's most popular beer, a chilled thirst-quencher you'll find in pretty well every bar and restaurant across the country | © Simon Anders / Alamy Stock Photo

Fancy a can of the original Red Bull? Or designer gear from Disaya? Then follow Culture Trip’s guide to beloved Thai brands, from make-up and bags to chilled beer.

Thailand is a haven for shoppers, whether you’re in Bangkok, Chiang Mai or Pattaya, you’re never too far away from a huge shopping centre or a cute boutique store. As much as Thais love foreign brands, there’s a stack of Thai products beloved by locals and tourists alike – here’s a guide to some of the more well-known of them. 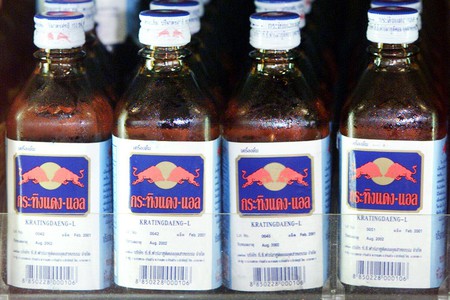 Now, if the logo of Krating Daeng seems familiar, that’s because you probably know it as Red Bull back home. To the surprise of many people, Red Bull was originally a Thai brand, developed here for factory workers and marketed in Europe with the help of an Austrian investor. Thailand’s version is sweeter and non-carbonated, and it’s common to see people picking them up in convenience stores when they need that extra jolt of energy – much like we do in the west.

While one might associate Thailand with fresh fruit and fruit juices, cartons of juice are as popular and much more convenient. When it comes to fruit drinks, Malee reigns supreme in Thailand. With a history that started out in the fields in 1964, as a solution to the problem of what to do with excess seasonal fruits Malee has since gr,own into a giant of a company, winning awards and expanding to sell its products in the Middle East and across Southeast Asia. With many different flavours and special, low-calorie varieties, there’s little wonder that it’s grown to be so popular.

Singha, like Red Bull, is a Thai brand recognised the world over. Marketed as the original Thai beer, Singha is the country’s most popular beer, and the Singha corporation also brews other well-known Thai beers such as Leo, as well as soft drinks and food. Whether it’s from a bottle shop or in a Thai restaurant, Singha is enjoyed by millions of people around the world, and has been the beer of choice of Thai people since 1933. 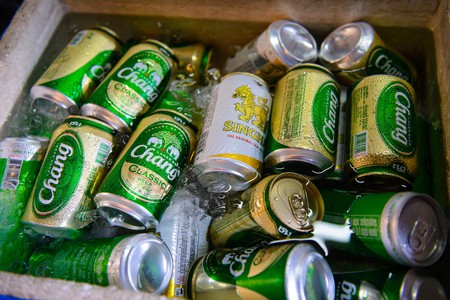 If Singha is the most popular Thai beer, then Chang isn’t far behind. The winner for Thailand at the World Beer Awards 2017, Chang is a favourite of both Thai locals and the masses of travellers who come to the country every year. Chang also produces non-alcoholic beverages such as soda water, and have sponsored international sports teams, such as Everton Football Club, in the past. Fun fact – Chang means “elephant” in the Thai language. 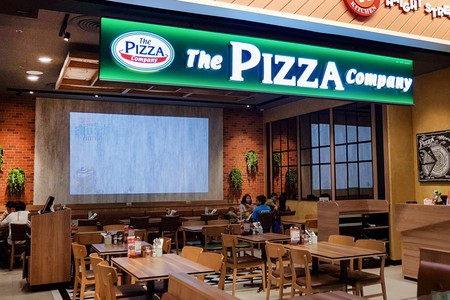 Originally working as a Pizza Hut franchise, they became a separate entity in 2001 and haven’t looked back since, becoming the number-one pizza restaurant in Thailand. On any given night, you’re sure to see families coming together to enjoy Italian-American cuisine in a Pizza Company restaurant, and it’s a popular choice for birthdays and celebrations, too. It’s since expanded overseas too, with branches open in 11 other countries across Asia.

While designer bags are as popular in Thailand as they are anywhere else, Thais also love to buy locally made products at companies such as NaRaYa. Established in 1989, NaRaYa has gone from strength to strength, with more than 3,000 employees nationwide working alongside 4,000 rural makers to produce high-quality bags, purses and accessories in a range of cute designs and materials. An inspiring success story, NaRaYa is well-loved appreciated around the country.

Starbucks may have plenty of stores around Thailand, but Black Canyon Coffee was the first company to bring specialty coffee to the Land of Smiles, and the Thai people haven’t forgotten its pioneering efforts. A wildly popular coffee company, Black Canyon offers a wide range of coffees, including iced coffees and its super-popular frappes. It also serves Thai and international food. The company is spreading overseas too, with a number of franchises across Southeast Asia. 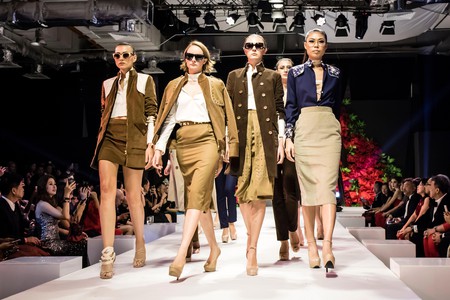 Disaya Sorakraikitikul studied fashion in the UK in 1995, and used her expertise to launch a label that’s not just well-known in Thailand but acclaimed around the world. Disaya clothing remains popular with Thai celebrities and well sought after by Thais, with boutiques in Bangkok showcasing the latest designs. It gained global recognition after a Disaya dress appeared on the cover of Amy Winehouse’s Back to Black album.

Greyhound is a clothing company that focuses on edgy, modern designs for forward-thinking fashionistas. Originally founded by four friends in Bangkok, it’s since spread worldwide, with stores all over Southeast Asia and farther afield in countries such as Switzerland, Austria, Russia and Israel. It also have nine cafes and restaurants in Bangkok, which have become go-to destinations for the city’s young and trendy. Drop in and try the more-ish crab and corn pops, served with sweet chilli sauce.

Oriental Princess is a long-established beauty and cosmetics company with more than 300 stores all over Thailand. From perfumes to make up, hair products to clutch bags, Oriental Princess has a wide range of products to suit people of all ages. Its affordable prices for high-quality products has seen it go from strength to strength, and there’s bound to be a store near you wherever you’re travelling in Thailand.

The first Thai food company to be publicly listed, S. Khonkaen is a giant of the Thai food industry. If you’ve ever been to Thailand, there’s a good chance that you’ve eaten something from this company, given that its products are stocked extensively in convenience stores and used by restaurants all over the country. It has also established a production base in Poland, in order to meet European demand for Asian meat products. Despite its success and various awards, it still remains true to its roots, with its name reflecting the city where it all started.