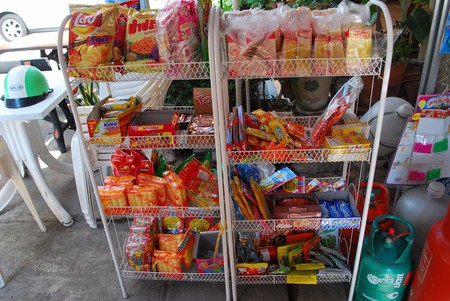 Often seen as a cure for all ills, Tiger Balm was created by a Chinese herbalist, drawing on ancient herbal remedies. With its distinctive smell and cool / tingling feel, Tiger Balm has become popular across the world. Thailand especially has embraced the medicinal ointment with zeal. It’s used to soothe a range of aches and pains, rubbed on temples to relieve headaches, smeared under the nostrils to aid stuffy noses, and it also takes the itch out of insect bites. 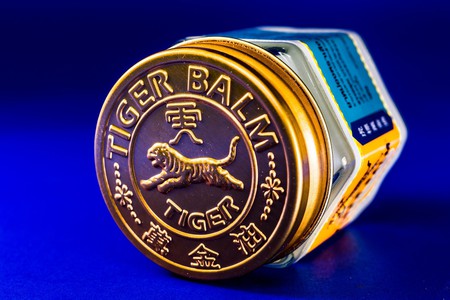 Thailand’s mosquitoes can be a major irritation, especially during the rainy season. Not only are they annoying, but they can spread diseases. The best way to protect yourself from the biting bugs is to wear long clothing, particularly in the evenings, and stock up on a good insect repellent. Soffell, available in several scents, is a popular go-to for Thais. It comes in a lotion and a spray and there are even small sachets that conveniently slip into a bag or pocket.

Tiffy is another medicinal item that many Thais turn to when feeling under the weather. Stocked in almost all convenience stores, there’s no need to hunt for a pharmacy if you’re feeling a bit ill. The paracetamol-based painkiller is often celebrated for the fast-acting relief it offers to people suffering from a cold. It’s also great for headaches, nausea, low-grade fevers, and other minor medical complaints. The capsule form is most common, though there is also an ointment, called Tiffy Rub, that can be used in a similar way to Tiger Balm.

A beloved snack that has made its way to Thailand from its home in Japan, Pocky boxes contain small biscuit sticks coated with various flavours. The most common varieties are chocolate, strawberry, green tea, and cookies and cream. The small boxes are inexpensive and it’s a good snack for sharing and satisfying any sweet cravings. Other common sweet treats found in convenience shops include shots of jelly, biscuits, and doughnuts. 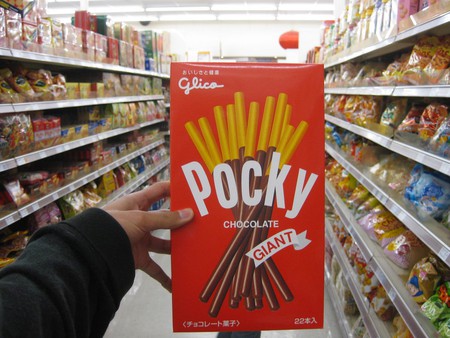 If you’re more into savoury snacks, LAY’S® potato crisps could be ideal. There are fairly standard flavours, such as salted, in a yellow packet, and cream cheese and onion in a pale blue packet. If you want to add more of a local touch to your snack time, though, how about sweet basil, which comes in a dark green packet, or nori seaweed, in a pale green packet? Other flavours include BBQ, chilli cheese, and the exotic French salad flavour. Bags come in different sizes, though be prepared to just have six or so crisps if you buy the smallest packet. Other popular savoury snacks often found in convenience stores include Pretz bread sticks, Big Sheet dried seaweed, pork scratchings, and a variety of nuts. 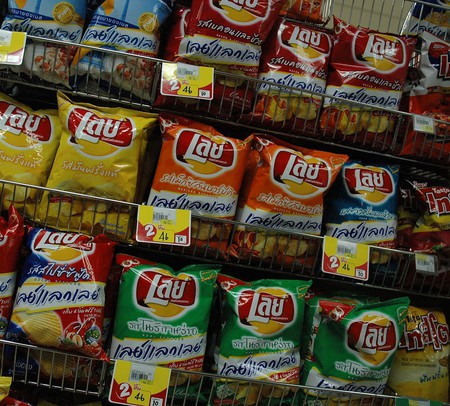 If you want something more substantial and filling than a snack, MAMA noodles are a favourite Thai grab-and-go hunger buster. Available in various flavours, including tom yum shrimp, chicken, and pork, any self-respecting convenience store will also have hot water facilities for you to prepare your cup noodles on the spot. Alternatively, the packets often have the same flavours but are slightly cheaper than the convenient ready-to-make cups. 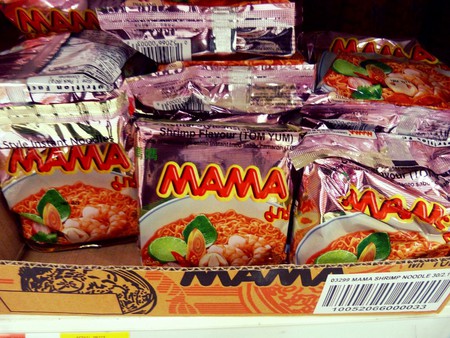 No reputable convenience store would open without a healthy stock of fish sauce, a staple in Thai cooking. Most stores stock several brands of the pungent and strong-tasting ingredient and bottles come in different sizes. Oyster sauce is often found alongside fish sauce, and many stores have a range of shrimp-based pastes too.

Convenience stores in Thailand typically have a decent range of soft drinks, kept cool in a refrigerator. If you want a change to water to quench your thirst on a hot day, try the Thai-made Est as an alternative to Coca-Cola or Pepsi. Cartons of fruit juice and flavoured milk are also popular. 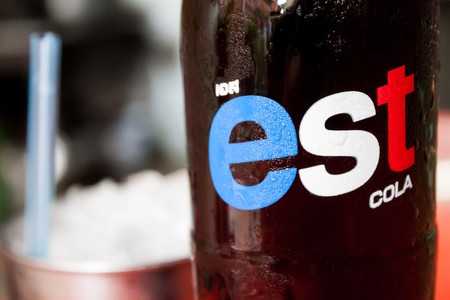 Another Thai drink, Red Bull is ideal if you want a quick pick-me-up and energy burst. Known in Thai as Krating Daeng, it’s unlike the Red Bull found in Europe. In Thailand, the energy drink comes in small glass bottles and isn’t carbonated; it’s a sweet and syrupy thick liquid. If you fancy trying out some of the other energy drinks, there’s M150, Monster, and more. 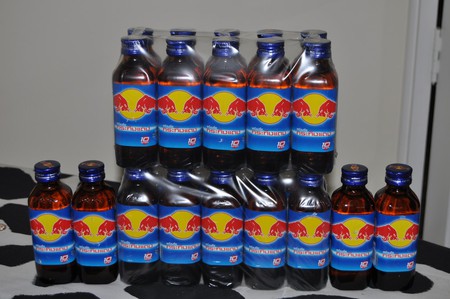 Almost every Thai convenience store sells at least two of the three main Thai beers, namely Chang, Leo, and Singha. In tourist areas, shops might have a choice of small or large bottles alongside cans, but more local establishments generally only have the bigger bottles. Can’t wait to take a big swig? Most shops have a bottle opener available. Planning a party? Don’t forget to grab a big bag of ice too. 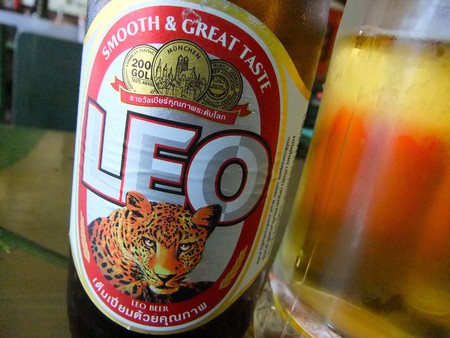