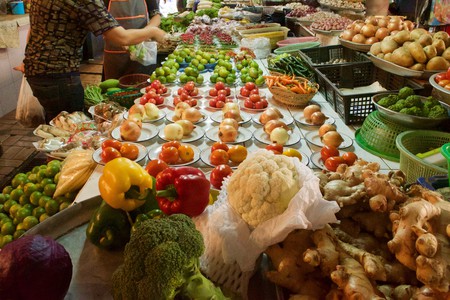 Thai cuisine is some of the very best in the world. But for some, that is all they really know about it. If you think you’re one of those people, here are 11 things you may not know about Thai food.

Good luck finding an oven in the home of a Thai person. Baked goods are certainly not in abundance here, with fried and grilled treats and meals having seemingly taken over the tastebuds of those who call Thailand home. If you’re looking for some delicious, carb-loaded baked goods, you’re going to have to search high and low, as well as hand over a decent amount of baht for it. 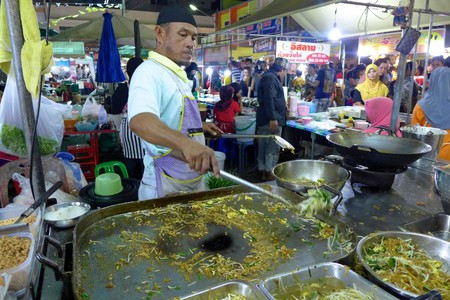 Not only is Thai food delicious, but it is also super cheap. Depending on where it is visitors are eating, you can expect to pay as little as ฿35 for a large, tasty Thai meal. Some noodle dishes can be even cheaper, and many of the meals that do not consist of noodles are served with a large helping of rice. Regardless of what visitors are eating, they can expect to be satisfied and, often, uncomfortably full!

Those making their way through Thailand may find a particular dish and fall in love with it. Alas, geography can be cruel. Often the dishes that steal the hearts of travelers in the north of Thailand are nowhere to be found in the south and vice versa. That is because dishes in Thailand are region-specific. For example, gaeng hanglay is a popular dish in the north but is severely lacking in quantity elsewhere. Khao soi, one of the most devoured dishes in Chiang Mai, is another dish that is super specific to the north of Thailand, and those hoping to eat it time and again will have to search extensively to find it. 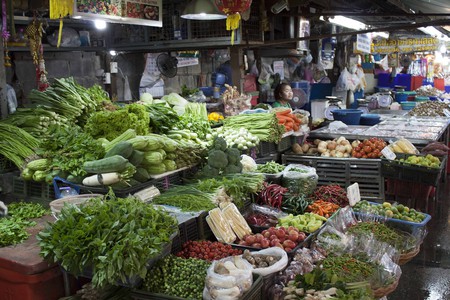 Thai food is certainly unique, but it did not get this way on its own. Some 2,000 years ago, many Chinese immigrants made their way to Thailand, and they brought their cuisine with them. From soy sauce to rice, the staple of the Thai diet originated in China. Of course, Thai people put their own spin on most of these dishes and traditions, however, those devouring a Thai meal might want to thank the Chinese for the role they played whatever meal they’re eating. 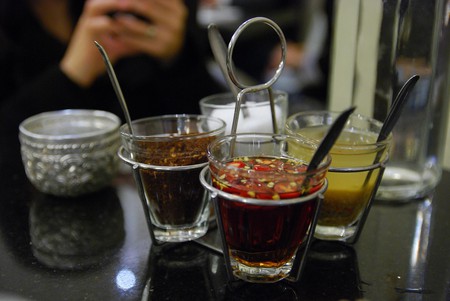 (Almost) Everything Has Sugar

Visitors who are watching what they eat should keep an eye on their meals as they are being prepared. It is not uncommon (in fact, very normal) for a spoonful or two of sugar to be thrown into the making of a Thai dish. From pad Thai to green papaya salad, almost everything has sugar in it. This is because Thai food combines all flavors to make for the perfect dish: salty, spicy, sour, and, of course, sweet.

Use A Spoon To Eat

Normally we would not include an etiquette eating tip on a list about Thai food. That being said, it is important to note that Thai people do not necessarily use a fork when devouring some of the country’s most noteworthy meals. Instead, Thai people will use a fork to push food onto a spoon. Chopsticks are used only for noodles. 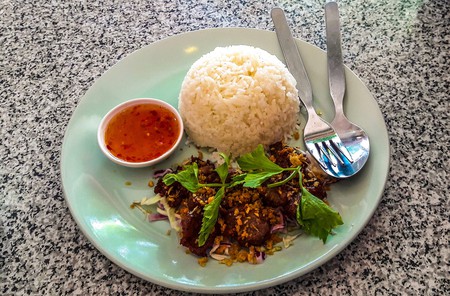 Adamant beer-drinkers will be saddened to know that it is not uncommon for people here to drink their ice cold beer with … ice. Yes, you read that correctly. From streetside restaurants to upscale venues, Thais and foreigners who have been here long enough will be sipping on their favorite brews with a tin of ice in tow. Maybe it’s because the ice keeps the beer cold, even in Thailand’s often brutal heat. Regardless, be ready to sip on your favorite beer with a few ice cubes.

Not Everything Is Spicy

Many tourists come to the Land of Smiles bracing their taste buds for the onslaught of spicy food headed their way. While many Thai dishes are incredibly spicy, there are plenty of dishes that aren’t. This does not make the dish any less “Thai” or delicious, it simply means it is not spicy. 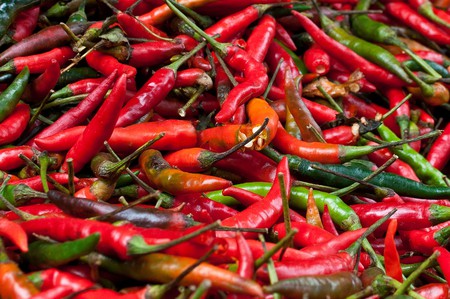 Regardless of the time of day, Thai people will eat whatever it is they like, whenever they like. When it comes to food, there is no differentiation between what is considered breakfast, lunch, or dinner. There are Thai dishes that are more popular in the morning, however, they are also eaten regularly at all times of the day.

Many visitors of Thailand believe they have a good understanding of what Thai food tastes like before arriving. While Thai food in the Western world is delicious, it tastes nothing like the authentic, Thai food found in Southeast Asia. While the differences are difficult to distinguish, we can tell you one thing: they are not the same. See for yourself by indulging in your favorite Thai dishes before heading home to its competitors. 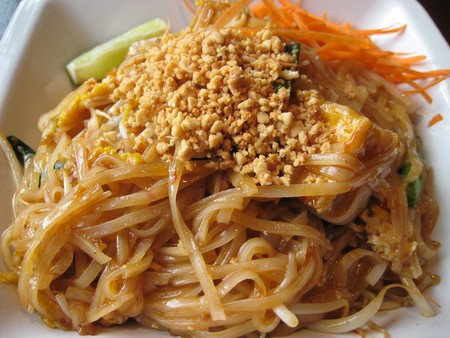 Depending on where you are, the views and opinions on the availability of vegetarian food in Thailand will greatly differ. Those living in the center of Bangkok will convince you that Thailand is overflowing with vegetarian-friendly dishes. Those living just an hour east of the city will tell you otherwise. The truth lies somewhere in between.