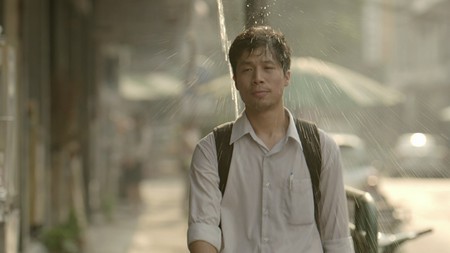 In Thailand, heavy, emotional storylines to sell everyday products are a niche genre of entertainment coined “sad-vertising”. The commercials are so popular that people have even posted videos of themselves trying to hold back tears while watching the content.

This 2011 commercial spread quickly throughout Thailand, with a subtitled version breaking the hearts of millions of English speakers. It sets up a typically angsty father-teenage daughter relationship fraught with misunderstandings and disappointment, but with an added twist – the father is a deaf mute. The daughter endures constant bullying and edges into depression. When tragedy strikes on her birthday, the distraught father pleads that he’ll sacrifice everything to save her life, and we’re left with an emotional cliffhanger. This whole arc is executed in just over three minutes.

Based on a true story, this nine-minute advertisement brought to us by 7-Eleven, commemorates the work and legacy of teachers on the lives of their students and communities. Touching on pretty heavy themes like poverty, disaster, sickness and death, the story celebrates teachers’ lifelong commitments to their students, to the point of declining a one billion baht offer for the sale of the school.

In the classic underdog story, a blind mute girl yearns to enter a classical music competition, in spite of bullying by other young students and a conviction that she isn’t as good as everyone else. We get a glimpse into her relationship with a street performer who acts as her instructor, and following his brutal beating by a street gang, she decides to enter the competition and finishes to a standing ovation. The only indication we get that this is an advertisement for Pantene is her gorgeous, glossy hair which amazingly (in spite of a very effective wind machine) never gets tangled in her instrument.

Another short from 7-Eleven, this story is highly topical, revealing the dangers of social media and its rapid spread of half-truths and misinformation. Cell phone videos of the owner of a large market go viral, showing her apparently harassing and berating her stall employees. As we watch the events unfold through her memory, however, we realize that everything spread was viewed through a distorted lens, and her intentions are always pure – her manner is just a little brusque.

This commercial for security cameras shows the daily interactions between a shop owner and a homeless man, whom the shop owner blames for issues that happen overnight, like trash, graffiti, or urine. One day the homeless man mysteriously vanishes, and the shop owner checks his CCTV. What he witnesses in the footage changes his whole perspective.

Following the death of her mother, a young girl isolates herself. In this award-winning ad, a widowed father tries desperately to comfort his clearly devastated daughter, and steers this connection through the LINE messaging app – Thailand’s version of WhatsApp. The true story was one of 8,000 submitted to LINE by its users as part of a campaign the company generated to find out how LINE connects people to their loved ones. Several other user-submitted stories were turned into ads as well, including “Freshy” and “Secret Code.”

A famously viral commercial based on The Bible’s Good Samaritan parable, Unsung Hero demonstrates how small acts of kindness every day make genuine differences in the lives of others. Promoting Thai Life Insurance, it emphasizes the heartwarming message that happiness and kindness are of far greater value than material goods.

If brands like Pantene and 7-Eleven both deliver such emotional punches, imagine what the National Cancer Institute of Thailand can produce. This emotional rollercoaster packs more plot twists than a K-Drama, following the journey of a relationship between two antagonistic sisters.

A familiar yet timeless coming-of-age story, this Red Bull commercial hits a universal nerve: the chick flying the coop. The simple plotline features a mother-son relationship as the latter has left home to make his life in the city. It demonstrates how a mother’s love endures through every stage of life, in spite of time, distance, and changes to their children’s lives. The subtle yet touching ending can leave any viewer making that long-overdue call to mom or dad.

If you never thought fried chicken could cause tears, KFC has a surprise in store for you. The chicken chain brought together a panel of mothers for individual interviews to talk about the things they want to say to their children. As the mothers tearfully reflect on their presumed lapses in parenting, their children surprise them with heartwarming embraces. The commercial’s connection to fast food fried chicken is a bit vague, but the message is pretty universal. The advertisement was so popular that Thai restaurant chain Bar-B-Q Plaza (whose commercials frequently go viral) followed up with a very similar Mother’s Day commercial featuring a comparable level of tears.