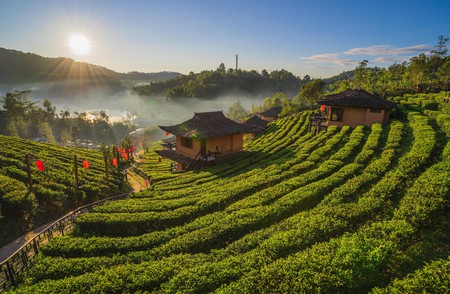 Thailand is about the size of Texas. Regardless of this seemingly small enough size, the Kingdom has some of the most unique landscapes in the world. From lush, emerald rainforests to waterfalls of all shapes and sizes, there is so much to see on the many trails in the country. Here are some stunning trekking trails in the Land of Smiles. 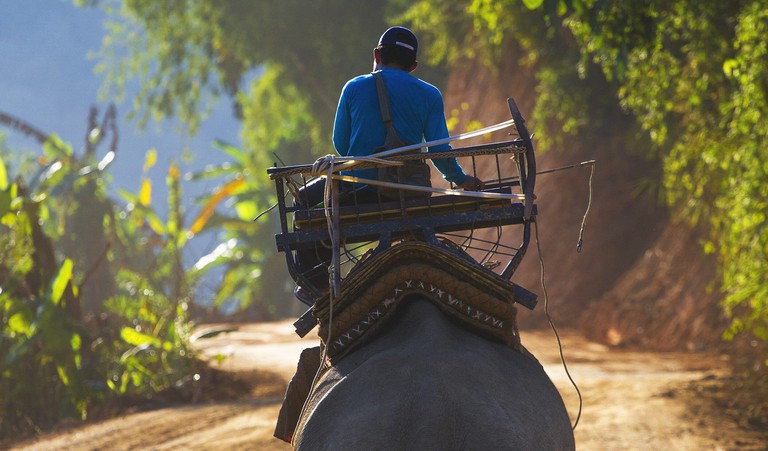 The relatively unexplored city of Ban Ruam Mit sits right along the Kok River. This hillside village is made up of a number of different communities, but the majority is Karen. There are also Thai, Lahu, Lisu and Akha people found here. While it does not get as many visitors as the neighbouring city of Chiang Rai, many tourists make their way here to visit the Ruam Mit elephant camp. This mountainous community has so much more to offer tourists than just elephant rides, however. The village’s location next to the river makes it one of the better ones to trek, and the trails here are pretty well marked in comparison to some of the surrounding areas. 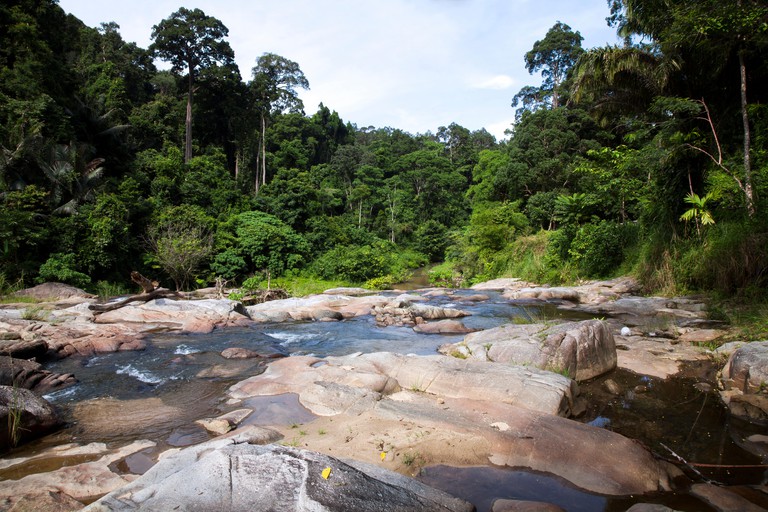 © Chirasak Tolertmongkol / Alamy Stock Photo
Khao Chong Wildlife Development and Conservation Park is a little more than 19km (12mi) from the city of Trang. In addition to a Botany Museum and Exhibition, the park is home to numerous trekking trails. While there is plenty to see along the way, from rare foliage to wildlife, undoubtedly the highlight of these trails are the three main waterfalls found along their paths: the Ton Yai, Ton Noi and Ka Chong waterfalls. Most of the trails commence from the park’s headquarters. 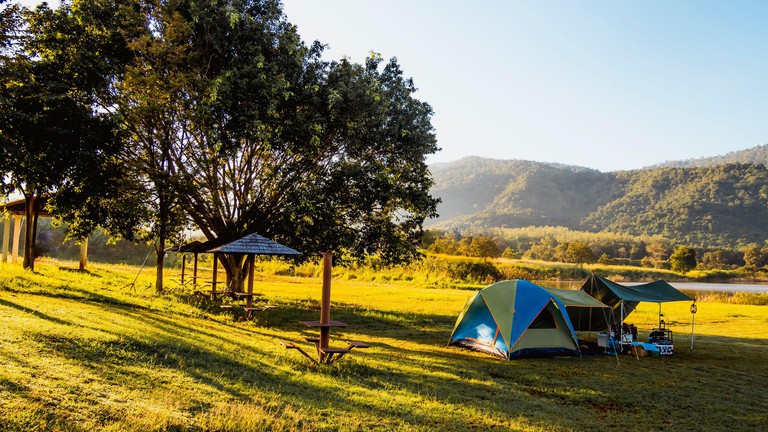 © Parichart Thongmee / Alamy Stock Photo
Khao Yai has really made a name for itself in Thailand. It’s the first-ever established national park in the country, in addition to being the third-largest national park, and droves of nature-loving tourists have started to include this national wonder on their itineraries. In addition to being the home of countless mountains, forestry and rare wildlife, the national park is only about a three-hour drive from the capital, making it easy to access. Khao Yai is home to plenty of trails, each one differing in both difficulty and length. Trail 8 is one of the easiest ones, and it’s short, perfect for those hoping for something relaxing. Trail 11, on the other hand, is a bit more challenging. Coming in at about 8km (5mi) long, this is one trail for those looking for more of a challenge. 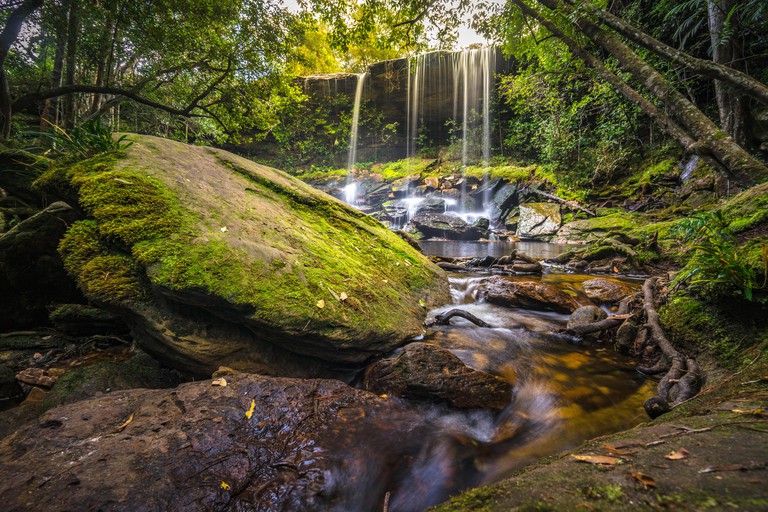 © Ratthawit Prommajan / Alamy Stock Photo
As one of the most well-known national parks in the Land of Smiles, Phu Kradueng National Park has become one of the most desirable destinations for those happy hiking travellers in Thailand. The national park is in the northeast province of Loei. The highlight of this park is the large plateau that cuts through its scenic territory. It rises more than 1,219m (4,000ft) tall, and it’ll take hikers at least a few hours to reach it. The climb to the top is tough but doable, and the end destination, in addition to the views, is certainly worth the trek. Those who do not wish to climb to the top will be happy to hear that there are at least 48km (30mi) of trails for hikers to explore. 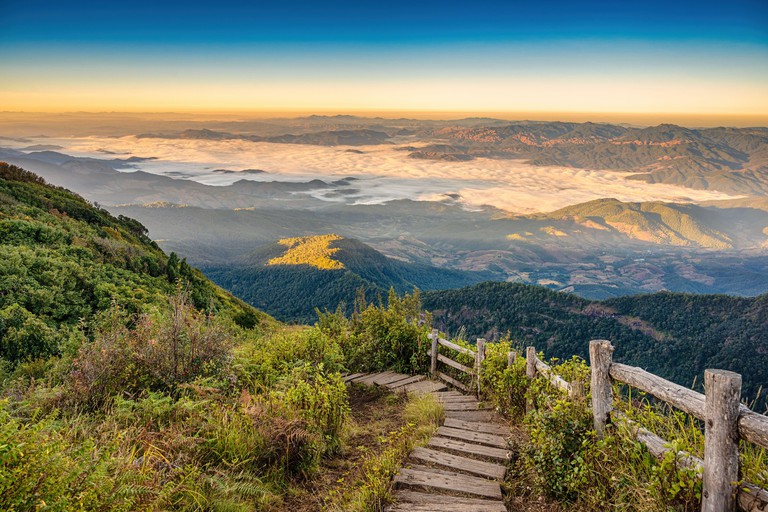 © Noppasin Wongchum / Alamy Stock Photo
Do not let the idea of climbing the tallest mountain in Thailand deter you from strapping on your trekking boots. Doi Inthanon is in the Doi Inthanon National Park in Chiang Mai, a popular tourist destination that you can now visit with Culture Trip on our specially curated small-group Northern Thailand adventure. One of the most stunning trails in this green sanctuary is the Kew Mae Pan Nature Trail. In addition to seeing the surrounding scenery and summit, there are a few waterfalls and stop-off points that are very picturesque and worth exploring. The trail only takes a few hours to complete and is suitable for even the most out-of-shape trekkers. 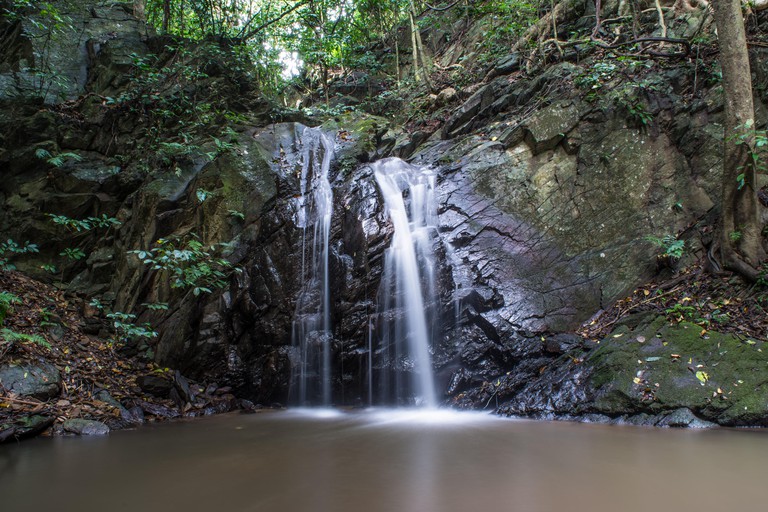 © Thompson-Holmes Travel / Alamy Stock Photo
Kaeng Krachan National Park is the largest national park in Thailand, and its size is reflected in the variety of wildlife found here, including birds, butterflies, elephants, bears and much more. Hikers may be lucky enough to run into some of this wildlife on the way to Pranburi Waterfall, inside the national park. A trek to the waterfall takes about a day, and a ranger or guide is needed to assist those hoping to make it to the three-tiered, stunning falls. At about 4km (3mi) long, the trail is decorated with rich vegetation, streams, wildlife and more. 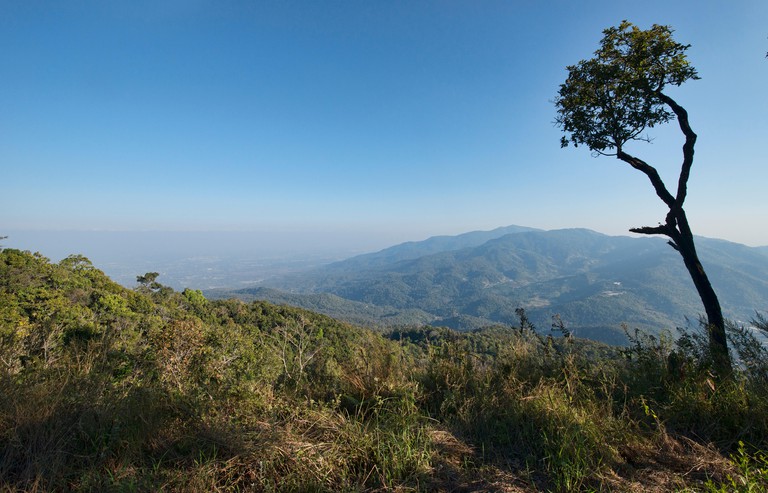 Chiang Mai is oftentimes referred to as the northern capital of the country. Many people are drawn to the laid-back vibe, delicious eats and temples found throughout the historic city. Venture outside the city limits, however, and there is an absolute gold mine of things to see and do. One of the stunning places worth visiting is the Mae Sa Valley. It is a mere 14km (9mi) from the city, and it is frequently overlooked because of its overshadowing neighbour. From waterfalls to a botanical garden, Mae Sa Valley has enough things to see and do to make a day trip out of the journey. There are quite a few tacky tourists attractions along the way, with things such as monkey schools and snake farms that interrupt this area’s peaceful vibe. Overlook these, however, and head straight for one of the hiking trails that meanders through this valley. While it may take a full day to hike, the trek itself is relatively easy. 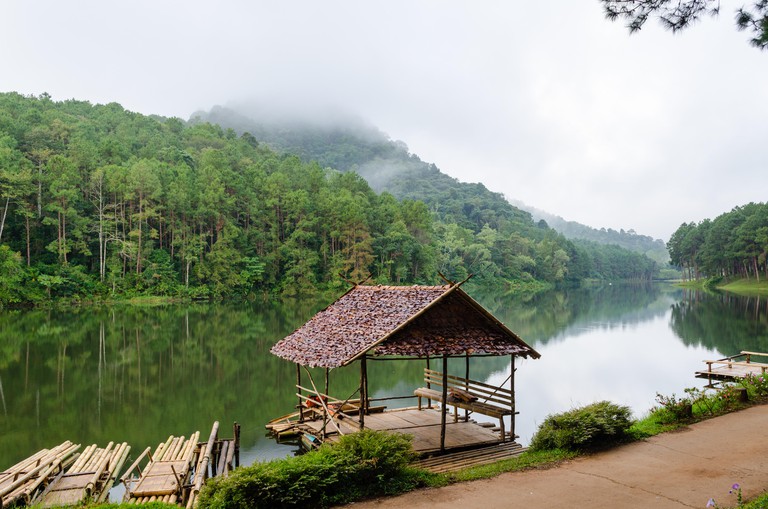 Mae Hong Son is one of the best places to take on any of the hills in the region. The mountainous province sits close to the border of Myanmar, and unlike some of the national parks that can get crowded on the weekends, this area remains nearly deserted if it were not for the hill tribes, including the Shan and Hmong, who call Mae Hong Son home. One of the most well-known landmarks in the region is the Sutongpe Bridge, a bamboo structure that cuts through striking rice fields, with rolling hills on either side. It stretches some 500m (1,640ft) long, and while it certainly is not the most strenuous of ventures, it is both noteworthy and picturesque. This area also remains relatively cool in comparison to other parts of Thailand, and it is especially stunning in the rainy season. A popular hike that tourists have been taking on is the trek from Chiang Mai to Mae Hong Son, which usually takes about eight days.

Though some of the best trekking opportunities are in the north of Thailand, there are many stunning national parks and hiking trails along the coasts in the south. One of these is on the popular island of Koh Samui. As the second-largest island in Thailand, Koh Samui has the perfect balance of tourist amenities and lush vegetation. Unlike some islands which have been overrun with hotels, restaurants and bars, Koh Samui remains a picturesque island, regardless of the herds of tourists who flock here. Also, one of the most stunning trekking opportunities can be found on this island. Khao Pom is a large mountain found in the centre of the island. At a little over 610m (2,000ft) at its peak, this mountain provides trekkers with ample opportunity to explore its lush jungle terrain and get a great view of the island.

The summit of Doi Chiang Chao 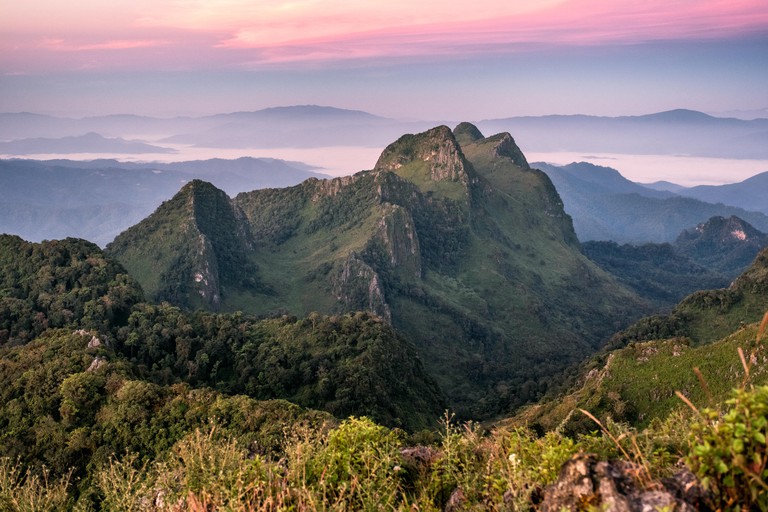 Some 2,225m (7,299ft) above sea level is Doi Chiang Chao, and there are two trails that lead hikers to the summit: the Pang Wua Trail and the Den Ya Khat Trail. This is one of the best hikes for birdwatchers, with hundreds of different species for trekkers to try to spot. In addition to birds, Doi Chiang Chao is home to colourful and rare orchids. It is under the protection of the Doi Chiang Dao Wildlife Sanctuary, which makes it a great place to get out and explore Thailand’s tropical jungle.