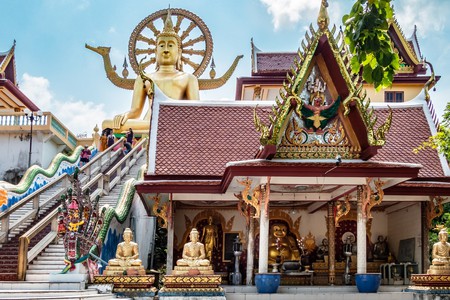 Despite being the most over-developed island on Thailand’s Gulf coast, there’s still plenty of natural beauty and charm to be found amongst the glitzy modern features on the shores of Koh Samui. From postcard-worthy beaches to knock-out shopping malls, here are 10 of the best attractions Samui has to offer. 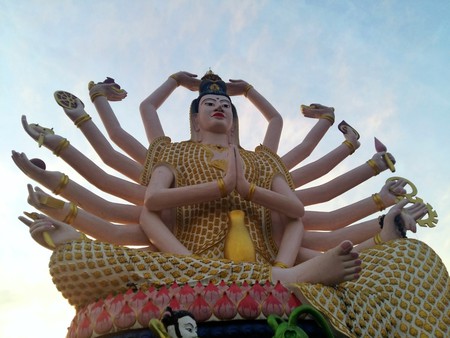 Thailand has more than its fair share of jaw-dropping temples, but few are quite as striking as Wat Plai Laem. Located on the north-eastern coast of the island, its huge statue of Guanyin, the goddess of mercy and compassion, serves an example of the influence that the Thai people’s Chinese heritage still has today. Set out over a lake, the 18-armed statue of Guanyin and the nearby temples are well worth an afternoon of your time, and promise to be some of the most enduring images of Samui that you’ll have. 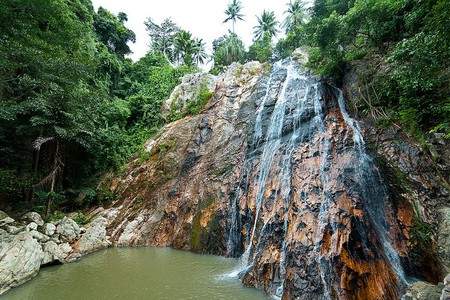 One of the waterfalls | Wikimedia Commons 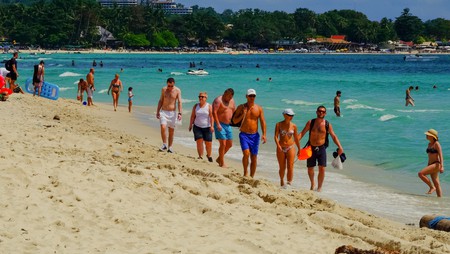 A gorgeous strip of beach fronted by cerulean-coloured sea, Chaweng Beach is the most popular beach on the island — and it’s easy to see why. Blue skies, bluer seas and powdery-soft sand make for paradise-esque surroundings but there’s much more to do here than sunbathe. The town behind the beach, Chaweng, is the best nightlife spot in the area, meaning you’ll never be too far from refreshments after a long, hard day of sunbathing. 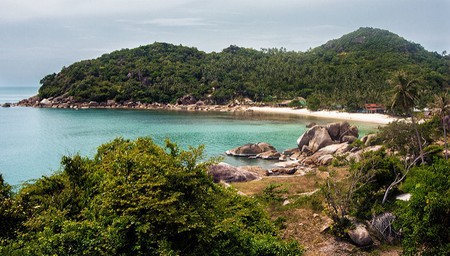 If Chaweng is the most popular, then it’s hard to see past Silver as being the island’s most beautiful. Its dense jungle views and rocky outcrops create a sense of being stranded in paradise without ever wanting to be rescued. Whilst the rocks can make swimming difficult at the end of the beach, it makes for a top snorkelling spot, and there are also a few massage shacks and beach bars to be found along the length of the beach. Quieter than Chaweng, it’s located in the town of Lamai, which still has plenty of activities on offer without ever feeling like you can’t get away from the noise. 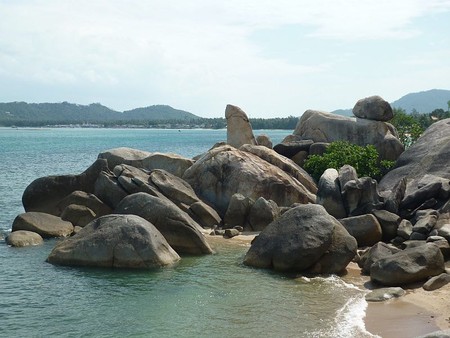 One of the rocks | Wikimedia Commons

Nature is full of surprises, and the Hin Ta Hin Yai rocks on Samui’s south coast are the perfect examples of this. One of the island’s most popular tourist attractions, thousands of visitors come see these male and female genitalia-shaped rocks every day. Free to visit, and making for quite an interesting holiday picture, it’s a good way to spend a morning before going on to explore the surrounding area. 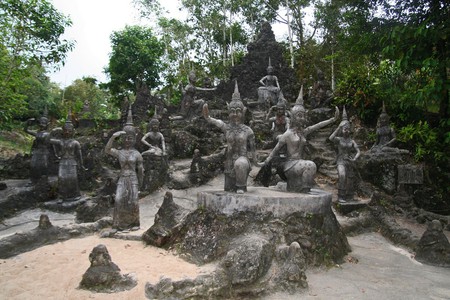 A section of the garden | grolli

Also known as the magic garden, this enchanting attraction is pretty unique. Located high in the hills of Samui’s jungles, getting to the garden can prove a challenge but is worth every effort. The garden is full of numerous statues of not only the Buddha, but of various figures from Buddhist mythology. Despite work on the garden only starting in 1976, it has a feeling of being much older, and surprises lurk around every corner — or behind every tree. Eerie yet engrossing, it’s worth visiting with a Thai person as part of a tour as they’ll be able to explain the significance of the statues. 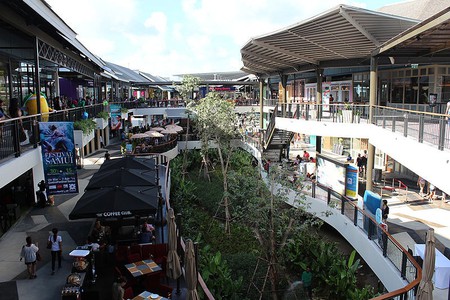 Whilst it might not be Phuket or Bangkok, it’s still possible to have a shopping splurge on the island. One of the few Thai islands with a Central Festival shopping centre, it’s the go-to place to find authentic Western brands with international names such as Adidas under the same roof as Thai ones like Jim Thompson. Away from shopping, it’s also home to a number of great restaurants as well as a cinema, making it an ideal hangout spot when it’s raining on the island — or for if you just want a taste of home. 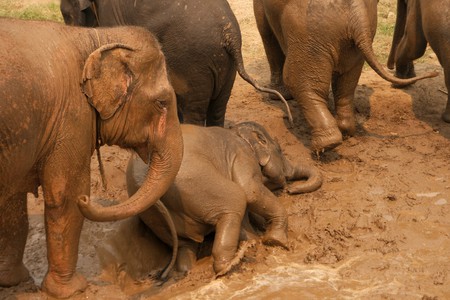 Good news! There’s no need to head up north to Chiang Mai for ethical elephant interactions — you can enjoy them right here in Samui. Inspired by the famous Elephant Nature Park in Chiang Mai, the Samui Elephant Sanctuary is the perfect place to observe well-treated elephants in their natural habitats, and is doing a great job in raising awareness of the issues that elephants face in Southeast Asia. Perfect for animal lovers. 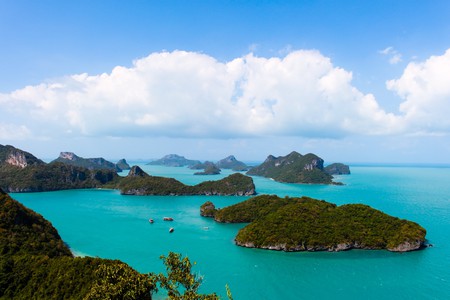 A tour of the Mu Ko Ang Thong National Park showcases the best of what Thailand has to offer. From swimming to snorkelling, exploring to hiking, what you do on a tour of this national park is up to you. Consisting of archipelagos of stunning, uninhabited islands, amazing natural features such as caves and waterfalls, as well as quiet, empty beaches, it’s truly a must-visit for nature lovers.

Sat on the north-eastern corner of the island, Samui’s Big Buddha gives Wat Plai Laem a run for its money in the battle of Samui’s best super-sized statue. Featuring a large Buddha adopting the Mara posture, both the statue and the colourful temple surroundings are worth a visit. Aside from the super-sized statue, smaller and equally-beautiful statues can also be found in the temple complex, as well as markets during big festivals.