10 Books That Are Banned in Thailand 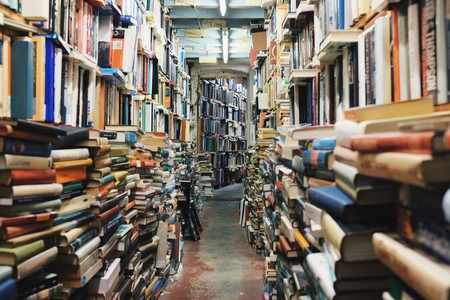 With strict lèse majesté laws, rigid rules surrounding defamation, and a strong sense of cultural and national pride, it’s little surprise to learn that Thailand is no stranger to restricting literature that it doesn’t like.

The country bans books that it believes threaten national peace, security, and order, those that portray the nation in a negative light, and those that speak unfavourably about the monarchy. Other publications are unofficially banned, actively discouraged, suppressed, or subject to temporary restrictions. It certainly wouldn’t be wise to be seen reading any of these books in the Land of Smiles.

Anna and the King of Siam, Margaret Landon

Part biography, part fiction, Anna and the King of Siam loosely tells the story of Anna Leonowens, a young British lady who lived with the Thai royal family in the 1860s. She spent five years living in the country (then known as Siam), teaching English to the royal wives and children. She wrote two memoirs (which interestingly aren’t banned in Thailand, although the sensationalised movie remakes are), detailing her experiences. Years later, Margaret Landon used Anna’s memoirs to write about Thai people and their customs and traditions. It was banned in Thailand due to a belief that it portrayed King Mongkut in a negative light. Movie adaptations are also banned, including all versions of the famous The King and I. 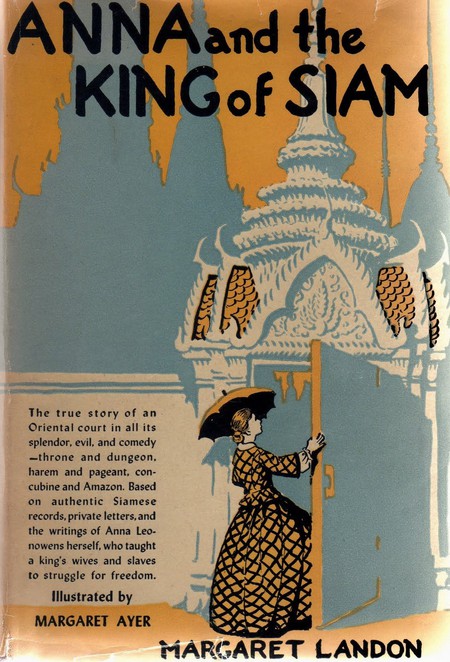 Anna and the King of Siam

Written by a freelance journalist and former foreign correspondent in 2006, The King Never Smiles has been banned in Thailand since the day of its release, including websites selling the book. The unauthorised and unofficial biography of the late King Bhumibol Adulyadej looks at the life and reign of the monarch, while depicting corruption, military might, and anti-democratic practices, which portray Thailand’s monarchy in a very unfavourable light. In 2011, an American citizen (who was born in Thailand) was prosecuted for defamation, after translating sections of the controversial book into Thai and sharing them online.

Published in 1964, The Devil’s Discus discusses Thailand’s history related to King Ananda Mahidol. King Ananda, the older brother of King Bhumibol Adulyadej, succeeded to the Thai throne when he was just nine years old. The country was effectively governed by the military while the child king completed his studies in Europe. The king came to Thailand in December 1945, after the end of World War Two. By June 1946, he was dead. The Devil’s Discus purports to unravel mysteries surrounding the young king’s death. It also seeks to clear the name of Pridi Phanomyong, the regent who ruled in place of King Ananda and the leader responsible for changing Thailand’s absolute monarchy to a constitutional monarchy, after he was accused of being part of a plot to murder the king and lived the rest of his days in exile. 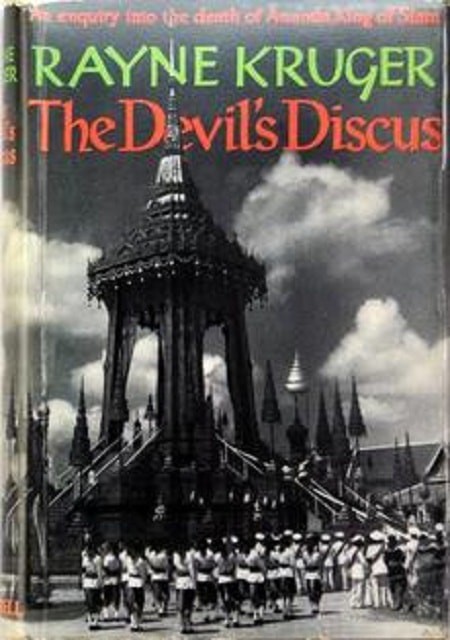 A Kingdom in Crisis: Thailand’s Struggle for Democracy in the Twenty-First Century, Andrew MacGregor Marshall

Published and banned in 2014, A Kingdom in Crisis: Thailand’s Struggle for Democracy in the Twenty-First Century attempts to shed light on Thailand’s political turbulence over recent years. The book describes a nation gripped by historical power struggles and a monarchy used as pawns in elitist schemes. MacGregor Marshall, a Scottish journalist who focuses on politics, crime, human rights, and conflicts, has been banned from the country because of the book. The country has tried to prevent contact with the author. His Thai wife has also left the country following allegations of harassment.

The Revolutionary King, published in 1999, was supposed to be a positive and praiseful biography about Thailand’s King Bhumibol. Sanctioned by the late king, Stevenson had access to the King, the royal family, and records to help with his research. On its release, however, people were stunned that the writer referred to the King by his nickname from childhood and also that the book contained many basic errors. Although not officially banned, an unofficial ban is currently in place with most bookshops refusing to sell it. 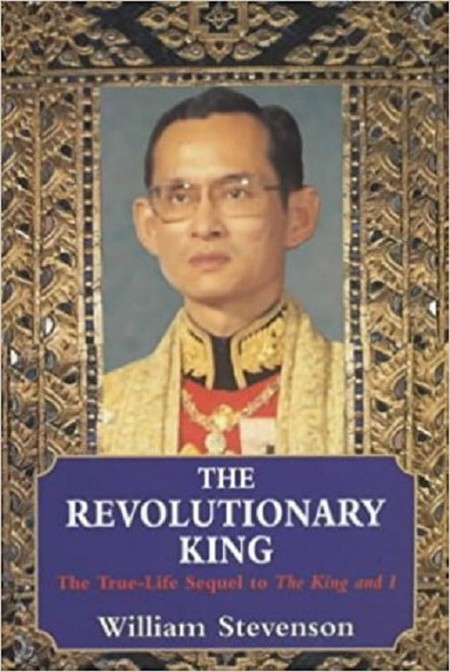 The controversial 1988 publication, The Satanic Verses, is banned in many countries across the world. The mystical novel tells the story of two Indian immigrants in the UK. There are sections, however, that many Muslims believe are derogatory about Islam and disrespectful about the Prophet Muhammad. People associated with the book, for example translators, have been attacked (some even killed), and Iran has a religious decree in place that calls for the execution of the author. The book has also been at the heart of violent protests and demonstrations. With long-standing troubles in Thailand’s Muslim-majority southern provinces, it is perhaps not surprising that Thailand also saw fit to ban the book.

Orwell’s 1984 is set in an imaginary place under a totalitarian regime. Set in the future, it tells of a world where public manipulation, official surveillance, control, intimidation, and war are the norm. The novel draws on life during war in Britain and life under Communist rule during the Soviet era. Following the 2014 coup d’état in Thailand, protesters showed their disapproval by, among other ways, publicly reading the dystopian novel. Several people were reportedly arrested for their literary choices. Seen as a sign of dissent, the book wasn’t officially banned but came under heavy self-censorship and was removed from the shelves of bookshops around the country. 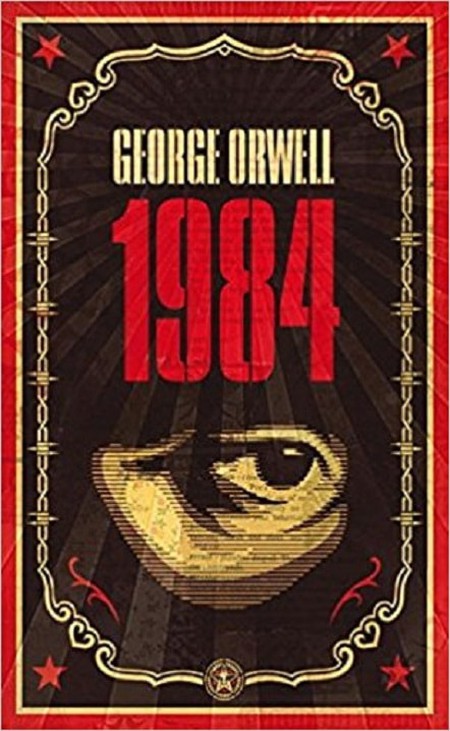 Published in 2005 as a tourist guide to the Thai capital, Bangkok Inside Out was banned because of the perceived negative image it shows of the country in general. A government official stated the book tarnishes the reputation of Thailand and the Thai people. Contentious subjects include discussions about common scams, gambling, counterfeit goods, prostitution, and the city’s gay scene. While not officially banned, bookshops are strongly discouraged from stocking the title.

Written by Vladimir Lenin, the head of Soviet Russia and the Soviet Union, State and Revolution is a gripping political commentary. The book details the function of the state in relation to society, the importance of the peoples’ revolution, and ideals concerning the working class in positions of political power. The book describes the state as a body that, in general, oppresses the lower classes of society. A major piece of writing about Communism and Marxism, Thailand banned translated copies of The State and Revolution, along with other literature about Communism, during the 1970s. 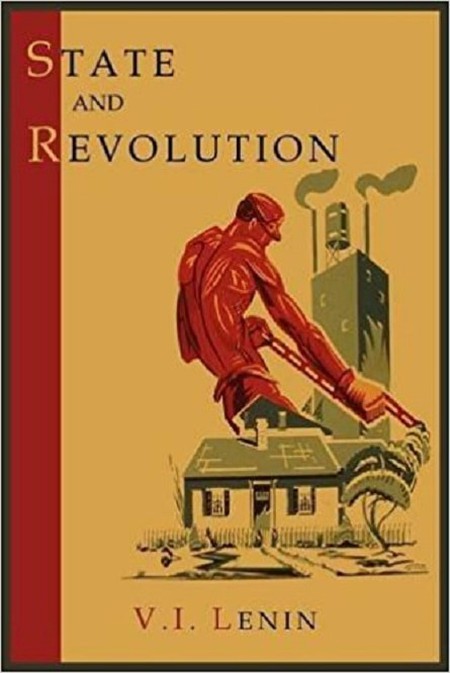 The Chinese collection of essays written by the revolutionary Chairman Mao was published in 1966. Often said to be highly useful in understanding Marxism, Communism, and Maoism, the philosophical-cum-political essays detail military strategies, ridding China of imperialism, and autocratic rule. Chairman Mao is often credited with modernising China and freeing the nation from royal control, yet his regime is also held responsible for suppressing religion, destroying cultural antiquities, and causing the death of millions. Thai translations of the essays were included on a 1977 list of banned publications.