10 Amazing Poems That Capture the Spirit of Thailand 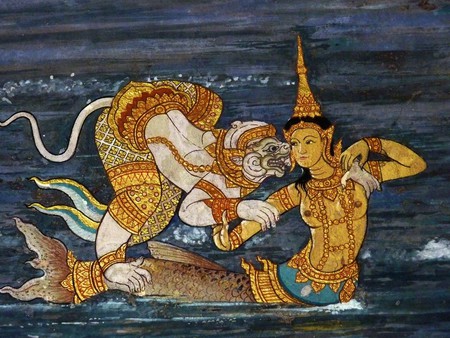 Poetry has been popular in Thailand throughout history, with several Thai kings being skilled poets as well as leaders. Often said to be the least Westernised form of the Thai arts, here are ten popular Thai poems to know about.

Phra Aphai Mani is one of Thailand’s most well-known epic poems. It was written over a course of 20 years in the early 1800s by Sunthorn Phu, the national poet at that time. With 48,700 lines, it is the longest poem in the Thai language and has become part of Thai folklore. Several movies have been made about the story, which is set in a fantastical realm where supernatural beings and mythical creatures roam. The main characters are a young merman with a magical flute and a female giant. It tells a story of love, deceit, violence, magic, revenge, and family. Some people believe that the fictitious poem has an underlying anti-colonialism message. 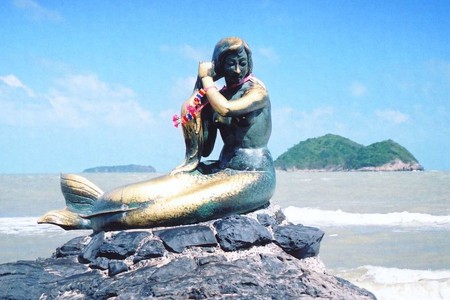 Yuan Phai is another epic poem. It is one of few pieces of literature that survives from the early Ayutthaya period. The poem tells the story of historic tensions between the Ayutthaya and Lanna Kingdoms and a battle in the 1470s between the two kingdoms in Si Satchanalai, near Sukhothai. It celebrates the victory of King Boromma Trailokanat, the ruler of Ayutthaya at that time, over the King Tilokkarat and the Yuan people of the Lanna Kingdom. The poem’s name means ‘Defeat of the Yuan’. Despite the poem indicating glowing victory, tensions in the area remained for almost another one hundred years. Many believe that the poem was written shortly after the battle and, though there are several contenders, the author is unknown. 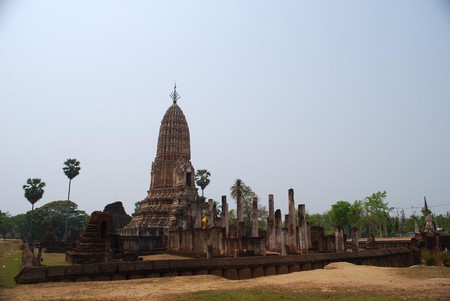 Although not Thai, Thao Hung Thao Cheuang is an incredibly important piece of literature in Thailand’s history. The epic poem is one of the earliest works in the Tai language, before the Tai people split to form different tribes. Despite often being claimed by Laos, it offers incredible insights into the Southeast Asia of the past, from a time before the land was divided and countries were formed. Passed down orally through the generations, the poem was eventually written down, with just one surviving copy today. It is said to be as vital to the studies of ancient civilisations as The Illiad is to the West and The Ramayana is to India. The huge and unique poem features a literary form that can be found nowhere else in Thai or Laotian literature. It looks at the struggles between the Khmu people of what is now Laos and the Tai-Lao ethnic group. It offers fascinating glimpses into the pre-Buddhist period, with details of religious rites and rituals, animal sacrifices, and the summoning of the Gods. The poem also provides information from the time of the Tai migrations.

Lilit Taleng Phai was penned by Prince Vasukri, a son of King Rama I. The prince was Thailand’s Supreme Patriarch, known in Thai as the Sangkharat. Lilit Taleng Phai, which translates into ‘Defeat of the Mons’, tells the great efforts of King Naresuan the Great of Ayutthaya to free Siam from Burmese control. In particular, the poem tells of the legendary single combat on elephant back between the Siamese King and Burma’s Crown Prince in the 1590s. The poem recounts how King Naresuan heroically defeated the Burmese prince to win the battle. Some historians question the accuracy of historical reporting, and Burmese accounts differ greatly, but the event is proudly recounted by many Thais today as a glorious moment in the nation’s history. 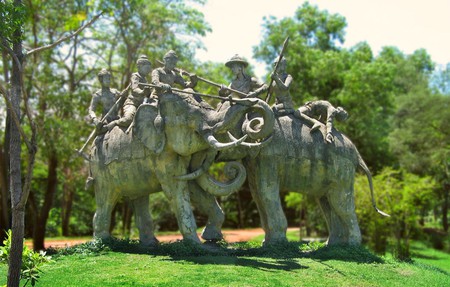 Khun Chang Khun Phaen is an epic poem about two men: Khun Chang and Khun Phaen. It essentially tells the story of a love triangle, with the two men (one poor and handsome, the other rich and well-connected but ugly) competing for the affections of a lady called Wanthong. Spanning 50 years, the dramatic tale involves adultery, the breaking of monastic vows, deceit, battles, marriages, births, and many significant events. Eventually, the King of Ayutthaya tells Wanthong to choose between the two men and settle matters once and for all. She cannot and is sentenced to death. Originating from Thai folklore, the poem was originally an oral tradition, only being written down in the early 1870s. Many people believe that it is based on true events from the early 1500s, as geographical places and historic events mentioned are accurate. Furthermore, most literature from this period was about Gods, Buddhism, and royalty, whereas this poem has a more real-life focus. Most Thai people learn the poem in school. 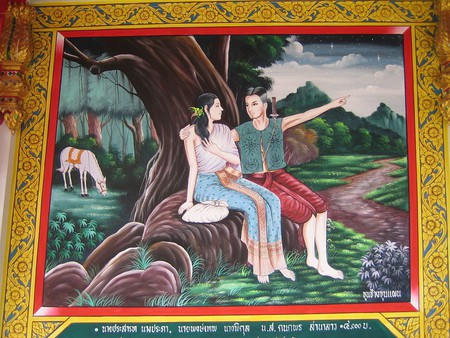 That Hand is White

That Hand is White is a collection of poems by contemporary Thai poet Saksiri Meesomsueb. The gritty collection won the Southeast Asian Writers Award in 1992. Dealing with social issues and real-life problems that were common in Thailand throughout the 1960s and 1970s, the writing style makes the poems seem relevant to many situations around the world and not just inside Thailand. The poems evoke lots of imagery and many tell their stories from a child’s point of view. The collection looks at the blurred boundaries between Buddhism and commercialism, superstitions, misplaced spirituality, cycles of violence, loss of empathy, elitism, and humanity in general.

Another masterpiece by the royal poet of Sunthorn Phu, Nirat Phukhao Thong is a short and eloquent story about a trip to Phukhao Thong to pray and make merit. The poem helps readers to visualize the pagoda and feel the spiritual sensations and sense of sorrow experienced by the author as he sees that the pagoda is showing the signs of age. The poem’s final section connects the visual state and condition of the ancient stupa to Buddhist teachings of impermanence, talking of anicca (one of the three core characteristics of existence in Buddhism) and stating that everything can vanish in a moment. 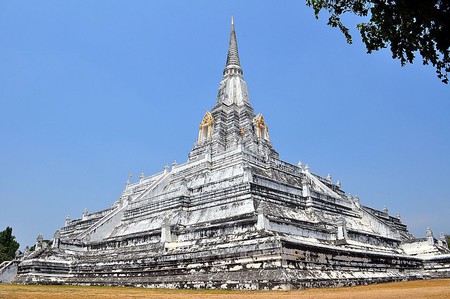 Mahachat Kham Luang, translated at ‘The Great Birth’, is a Thai epic poem that tells the story of Siddhartha Gautama’s life before he became enlightened as the Buddha. Written by a team in the 1490s, the poem spans 13 books. Some books were destroyed during the Burmese invasions of Ayutthaya and so were rewritten in the early 1800s. As a result, there are several versions of the poem in Thailand today. Combining poetic structures and sections in the Buddhist language of Pali, the poem is designed to be recited like a Buddhist chant.

Smile of the Rice Goddess

Composed by Chiranan Pitpreecha, a Thai poet and feminist who was one part of the Communist Part of Thailand, Smile of the Rice Goddess shows the important place that rice has within Thai culture. A rhythmic poem with lots of onomatopoeic sounds and imagery, it shows the hard work of women in the domestic agricultural sector and the vital role of farmers and rice growers in the country. 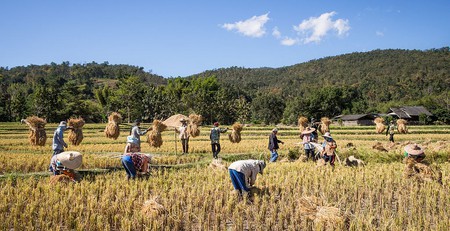 Finally, the Ramakien is Thailand’s national epic poem. It is the Thai version of the Ramayana, an ancient Indian Hindu epic. The basic story is the same, but there have been several changes that add more of a Thai context, such as the landscapes, weapons, and clothing. The mythical beings and spirits in the Ramakien reflect ideas from Thai Animism and pre-Buddhism beliefs. A huge part of Thai culture, many arts have been based on the Ramakien. Classical Thai dance and plays were influenced by the poem, and scenes from the epic are often found painted on temples’ walls. 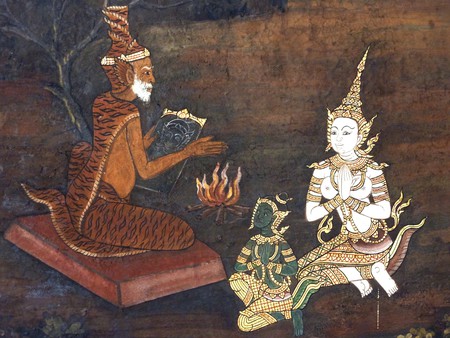 Ramakien mural in Thailand | © Anandajoti Bhikkhu / Flickr
Give us feedback