Cycling on the Roof of the World: The Pamir Highway 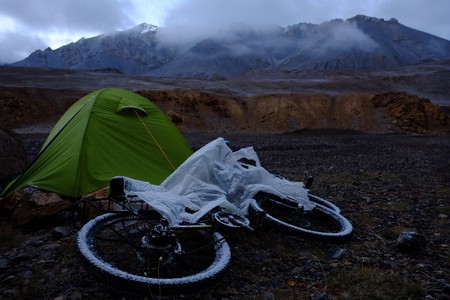 If you close your eyes and try to picture what the moon looks like, your imagination might conjure up something similar in nature to Central Asia’s Pamir Mountains. Most of the land is a wide expanse of barren tundra, with jagged peaks erupting through the crust, reaching over 7,500m (24,600 ft) high in places. 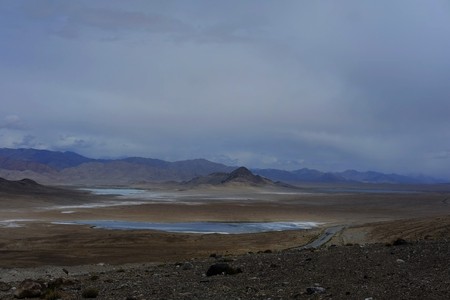 Not much survives in this high plateau in the far eastern reaches of Tajikistan, but that is in part what makes the scenery like no other. Sandy deserts meet snowy mountainsides, vast lunar grey planes surround lakes with almost every shade of blue imaginable, and for the most part, it is completely untouched by anyone but mother nature.

With such an inhospitable landscape and turbulent climate, it’s not surprising that settlements are few and far between. Trees don’t tend to grow above 3,000m (9,800 ft) and so for the 3% or so of the Tajik population that live in the high Pamirs, there is no sustainable fuel source on which to survive.

For cyclists, this somehow appealing combination of no safety net and surreal beauty, make the Pamir Highway one of the world’s ultimate routes. 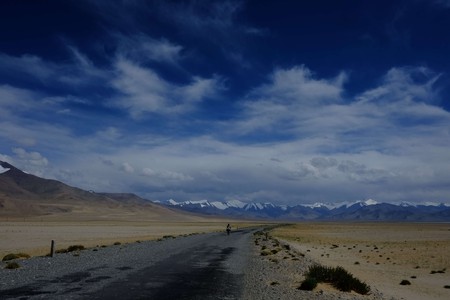 Stretching 730km (454 mi.) from Osh, in Kyrgyzstan, to Khorog, in Tajikistan, the Pamir Highway rises to heights of 4,655m (15,200 ft) – almost as high as Europe’s Mt Blanc – winding through unpaved mountain passes. Despite having some of the largest water reserves in the world, fresh water sources are far from abundant and cyclists are lucky to come across clean water once a day in places. The conditions add to the challenge – unprecedented blankets of snow can quickly white out an entire valley in summer and the winds are so strong at times, that cycling is not much faster than an average walking pace.

It doesn’t sound like a holiday, and most Pamiri people probably think it strange that at least once a day during summer a few wind-burnt and exhausted Europeans pass by their homesteads. Nevertheless, almost anyone that passes through will receive an invitation inside for tea, food or a place stay. The Pamiri people are unconditionally some of the warmest folks on the planet. 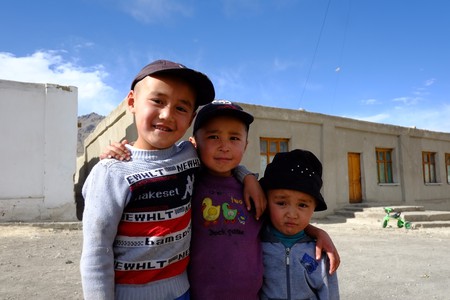 The land dictates the sort of food that accompanies any welcome. Typical Pamiri households live on a diet of red meat, naan (bread) and occasionally a few root vegetables. Fruit is plentiful in the lower more fertile valleys close to Khorog, but finding an apple that isn’t old and soft is difficult in the higher plains.

The region struggles for support from a government that spends most of its budget defending its vast border with Afghanistan. This has stunted development and the reality is that, asides from herding and some seasonal tourism, most of the native population rely on hunting endangered species (such as the Marco Polo sheep) or the support of the Aga Khan Foundation (a religious charity). 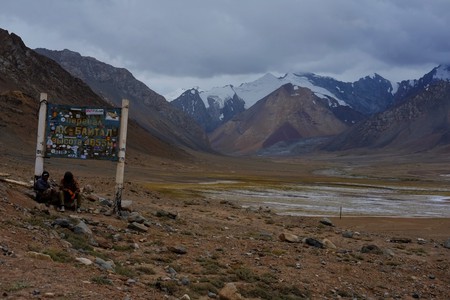 Despite these geographical and political adversities, the beauty of both the people and scenery is infinite. These are what make it so enticing for cyclists, with every moment fit for a postcard. The landscape is like a chameleon, continually changing colours between deep reds, yellows, browns and blacks at different points. Now and again crystal clear streams meander through the valley into lakes so immense they can be seen clearly from outer space. Even when night falls, the sky erupts into bursts of colour and light as galaxies radiate amid thousands of stars. 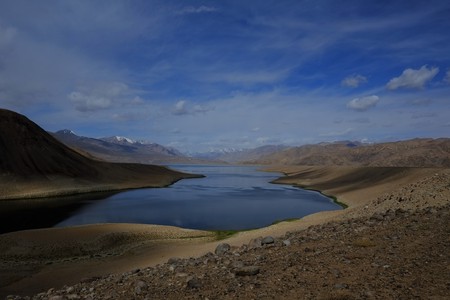 It’s been said before, and by almost everyone that visits, but the Pamirs are without doubt one of our planet’s most spectacular frontiers.

Looking onto the Pamirs, Kyrgyzstan I | © Fergus Brooks
Give us feedback