Who Is Angus Chiang? Five Things to Know About this Taiwanese Streetwear Designer 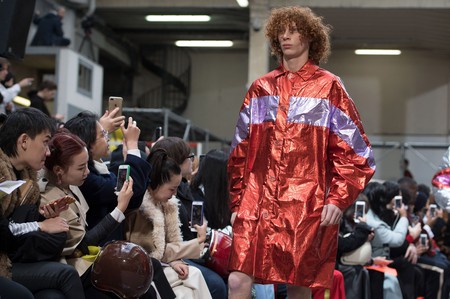 A new brigade of East Asian designers—including Xander Zhou and Ximon Lee—are gaining international acclaim for their avant-garde, gender-fluid streetwear. Taiwanese-born Angus Chiang has joined the company of these young couturiers to make a dent in the covetable Chinese fashion market. This marks an important shift in the fashion scenes in both Taiwan and mainland China, which were previously dominated by the western luxury market. According to a recent report by South China Morning Post, millennials are “no longer swept away by traditional luxury alone.”

Taiwanese shoppers used to spend money on brands under the LVMH Moët Hennessy Louis Vuitton umbrella, according to survey conducted in 2017 by the consulting service Bain & Company. Today, these same shoppers are more likely to spend that money on streetwear, the report indicates. This is great news for a new crop of East Asian designers, who are using this momentum to flourish and simultaneously carve out a distinctly non-western aesthetic.

Chiang, who established his eponymous label in 2015 after graduating from Shih-Chien University in 2013, is making a name for himself as a designer to watch. Here are five things to know about the emerging star.

Chiang has collected prestigious accolades for such a young designer

In 2013, the designer’s final collection before he graduated university, titled “Sailing to the Moon,” represented Taiwan in the London Graduate Fashion Week as part of Fashion Scout, the prestigious international competition that featured the work of 16 other recent graduates. In 2017, Chiang was shortlisted for the LVMH Moët Hennessy prize for young designers. According to the Focus Taiwan news channel, Chiang is the first Taiwanese designer to earn this honor.

Chiang is known for his bright colored knitwear

“Like stepping inside a David Hockney painting, Chiang’s work is colorful and playful, with a bit of distortion,” Creative Director Christine Kohler tells Culture Trip.

The designer’s knitwear is reminiscent of Missoni and Coogi sweaters, made fashionable by ‘90s rappers. Nightlife and rave culture are also reference points for Chiang’s collections, making them a hit with millennials who have a nostalgia for this oeuvre. 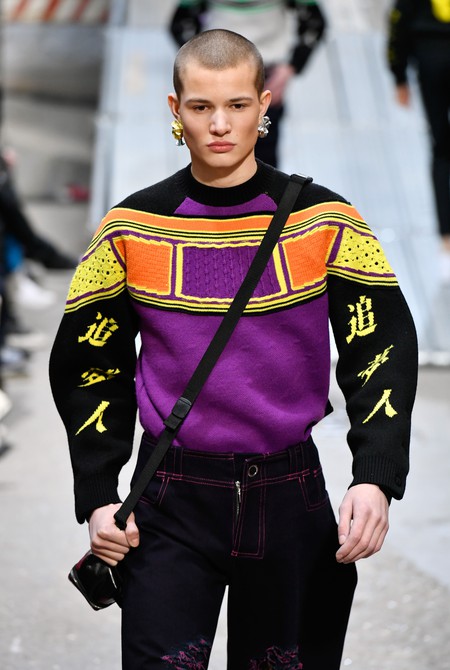 “Taiwan’s other name is the ‘Island of Scooters,’ where they’re needed for speed as well as convenience,” the designer told WWD backstage a 2018 in Paris. The bright colors throughout his collections are not only a nod to club wear, but also to a street culture where young people on scooters don DayGlo colors for visibility on crowded streets. In this way, Chiang brings a bit of Taiwan to the rest of the world through his work.

At first glance, Chiang’s work fits more comfortably into the menswear category. However, like other designers popular with a millennial audience, Chiang designs for a gender-fluid audience, using both women and men in his runway shows. This approach not only signals a modern view of identity, but also opens the market to both sexes, making his work more commercially viable. 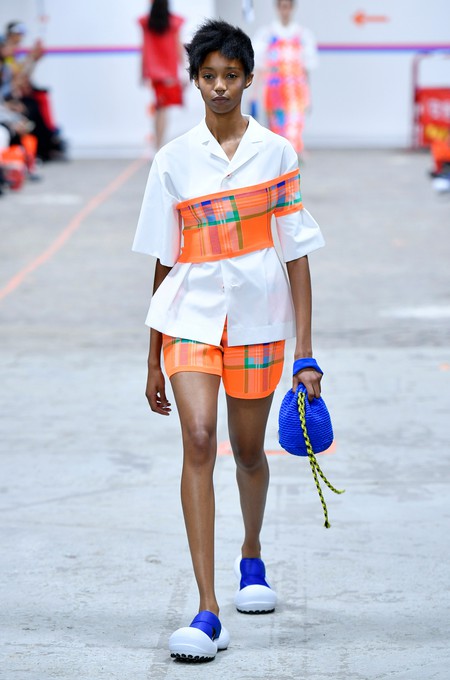 “The nods to plaid and ’80s tailoring make me want to recreate a modern day Clueless fashion story,” Kohler says when asked how she would use Chiang’s work in editorial. Riding the wave of’ ’80s and ’90s nostalgia popular with millennial shoppers is a wise design choice. However, Chiang’s website is distinctly of-the-moment, directing users to easy-shop options and social pages, making the work highly accessible. 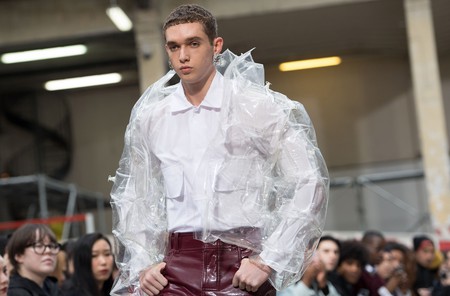