Where to Visit, Kaohsiung or Taichung? 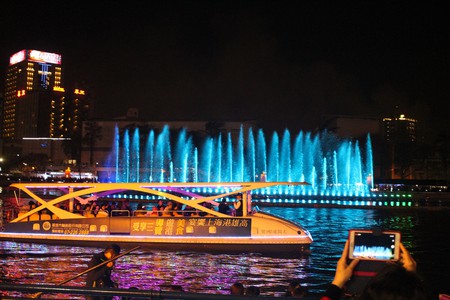 Of course, the perfect answer is both, but unfortunately visiting more than one city isn’t always possible. So, if time or budget are a concern on your next trip to Taiwan, which west coast city should you visit? Well, that all depends on what you are looking for.

Kaohsiung has a reputation for having some pretty great food – after all, it is said to be the original home of Taiwan’s famous beef noodles. Without a doubt, there are some fantastic restaurants in the city offering a huge range of cuisines from all over the world.

However, Taichung has a much more storied history when it comes to locally produced food. It’s the spiritual home of Pearl Milk Tea, the birthplace of the sun cake, and the only place where you can find true Taichung meatballs. And if that weren’t enough, Taichung has enjoyed a boom in recent years which has resulted in restaurants and cafés aplenty lining each and every street.

Recommendation – For food, it has to be Taichung.

There’s no denying the fact that religion is a massive part of the Taiwanese culture, and so each of its major cities is full of temples to various Gods. In Kaohsiung, the most famous is, of course, is the Fo Guang Shan Temple and Buddha Memorial Center, which is a huge complex of pagodas and buildings that are simply breathtaking. The city is also home to Lotus Pond, a man-made lake that has the famous Tiger and Dragon Pagodas on its shores.

Kaohsiung is also home to a great many museums such as the National Science and Technology Museum and the Kaohsiung Museum of Fine Arts. Then there’s the Pier 2 Art Center which is a reclaimed port area that is now home to cafés, galleries, and restaurants.

Taichung also has its fair share of museums, and the National Museum of Natural Science is the jewel in this particular crown. When it comes to temples, Taichung has plenty, and the Confucius Temple is the foremost among them.

Here, you’ll also find quite a few older buildings that have been carefully preserved and restored to their former glory. These include the Wufeng Lin Family Mansion, which is an impressive complex of small buildings and scenic gardens.

Recommendation – It’s a close call, but the Tiger and Dragon Pagodas along with the Fo Guang Shan Temple make Kaohsiung unmissable for culture vultures. 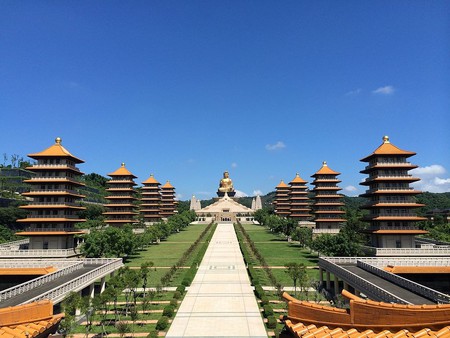 Aside from the obvious cultural attractions, there are also other tourist hotspots that make both cities worth visiting.

Take night markets, for example. In Kaohsiung, there are two huge night markets that both claim to be the largest in Taiwan. Rui Feng and Liuhe night markets are both massive places and well worth a visit. Both offer incredible food and no small amount of souvenirs and trinkets for keepsake-hunting travellers.

Taichung has Feng-Chia night market, which many in the city claim is the ‘real’ largest night market on the island. It doesn’t really matter which is largest though, as all three are wonderful places to visit, full of the sights, sounds, and smells of the night market.

Meanwhile, in Taichung, there’s the Taichung Opera House and the famous Rainbow Village.

Recommendation – Kaohsiung pips Taichung simply because there are a few more things to do in the city. 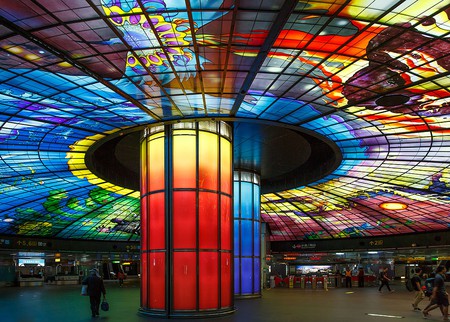 In Taiwan, the further south you go, the better the weather, yet for some reason both Kaohsiung and Taichung (which lies further north) both enjoy temperate climates and very little rain. Expect plenty of sunshine in both cities.

Recommendation – There’s nothing to separate the cities here.

Scenery isn’t really a concern when most tourists visit a city, but in both Kaohsiung and Taichung there are some pretty amazing open spaces.

In Kaohsiung, there’s Lotus Pond mentioned earlier and, of course, Love River. The river is an amazing place to be at night as the illuminated walkways light up the night view. Then there’s Cijin, which is a wonderfully quaint islet just a short ferry ride from the city. Here, there are panoramic views of both the coastline and the ocean.

In Taichung, scenery is a little different. It’s only a short bus ride to the countryside, and the areas surrounding the city boast some of the most amazing scenery. Gaomei Wetlands lies on the coast and offers the most incredible sunset views. Then there are the hiking trails of Dakeng, which range from easy to tough and again offer amazing views. The city itself is also home to a huge number of parks, green walkways, and, of course, the Botanical Gardens.

Recommendation – Taichung wins this one hands down. Although Kaohsiung does have some fantastic views, Taichung’s many green public spaces make it the perfect city for a relaxing break. 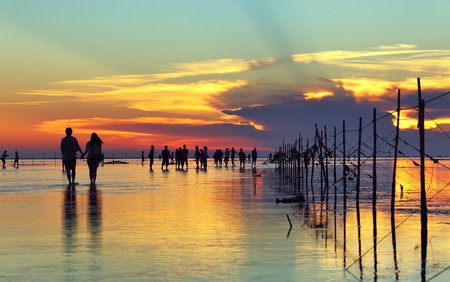