Where Can I Find Craft Beers in Taipei? 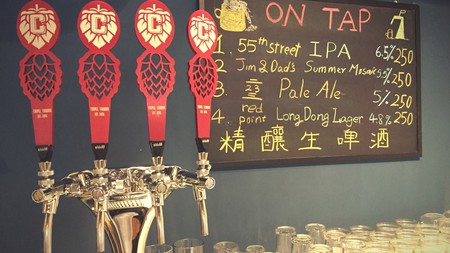 Beers on tap at Crafted | Courtesy of Crafted Beer & Co.

When Taiwan Beer’s Gold Medal just doesn’t do it for you anymore, and you’re bored of the Heinekens and Budweisers of the world, what can you do? Well, for the citizens of Taipei there was a time when the only option was to drink tea or hit the rice wine, but thankfully those days are a distant memory. Nowadays, those in search of a decent beer, or to be more specific, a decent craft beer need not look too far.

Once ruled by the TTL monopoly, the beer industry in Taiwan is going through something of a renaissance. There are now dozens of locally brewed beers on the market, with the local and expat community embracing the global infatuation with craft beers. In fact, they are so popular now that even the imported craft beer niche is starting to get quite competitive. Thankfully, this means that here in Taipei, we are now spoiled for choice when it comes to craft brews. But if you’re looking for the best places to find a hoppy IPA or a dark lager, then look no further than the places listed below.

First off, we have the rather aptly named Crafted Beer & Co. Opened in 2016 to meet the huge demand for both local and imported craft beers, this place is quite possibly the best place in the city for grabbing a few bottles of something you’ve never tried before.

They stock over 150 craft beers that are mostly from the US, Belgium, and, of course, Taiwan. The owner, Raul, is a big believer in the whole ‘Drink Local’ ethos, and so he decided that the shop’s four taps would be for local craft beers only. He also rotates the beers quite regularly, making sure that the breweries all get their chance to impress his customers.

But the best thing about this place is not the beers on tap (although they tend to be rather excellent), it’s the huge selection you have. Fruit beers, ciders, ales, IPAs, they’re all on the shelf or in the fridge, and the staff are clued-in as to what kind of tastes and aromas each offers. For takeout beers or a nice place to sit and have a chat over a local brew, this is one of the best places in town. 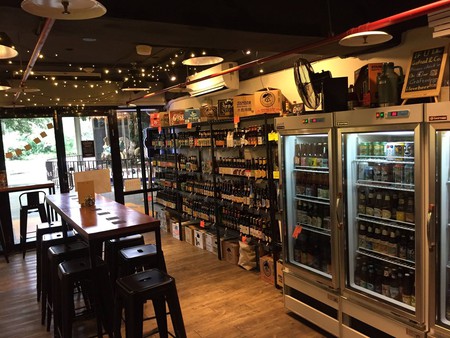 Now for a slightly different experience, you can head for The Local. It’s another aptly named spot that tries its best to not only deliver quality beers on tap but to create a welcoming atmosphere. The staff are pretty friendly and knowledgeable about all that’s on their drinks list. On any given night, you’ll find six craft brews on tap with at least one of the six usually from a local brewery.

Their fridge is seriously well stocked, and you’ll find anything from Lemonade IPA to stout and a whole lot more besides. And if you’re clever, you’ll make sure you hit the Local whenever they have their all-you-can-eat taco deal. Limitless tacos and endless craft beers, what could possibly go wrong? 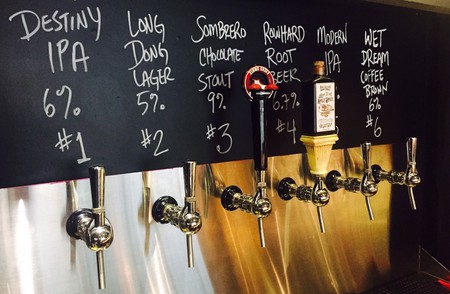 Okay, so the ‘true’ craft beer lovers will argue that there are no real craft beers in convenience stores, but I beg to differ. FamilyMart has taken the lead and really embraced this new craft beer drinking culture by stocking locally brewed Sunmai beers.

Take a walk into any FamilyMart on the island, and you’re likely to find a small Sunmai fridge stocked with their beers. And while it’s easy to assume that a beer stocked in every FamilyMart in Taiwan is from a massive company, Sunmai are actually a small family-owned brewery that started out as the now famous Le Blé d’Or chain of restaurants. 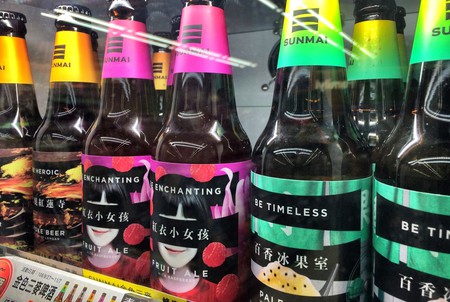 Commune A7 is open area in the heart of Taipei’s Xinyi District is a break from the norm in a neighborhood dominated by air-conditioned department stores. It’s a big open space that full of stands and food trucks set around a green area where you can sit and relax on the faux grass. This is where you’ll find Taihu’s Airstream bar serving several of the local brewer’s craft beers on tap. If you’re lucky, you can sit in the Airstream itself but be warned – there’s only space for about four people.

Across the green, you’ll find that Sunmai also have their own bar selling bottles and beer on tap from their pretty extensive range. There are tons of food stands here, too, and while they also sell beer, Taihu and Sunmai are the only two craft beers on-site. 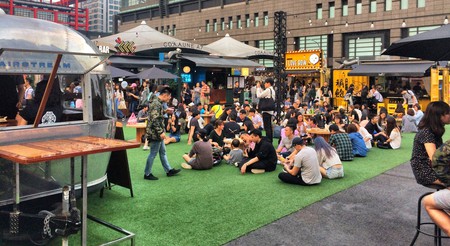 Sit and relax at Commune A7 | © Ciaran McEneaney

There are many other bars and stores scattered throughout the city where beer lovers can find both local and imported craft beers. And while each has a lot to offer the craft beer drinker, if you’re unfamiliar with the city, the places above are as good a place as any to get you started.