When Is the Best Time of Year to Visit Taichung? 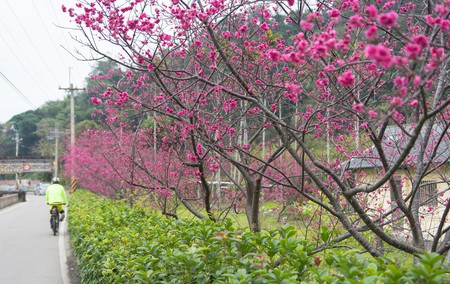 In recent years, Taichung has become something of a tourists’ haven, with the west coast city developing into an increasingly popular weekend destination due to the thriving café and restaurant scene and the epic sights. But when is the best time to visit? Should visitors avoid the heat of the summer or the relative cold of winter?

January is a quiet month in Taichung, with everyone in preparation mode for the coming Lunar New Year celebrations. There are very few things going on in the city, and while the weather isn’t what you would call cold, it does tend to be the coldest month of the year.

The Taichung Flower Carpet Festival usually closes in January and can be a nice event to visit for a taste of something different. Interestingly enough, although this is this the quietest time of the year in terms of events, there are quite a few tourists that visit the city during the month.

Lunar New Year, or Chinese New Year, usually falls in February but changes year by year according to the lunar calendar. This is by far the most significant festival or holiday of the year. However, there doesn’t tend to be a lot of activity during the month, as many locals spend most of their time at home with their families.

Having said that, tourists will find that a lot of businesses and restaurants have special offers during the holiday period. Unfortunately, hotels do not, so expect prices to be quite high.

The end of February or the beginning of March is when Taiwanese people celebrate the Lantern Festival. Again, this is dependent on the lunar calendar, so it changes from year to year. The Lantern Festival in Taichung takes place in Taichung Park, where many companies, schools, and community groups come together to display their work. 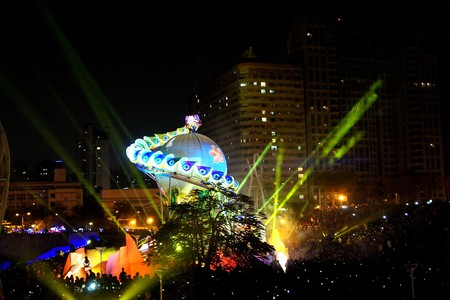 The beginning of April sees a two-day public holiday that comprises Children’s Day and Tomb Sweeping Day. This is a time when many locals take the opportunity to return to their family or ancestral homes to help maintain (sweep) the tombs of their relatives and ancestors. For this reason, traveling around the 3rd to 6th of April is best avoided.

May sees the temperatures rise even further, yet tourism and events slow down a little during the month. There are very few events planned during this time of year, but due to the lull in tourism and the high chance of rain, it can be a good time to visit and get some great deals on hotels and travel packages.

June is a hot and humid month in Taichung with plenty of rainy days, although visitors could easily spend a week here with no rain at all. This is often the month during which Dragon Boat Festival falls, and no matter where you are in Taiwan, it’s a fun time to be in the region. Boat races don’t usually take place in Taichung, but it’s only a short drive from Taichung to Lukang in Changhua County. The local bus leaves from Taichung train station and takes about 60-90 minutes. This is one of the most popular places to visit during the festival, and the races here are highly competitive.

Back in Taichung at Daan Beach, the Daan Sand Sculpting Festival takes place for about two weeks. Here, visitors can see the incredible sand sculptures created by local and international artists or even take a chance at creating their own masterpieces. 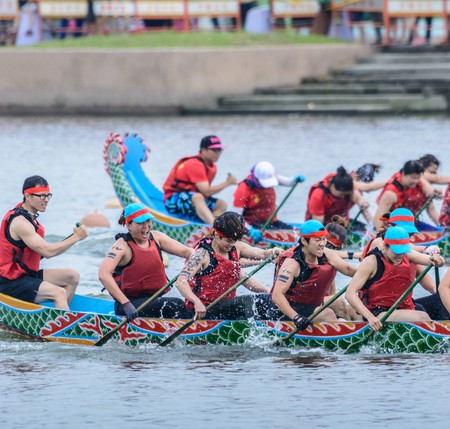 The Taichung Comic Arts Festival is a new event and takes place either in July or August. It’s a chance for local artists to showcase their talent and for visitors to learn a little about the influence local folklore and culture has on the comic book industry.

As with June, July is quite hot, and while there may be some smaller events arranged year to year, it’s a quiet time for tourism.

August continues the hot and balmy period here in Taichung, but interestingly enough, tourism is actually lower in this month than others, which means cheaper hotels. This could be due to the heat and humidity or the fact that the month usually coincides with Ghost Month. With the scorching heat and a few rainy days throughout, it’s a great month to visit for those who want to avoid the peak season.

The Mid-Autumn Festival, or what is more commonly known as Moon Festival, usually falls in the month of September; while this may mean little to most visitors, those who have local friends may get a chance to attend the now traditional Moon Festival barbecue.

There’s also the Okay Taichung Cycling Festival, which encourages people to get out on their bikes and enjoy the incredible local countryside. This festival sometimes takes place in October.

Another important holiday in Taiwan is Teacher’s Day, which is celebrated on September 28, which also just happens to be the birthday of Confucius. Taichung’s Confucius Temple is a hive of activity on this day, as worshippers flock to the temple to give thanks and ask for luck for the coming academic year.

Anyone who has been to Taiwan in October will understand the significance of the Double Ten holiday: the day to celebrate all things Taiwanese. Taichung celebrations are a little more muted than those in Taipei, but still quite fun to witness as the entire island takes a day off to indulge in some well-deserved Taiwanese pride.

November sees the city celebrate the Taichung International Dance Parade and Festival. It’s a great opportunity to witness the many local private dance schools show off their skills. The event draws thousands of people and is hosted by the city mayor. It’s a three-day festival and is growing in popularity year by year.

New Year’s Eve is a big deal in Taiwan, which is unusual given that so many festivals follow the lunar calendar. Nevertheless, in Taichung, the celebrations kick off on December 31 and rival the big fireworks display at Taipei 101.

But before those celebrations get underway, there’s the small matter of a Christmas Carnival that takes place throughout the month of December. There are decorations, stalls, vendors, and displays, with the majority based in the city’s central district. Locations change from year to year, and it’s interesting to see the fun activities and carnival atmosphere in a region where the vast majority of the population don’t even celebrate the holidays.

Most Taichung residents will tell you that there’s no wrong time to visit the city, and they would be right. Taichung is a vibrant city full of life and exciting things to do. The only time to really avoid the city is during the busy public holiday of Tomb Sweeping, but this is because of how busy the trains and buses are at this time.

With its temperate climate and wonderfully friendly people, Taichung is a city that you can visit any time of the year and still have fun.