This Company Is Making Flip Flops out of Taiwan's Beach Trash 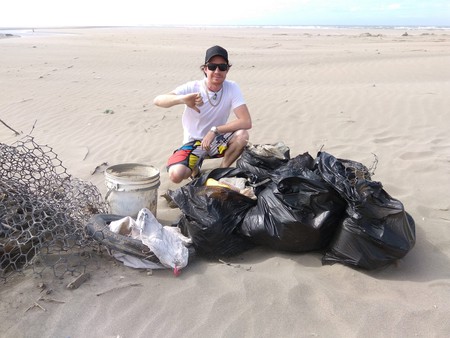 Ever wondered what happens to all that plastic that washes up on beautiful beaches all over the world? Well, here in Taiwan, two brothers have turned other people’s trash into a thriving business that is also helping the environment.

Subs is the brainchild of two New Zealander brothers, Andrew and Justin Lambie, who both live in Taiwan’s west coast city of Taichung. A long-term resident of the city, Justin had already had a few ideas on setting up a flip-flop business, but had yet to make his move into the industry when ex-soldier Andrew decided to join him here in Taiwan.

Both brothers are avid environmentalists, and so it upset them to see plastic debris washing up on Taiwan’s beaches each and every day. Much of the trash that washes ashore here is actually from other places, so it’s doubly upsetting for them to see the beautiful shores of their adopted region affected in such a way. Intent on helping out, the brothers put their heads together and tried to figure out how they could help clean the oceans and put the trash to good use. And so Subs was born.

The brothers arrange beach cleanups throughout Taiwan and use the gathered plastic to manufacture their flip-flops. They say that for each pair of flip-flops they manufacture, half a kilo of trash is removed from beaches and oceans. But that’s not all. They have also implemented a recycling program that allows their customers to return their old pairs when buying new ones. To say this company is on point when it comes to the environment would be an understatement.

Right now they also manage beach cleanups in New Zealand, Japan, and USA, and they hope to expand their sponsorship programs to many more locations throughout the world. 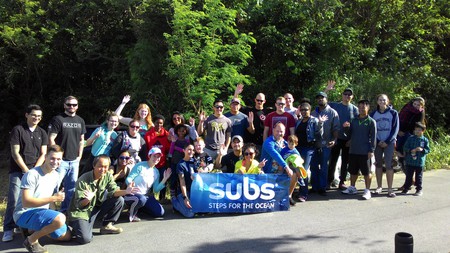 But what do the locals think about all this? According to Andrew, the locals are extremely positive about their venture. He said “Most of our cleanup helpers are locals, and sometimes people driving or walking by will stop and ask what we’re doing. And once they hear, some will join in and start helping out.”

As a company, Subs is not just about cleaning up the oceans. They also support several charities, with the most notable being the KidsCan charity in New Zealand. The company produced a special line of flip-flops called Sea Souls and committed to donate all the profits to the charity.

Their commitment to being a socially responsible company has won them many fans all over the world, with people buying and wearing their flip-flops on every continent. They have even managed to impress a few celebrities along the way, with stars like Russell Crowe and James Trevena-Brown helping spread the good word about Subs.

To date, the company has removed more than 107,000 kg of debris from the oceans and beaches of the world. A breathtaking amount, but given that our oceans are so polluted, Subs still need a little help from people across the globe to make their dream of a plastic-free ocean come true.