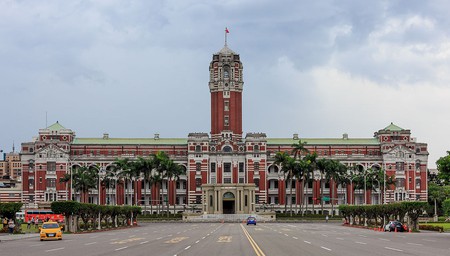 It stands proudly as one of Taiwan’s most recognizable buildings, drawing thousands of visitors each year. For anyone making the trip to the land they call Formosa, Taiwan’s Presidential Office Building is an absolute must-see. Here are the most interesting facts about this famous building.

It was built by the Japanese

Strange to say that one of Taiwan’s most famous buildings was built by the Japanese, but it’s true. During Japanese colonial rule, the Presidential Building was built as the office of the Taiwanese Governor. Designed by Japanese architect Uheiji Nagano, the building takes inspiration from classical European architecture.

Although it may appear ostentatious from the outside, the building was designed to be functional and has over 300 rooms, many of which are used in an official capacity to this day. 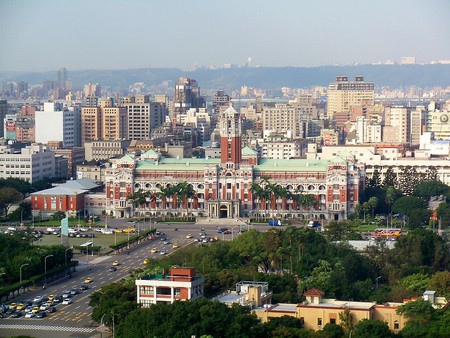 It used to be the tallest building in Taiwan

The 60-meter tower is dwarfed by Taipei 101, but during the Japanese colonial era, it was, in fact, the tallest building. For this reason, it was a target for Allied bombers during World War II, and although it was damaged significantly in several raids, it was never completely destroyed.

It’s the base for Double Ten Day celebrations

Every year on October 10, as Taiwan celebrates its national holiday, the Presidential Office Building becomes the base for the celebrations. The day’s main parade passes by a temporary grandstand erected in front of the building, where the president and foreign dignitaries watch the events. 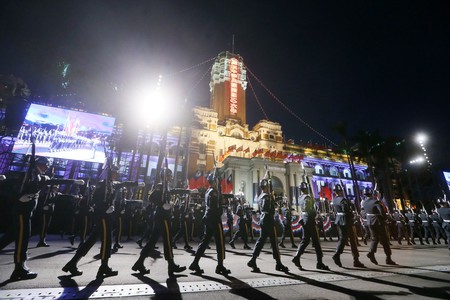 It’s also the base for political demonstrations

After enduring martial law for so long, the idea of political demonstrations is fairly new to the Taiwanese people, but they are not afraid to let their voices be heard. The Presidential Office Building is often the meeting point for such protests or the finishing point for planned marches.

It used to be a racetrack

The land where the building is located was once home to family residences and two ancestral homes. The two homes belonging to the Chen and Lin families were relocated to other areas in Taipei, but for a time the land stood idle. At this point, the Japanese occupiers’ obsession with horse racing led to the land becoming a temporary racetrack. This is particularly interesting, as Taiwan has no horse racing tracks due to strict gambling laws.

As this is a working building, security around the area is very tight. There are armed guards surrounding the building, while there are military police everywhere inside. Visitors need to bring photo ID and undergo a few checks before being allowed to enter. It might seem a bit heavy-handed, but given that the president actually works in the building, it’s quite understandable. 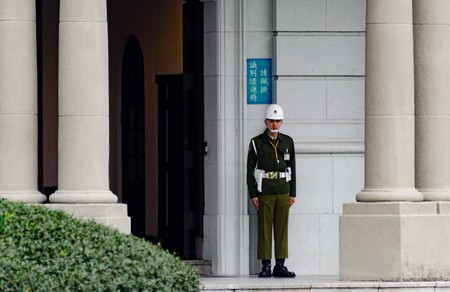 More than 10,000 people visit it every month

Since it opened for tours in 1995, more than 3.5 million people have visited the building. And although more than 10,000 people visit each month, the scheduled tours and reservation service means that it’s rarely overcrowded.

You can walk to C.K.S. Memorial Hall

Located on Ketagalen Boulevard, the Presidential Office Building is close enough to C.K.S. Memorial Hall that you can walk to it in a few minutes. In fact, both the National Taiwan Museum and Ximen shopping district are also within easy walking distance.