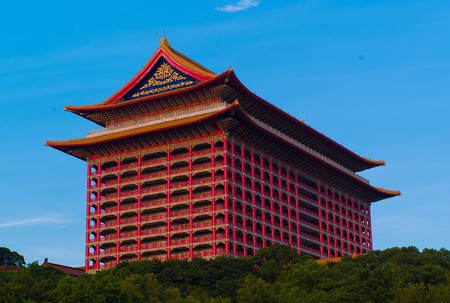 The Grand Hotel is one of Taipei’s most iconic buildings and attracts tourists in the thousands each and every year. Here are some of the most interesting facts about this impressive building.

It was built by a non-profit organization

Believe it or not, the Grand Hotel, one of the city’s busiest and most expensive hotels, was built by the Duen-Mou Foundation of Taiwan. This non-profit organization works under the administration of the Ministry of Transportation and Communications, so you could say it’s a government-run hotel.

It took 21 years to complete

Work began on the hotel back in May 1952, and it wasn’t fully completed until October 10, 1973, which rather fittingly is Taiwan’s National Holiday. The design is classical Chinese architecture, and the main building is one of the tallest of its kind in the world.

It used to be Taiwan’s tallest building

Yes, it’s incredible to think that in the home of Taipei 101, once the tallest building in the world, this 14-floor hotel was once Taiwan’s tallest building. It’s incredible but true. Although there are only 14 floors in the main building, the roof adds quite a lot of height to the hotel. 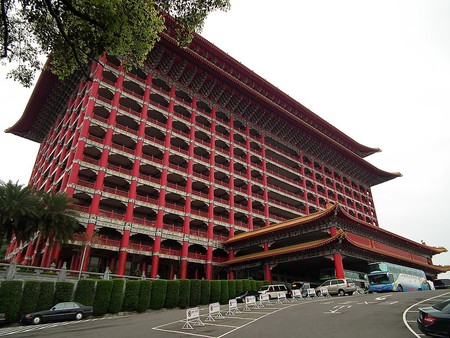 The entrance to the hotel | © lienyuan lee / WikiCommons

It was once one of the world’s finest hotels

Back in 1967, Fortune Magazine declared that the Grand Hotel in Taipei was one of the best hotels in the world. In fact, they even went so far as to name it among the top ten. A year later, the US magazine Holiday followed suit, naming it as their best hotel.

It survived a huge fire

In 1995, the roof of the hotel caught fire, and unfortunately, the fire department was unable to reach the blaze in time as it raged out of control. With no other option, the upper floors and roof were left to burn. However, the hotel survived, and after three years of refurbishment, it was back to its former glory in 1998.

It has hosted many famous names

US Presidents Richard Nixon, Dwight D. Eisenhower, Ronald Reagan, and Bill Clinton have all stayed at the hotel although Eisenhower was the only to do so while serving as president. Other notable guests include Nelson Mandela, King Hussein of Jordan, the King and Queen of Thailand, and Margaret Thatcher. Senator of the Philippines Benigno Aquino Jr. stayed in the hotel the night before his assassination on his return to Manila after years in exile. 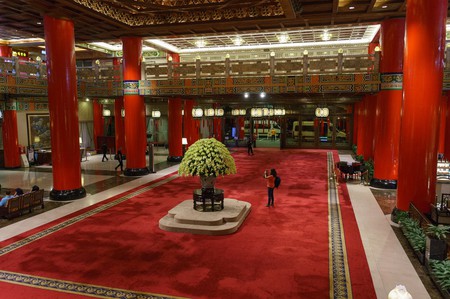 It has a secret tunnel

Well, it’s not so secret anymore, but the hotel does have an escape tunnel with a slide for evacuation purposes. There are a few legends surrounding its use, but the hotel states that it was put in place so that foreign dignitaries could escape in the event of an attack or natural disaster.

The hotel lobby is an impressive sight and one of the most popular locations in the city for afternoon tea. There are three restaurants on-site and while they are expensive, it’s often quite difficult to get a table. 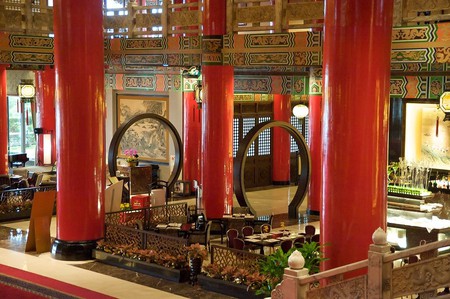 Shilin is one of Taiwan’s most popular night markets, full of vendors selling everything from clothes to some of the city’s most famous street foods. The hotel is only a short 15-minute walk away.