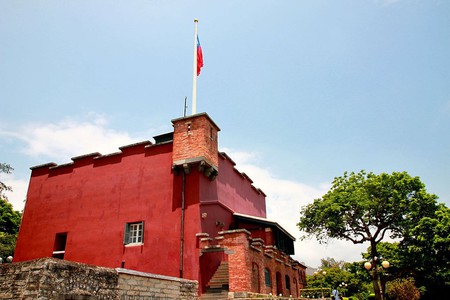 Located in Taipei’s Danshui District, Fort San Domingo is a historical monument that stands as a testament to the foreign nations that took an interest in this small island nation throughout the centuries. Here are some of the most interesting facts about this fort that has stood for over three centuries.

It was built and destroyed by the Spanish

With a name like San Domingo, there’s an obvious Spanish connection here. At the time of its construction in 1628, the Spanish were in control of northern Taiwan and built this fort as one of their bases of command. When they lost the war to the Dutch, the Spanish destroyed the timber fort rather than allowing the Dutch the use of it.

The Dutch rebuilt it

By 1744, the Dutch had rebuilt the fort using stone and renamed it Fort Antonio. It has stood the test of time ever since, and although more wings, walls, and gates have been added over the years, the original fort is still much the same as it was in 1744.

It has a strange nickname

When the Dutch occupied the fort, the local Han Chinese settlers called them the red-haired people, and so naturally the fort became known as the red hair fort. It’s a nickname that stuck, and to this day locals call it by this name and not Fort San Domingo.

It was once the British Consulate

In 1868, the British took the fort as their trade consulate for the region. They built a residence on the property next to the fort, which then became the official residence of the ambassador to Taiwan. The consulate closed during the Second World War, and the Japanese occupied it. It reopened after the war and remained the consulate until 1972. 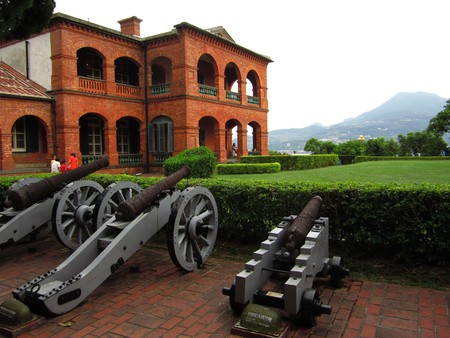 It’s a great place for a break from the city

Although Danshui (also written as Tamsui) is still part of New Taipei City, it is located far enough away that there’s a feeling of escape when visiting. Danshui itself can be a little hectic on the weekends as there are plenty of things to do, but Fort San Domingo is a welcome reprieve from the bustle of the city.

The fort was built on a hill to give its occupants the best views of the ships and boats as they entered the once busy harbor. These days, it offers tourists the perfect viewpoint and an ideal spot for photos of the river and surrounding areas. 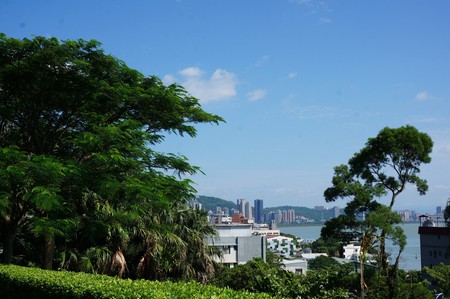 There are photos inside that show the old Danshui

Check out the photos inside the museum that show Danshui throughout the years. It’s a real eye-opener and shows just how much development has taken place in this fishing village and harbor.

Take a walk to the fort (or the bus)

The fort is on a hill, so some tourists prefer to take the R26 bus from Tamsui MRT Station and then walk the short distance up the hill to the fort. For those that prefer to go on foot, it’s a good 20- to 25-minute walk. Some people prefer to visit the customs officer’s residence first before stopping by the fort, as they think there’s less climbing involved this way.