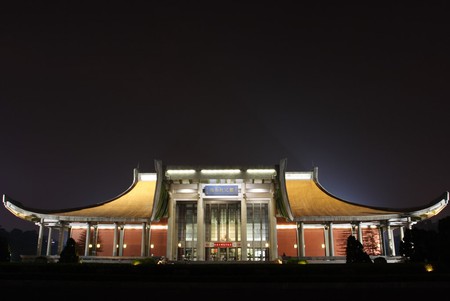 Dr. Sun Yat-sen Memorial Hall has taken a bit of a back seat to both C.K.S. Memorial Hall and Taipei 101 when it comes to tourism in the Taiwanese capital, but nonetheless, it is a spot well worth visiting. Here are some of the most intriguing details about this much-loved memorial.

Doctor Sun Yat-sen is often referred to as the father of the Republic of China, or more commonly as the father of Taiwan. The memorial was originally built as a place to house a variety of relics and items from both Sun’s political and personal lives. 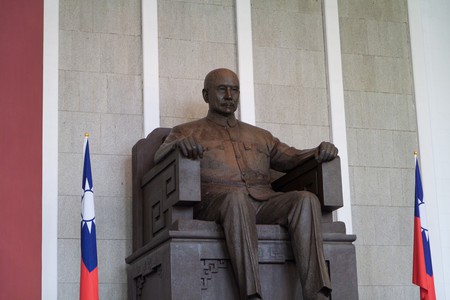 The design was chosen by public contest

When Sun’s protégé Chiang Kai-shek passed away, the memorial hall was considered a fitting venue for the funeral. It wasn’t a traditional Chinese burial, as Chiang’s wishes were that he would eventually be laid to rest in mainland China once the KMT had retaken control there – a wish that would never come true.

It’s not just a hall

The park surrounding the hall is a hugely popular place for locals to take a break from the hustle and bustle of the city. It’s not uncommon to see people flying kites, doing exercise, or just relaxing in the landscaped grounds. The garden is 110,000 square meters in size and features Lake Cui and Xianshan Bridge. 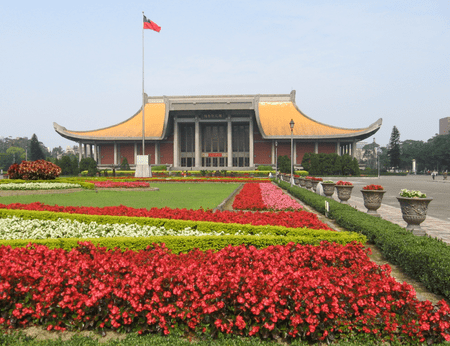 Taiwan’s Golden Horse Awards are a pretty big deal and something akin to the Oscars. For the last five years, the stars of Taiwan’s silver screen make their way to the iconic hall to attend the awards ceremony in late November.

The changing of the guards that takes place at Chiang Kai-shek Memorial Hall is the most popular stops for tours of the city, so you can expect to see large crowds. Here at Dr. Sun Yat-sen Memorial, it’s a little quieter but just as impressive. The change takes place every day from 9am to 5pm on the hour. 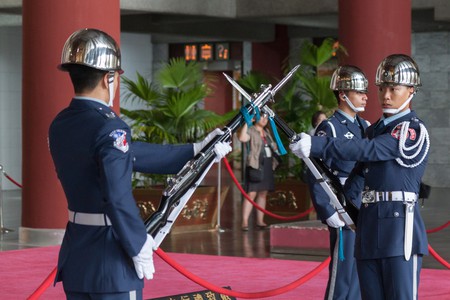 The library in the memorial hall is home to an incredible selection of books and manuscripts, none of which can be taken out of the building. There are very strict rules, and each visitor must leave their ID at the front desk before entering. It’s a strange practice, but one that none of its visitors seem too bothered by.

Although it was originally intended as a memorial hall for Sun’s life, the Taiwanese government decided to open the hall to shows and art exhibitions. It now hosts many of each both inside the hall and in the surrounding park.