The Story Behind Formosa Boulevard’s Dome of Light 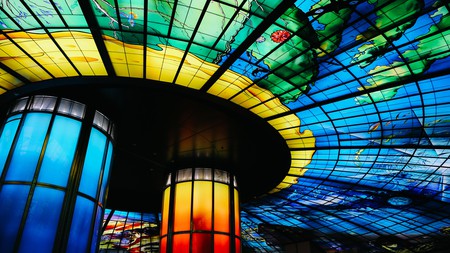 Despite effectively serving as a city’s nervous system, the public art potential of the metro is often underexploited. Cities that build beautiful stations, like Moscow and Stockholm, transform a drab commute into one of wonder and delight. The Dome of Light at Formosa Boulevard did this for Kaohsiung in Taiwan.

In the years since its inauguration in 2008, the Dome of Light has earned Formosa Boulevard a place at the top of multiple ‘Most Beautiful Metro Station in the World’ lists. Its 1,152 hand-painted glass panels, with themes ranging from the political to the metaphysical, have become a source of pride for the thousands of Taiwanese who pass under it every day. It led the city’s transformation from bleak factory town to Taiwan’s creative heart and has changed not only the world’s perception of Kaohsiung, but Kaohsiung’s perception of itself. 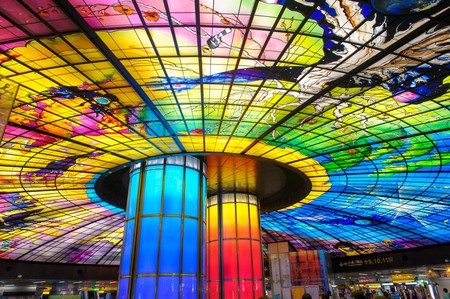 The artist was Narcissus Quagliata – Italian-born and Mexico-based, he was selected by the Kaohsiung Rapid Transit Corporation (KRTC) to create a public artwork as the centrepiece of the city’s new metro system. The move sparked controversy among residents, who believed that a native artist should have been commissioned.

Aware of this, Quagliata learned as much as he could about Kaohsiung and the Taiwanese, beginning with his maiden visit in 2002. “When I saw Kaohsiung for the first time, it was a heavily industrial city with few beautiful places,” says Quagliata. “Even the places that could have been beautiful – like the port – were not developed. It just seemed that there was nothing beautiful for the sake of it.”

“So, when I first presented my drawing to the KRTC, I said, ‘This is the first thing in Kaohsiung that is entirely useless. It’s intended to be beautiful, and that’s it.’” 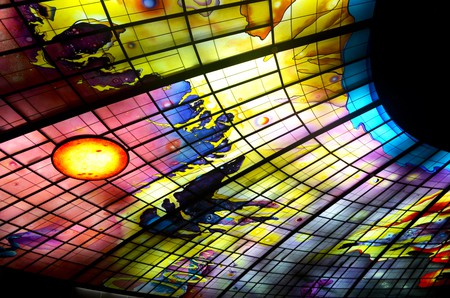 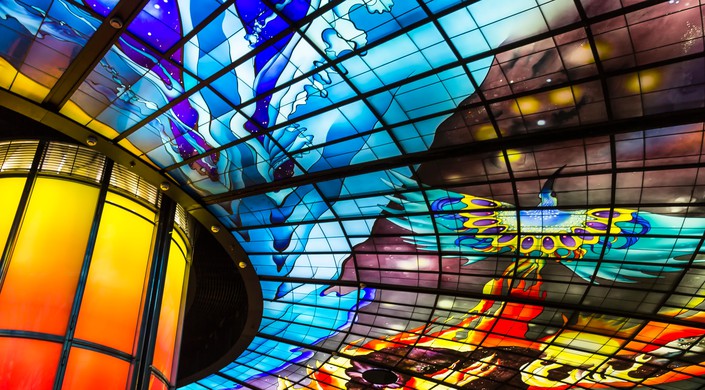 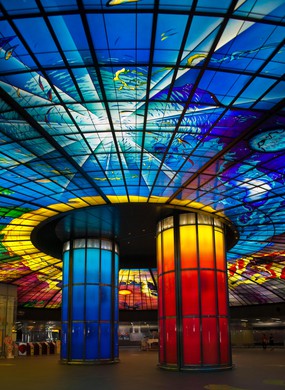 Quagliata aimed to craft a piece that paid homage both to his preferred cosmic themes and his experiences of Kaohsiung. During his research, he asked young people on the city streets what they wanted to see in the work. “Superheroes! Put superheroes in it!” said one. “Put me in it!” said another.

Quagliata also spoke with the then-mayor of Kaohsiung, Frank Hsieh, who explained the historical significance of the Formosa Boulevard site. “In that square, starting with that event, democracy was born in Taiwan,” said Hsieh. “That event” is now known internationally as the Kaohsiung Incident.

In 1979, amid growing opposition to Taiwan’s repressive, one-party government, President Chiang Ching-kuo agreed to hold a democratic election but cancelled it at the last moment. The resulting protest descended into chaos as police encircled protesters and detonated tear gas. The eight instigators – the ‘Kaohsiung Eight’ – were put on trial and handed sentences ranging from 12 years to life imprisonment. Hsieh was one of the lawyers on the defence team. “That incident was the beginning of a chain of events that led to the transformation of our society into what it is today,” he said. 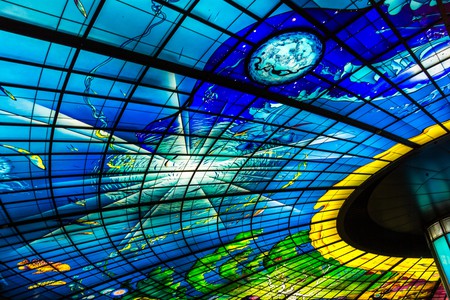 Meanings behind the dome

After meditating upon his memories of the city, Quagliata found the images of the dome presenting themselves to him, as if in a dream. The result was a collection of metaphysical symbols, arranged into four quadrants representing The Sea, Life, Creation and Conflict.

In the centre are Quagliata’s ‘superheroes’ – not the superheroes of popular culture, but figures that symbolise life and nature. The Conflict quadrant, with two flaming wrestlers and a rising phoenix, was inspired by a quote from Frank Hsieh: “Out of inevitable conflict comes resolution and peace.”

The rim of the dome portrays different facets of humanity. Graceful blue-green dancers, shrouded in algae, represented Taiwan’s strong theatre tradition. A procession of figures in the Life quadrant includes silhouettes of fishermen, children and motorcyclists. The cross-legged figure of Meditation, in the Creation quadrant, was inspired by the groups of tai chi practitioners Quagliata saw in Kaohsiung’s parks.

Despite the depth of its themes, Quagliata designed the dome to be enjoyed by all. “It’s big and it’s colourful,” he says. “It’s meant to work at an emotional level, not an intellectual level – you can just enjoy the colour and movement, or you can look at the images and wonder what are they suggesting. Either way, it’s an art piece for the people, not for a select group of art lovers.” 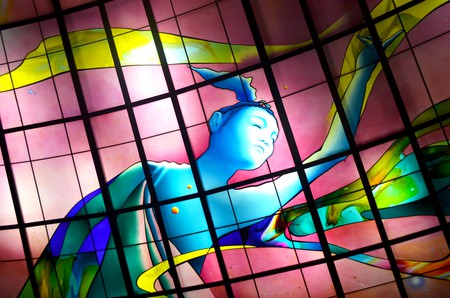 Some of the characters depicted in this artwork are modelled on real-life people; others are fictional superheroes | © Juan Vilata / Alamy Stock Photo

The dome’s impact was immediate. “There have been concerts there; people started taking their wedding pictures under it,” says Quagliata. “People are proud of it. And when I saw the tourist office advertising itself with a picture of the dome, I knew that I had succeeded in my main mission.”

The piece was a catalyst for the city’s transformation. The polluted Love River was cleaned up, abandoned warehouses became independent art galleries, and the once-unloved port became a weekend hangout for young Taiwanese families.

In 2011, Quagliata followed up his success in Kaohsiung with another work, ‘The Brushstroke of Light’, in the lobby of the Oriental Empire apartment building in Taichung. His first Taiwanese work, however, remains his most beloved. “I love the city of Kaohsiung,” he says. “You go into parts of it at 6am and they’re filled with people doing tai chi, meditating, or dancing… the spirit of the city is quite extraordinary. I have a part of my heart there. It was probably the most successful piece of my life.”

“The piece is theirs. It’s now incorporated into their sense of self, which is what I wanted. I wanted to do something where they would say, ‘This is me; this is my city’.” 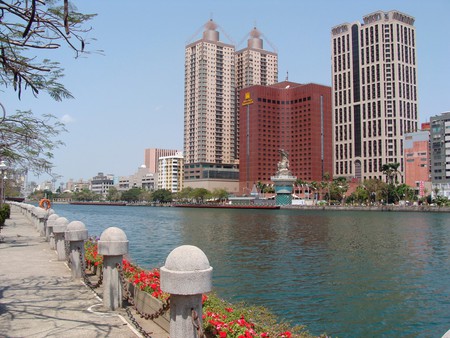 Following suit, the Love River has been cleaned up and rejuvenated | © Top Photo Corporation / Alamy Stock Photo
Give us feedback