The Most Beautiful Beaches in Taiwan 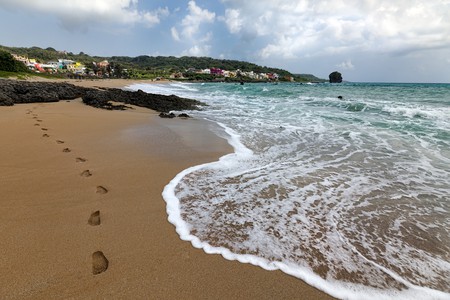 Taiwan may lack the beach holiday reputation of other Asian destinations, but nevertheless, there are many stunning beaches and amazing seaside towns on this beautiful island. From pebble strewn coastlines to white sands, Taiwan boasts numerous breathtaking beaches, and here are three of the most beautiful.

Popular among the younger generation, Fulong beach is a long stretch of golden sand some of which is partitioned off as a private area. Anyone can use the private area for a small fee which will give them access to showers and changing rooms. However, the public beach is clean and wonderfully scenic with pathways through the dunes and grasses. 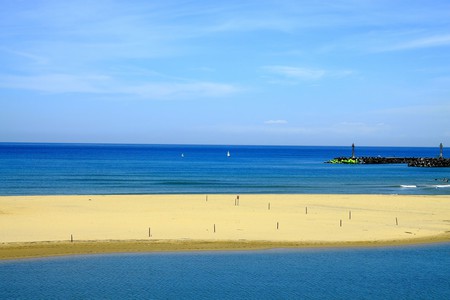 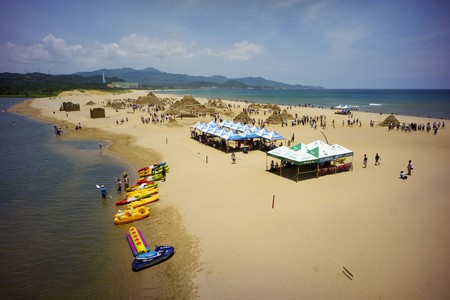 Fulong is host to an annual Sand Sculpture Festival which attracts large crowds to the village and which, while fun, takes away from quiet serenity of the area. However, this beach is well worth a visit and offers some fantastic sunrise photo opportunities. 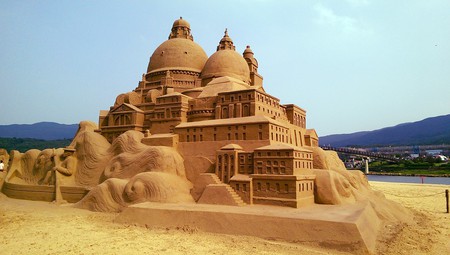 The beach is at the mouth of the Shuang River, which divides it into two parts. You can cross between the sections using the pedestrian “rainbow bridge”. Access to the bridge depends on the tide as sometimes parts of it are underwater.

Famous for its green troughs and trenches carved out of volcanic rook, Laomei is a must visit section of coastline for photographers. This is an expansive sand beach with the stone troughs and trenches meeting the sea in the middle section. The algea growing on the stones thrives from April to May making it the best time to visit to see the full spectacle. It then dies out over the summer, but the troughs are still a sight to behold. 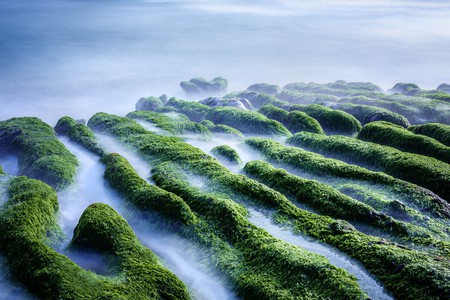 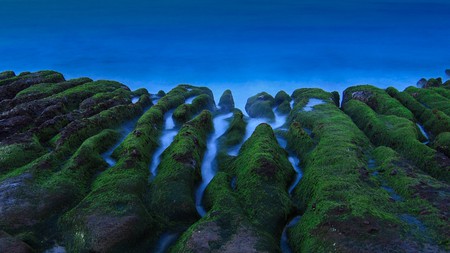 The local government built a pathway between Fuguijiao Light House (the northernmost tip of Taiwan) and Laomei beach. It’s an ideal spot for an exceptionally scenic walk through some incredible coastal countryside. 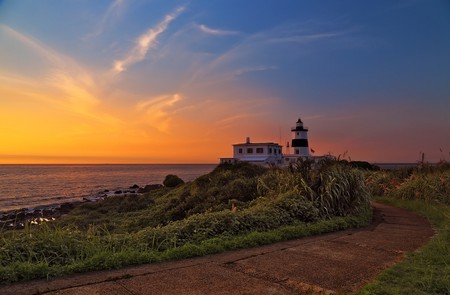 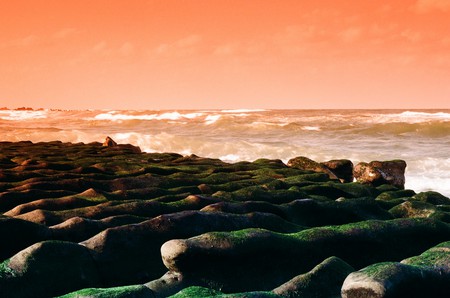 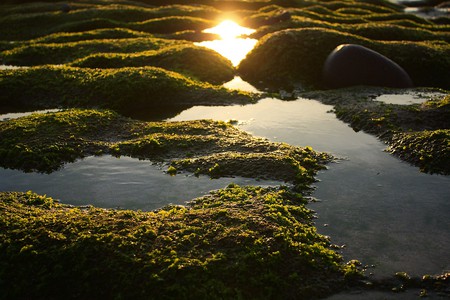 There was a time when this beach was closed off to the public and only guests at the Chateau Hotel could use it. Thankfully the beach is now open to everyone and it’s a very popular place for a quiet day on the sand. Even though there is a five star resort on the beach, the crowds don’t get too bad and the beach itself is in pristine condition. 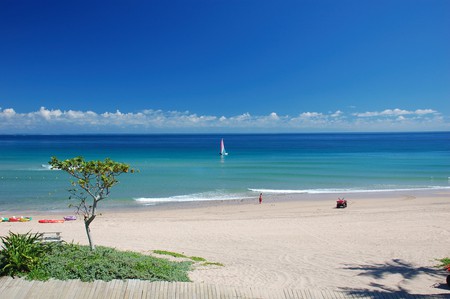 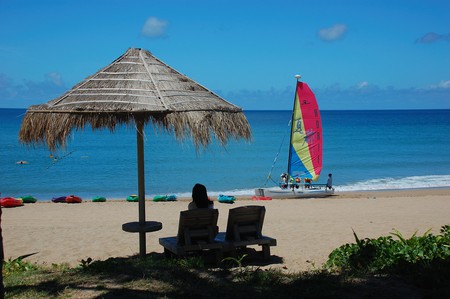 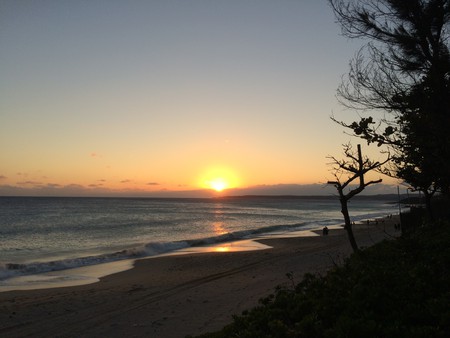 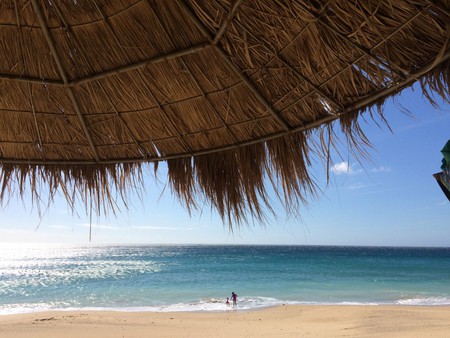