The Intricate Art of Attire: The Ceremonial Dress of the Rukai Indigenous 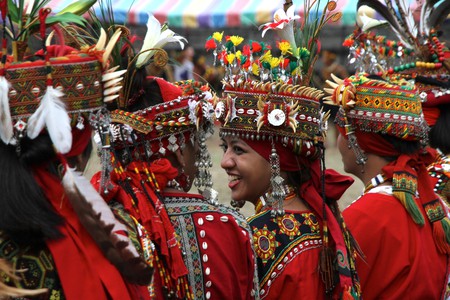 The Rukai, like many of Taiwan’s indigenous peoples, are famed for their cloth making skills. Their everyday clothing is expertly made, but without a doubt, it is their skill at creating ceremonial dress that is the most interesting. Here we take a look at the process behind creating these incredible pieces of clothing and why they are so important to the tribe.

Similar in style to the Paiwan people, the Rukai’s ceremonial attire is nothing short of a weaved work of art. However, not everyone in the tribe is entitled to dress so colorfully. As casual observers from the outside, tourists are given glimpses of the most intricate clothing the Rukai have during ceremonies put on for the public, but these intricately woven items are actually status symbols usually worn only by the tribe’s nobility. 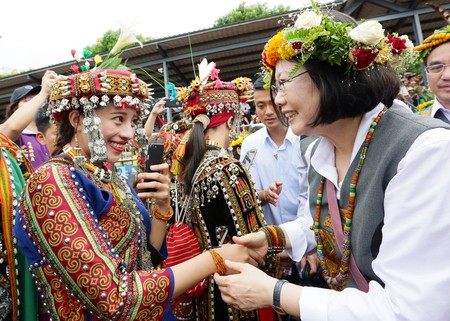 The hereditary aristocratic social structure is extremely important in several tribes in Taiwan, and in the Rukai tribe, a person’s attire signifies their place within that structure. The nobility or upper classes are permitted to wear the most colorful and ornate of weaves while the commoners must make do with plain clothing.

During the many ceremonies held throughout the year, the Rukai people gather in their most ostentatious finery which includes head wear with insignia, headscarves, skirts, and leggings for the men and garlands, jewelry, gowns, and shoulder ornaments for the women. 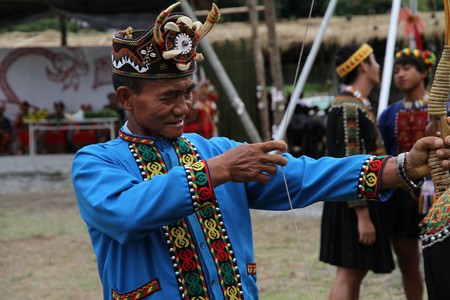 All of these items are handmade by the women of the tribe using a horizontal loom. Recent generations have adapted their clothing to also make use of wool and cotton, but the truly authentic Rukai attire is usually linen.

The making of ceremonial clothing is an almost ritualistic process which men can take no part in whatsoever. So much so, that if the women are weaving, men must remain outside the house. The dyes they use come from plants and herbs found in the local area and the patterns created by interweaving various colors are quite significant.

The Rukai people honor the clouded leopard and the hundred pacer, both of which they believe to be the spirits of their ancestors. But it is the hundred pacer, a viper native to Taiwan and Asia, that is most commonly seen in their ceremonial dress alongside the sun. The patterned skin of the snake is the inspiration for a variety of designs and motifs created with stitch and patch embroidery.

Although glass beads and jewels hold a prominent place in this tribe’s ceremonial dress, these days it is more common to use plastic alternatives due to the cost and scarcity of the stones and beads once used by their ancestors.

Unfortunately, these are not the only concessions the tribe has had to make in a country which has changed so drastically since the Japanese occupation. A lack of interest from the Taiwanese government of the past also led to a hard life for this and many other tribes on the island. However, it is clear that the ongoing creation and use of these intricate ceremonial items of clothing are doing an incredible job of bringing more public attention and therefore, protection and state funding to a tribe that numbers less than 13,000 people. While the ceremonial dress of the tribe was always an integral part of their culture, it’s doubtful that the first Rukai ever thought their clothing would become the most significant.