The Dying of the Light: Men who Fish with Fire

Each year from May to July the fishermen of the northern district of Jinshan in New Taipei City take to the waters in the dying light of sunset to carry out an age-old practice; the art of fire fishing.

Taiwan is home to many intriguing local customs and traditions such as the Pingxi Sky Lantern Festival, but none capture the imagination quite as much as fire fishing. For three months of the year, local fishermen spend up to six hours each night out on the water. Using a mix of chemicals, they light fires at the end of bamboo sticks enabling them to attract sardines in their thousands. 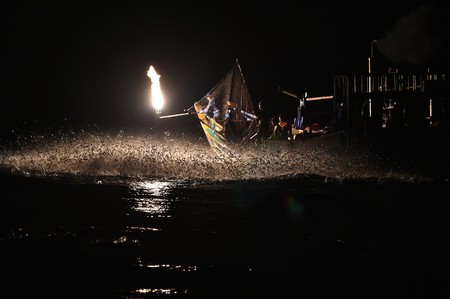 Sardines are attracted to the fire | © Seven Nich / Flickr

At one time the area boasted 300 fire fishing boats, but now the local fleet is down to just three vessels. Unfortunately, the practice is now a dying art with less than 30 fishermen taking part in the three-month fishing season. 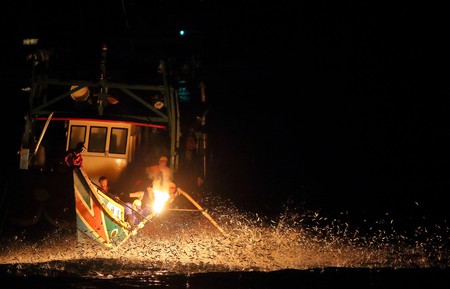 The fish practically jump into the nets | © Johnson Bai / Flickr

A good night of fishing might yield a haul of 3-4 tons of sardines for each boat. However, given that each boat has ten fishermen to support and a short 90-day window, many young locals are disinterested in taking up the trade. 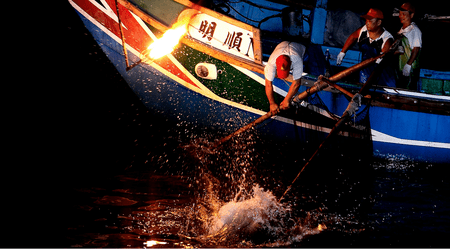 The average age of the fishermen is 60 and this combined with the fact that their boats and equipment are quite old makes for a hard three-month shift. Thankfully the government provides a subsidy to encourage the fishermen to keep up the practice and pass on their skills to the next generation of fishermen. 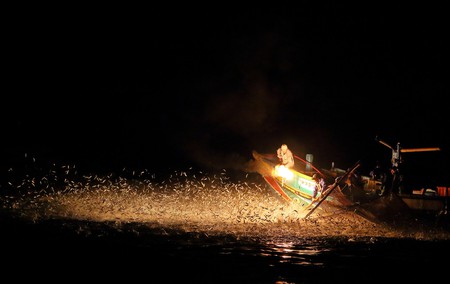 The practice is enjoying the limelight in recent years thanks to the Jinshan Sulphuric Fire Fishing Festival which began in 2013. The festival organizers arrange nightly photography trips to build interest in this local tradition and raise money to keep the practice alive for future generations.