The Best Things to See and Do in Kaohsiung, Taiwan

Love River | © Chi-Hung Lin / Flickr
In the past, Kaohsiung never really got the attention it deserved, but in recent years tourists both local and foreign are starting to realize that there’s more to this city than the island’s largest port. Full of night markets, temples, and tons of good restaurants, Taiwan’s second largest city is definitely worth a visit, and while you’re there be sure to check out these attractions.

Hiking Trail
The red bricks of the Old Consulate | © 1922 since / Flickr
This was the first foreign consulate built on Taiwanese soil, and after years of disuse, it has now been fully restored to its original state. Built in 1865, the British Consulate compound consists of the residence, a short hiking trail, and the consulate itself. It’s a bit of a walk to get up the hill, but it’s nice and relaxing up there, and you get a nice view of the harbor.
More Info
Open In Google Maps
20 Lianhai Road, Kaohsiung City, 804, Taiwan

Historical Landmark
Kaohsiung Harbor is known as the love pier and, to be honest, it is the perfect venue for a first date. There are cafés and bars with outdoor seating and plenty of places for couples to take a walk along the river. If walking just doesn’t do it for you, then you can take a cruise on one of the many riverboats moored by the docks.
More Info
Open In Google Maps
Kaohsiung City, 803, Taiwan

Shrine
The Dragon and Tiger Pagodas | © rybloo / Wikimedia Commons
It’s easy to see why this pond (more of a lake) is the city’s most popular attraction. There are around twenty temples on its shores and plenty of bikeways and paths for you to wander. The most interesting, or what some might call unusual, of the structures on the lake are the Dragon and Tiger Pagodas. They say it’s good luck to enter the dragon and exit the tiger.
More Info
Open In Google Maps
Kaohsiung City, 813, Taiwan
Pier-2 Art District is an area that consists of 25 old warehouses that have been repainted and given a new lease of life as art galleries, shops, and places to dine and have a drink. There’s even a mini-train on which you can take a ride around the area, an ice cream parlor, and a place where kids (young and old) can play some games.Pier-2 Art District, No. 2-3 Dayi Street, Yancheng District, Kaohsiung City, Taiwan

Located on the corner of Lotus Pond, Kaohsiung’s Confucius Temple is the largest of its kind in Taiwan. Built in the ’70s, the temple is a replica of a temple from the Song Dynasty era. It’s an impressive building, but make sure you don’t visit on Confucius’ birthday, which falls on September 28. This day is also known as Teachers’ Day in Taiwan, and the temple is usually packed with worshippers.Confucius Temple, No. 400 Liantan Road, Zuoying District, Kaohsiung City, Taiwan 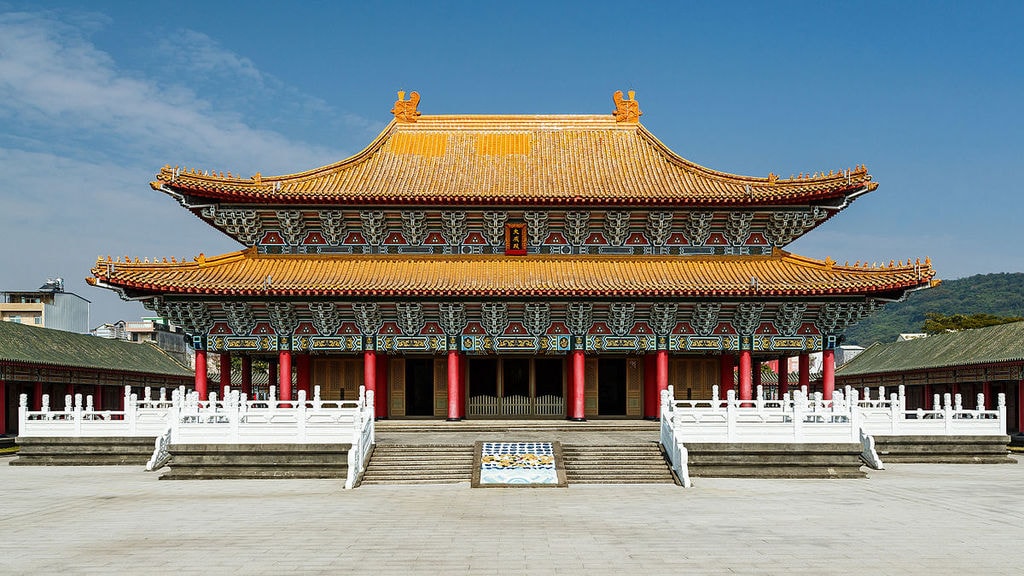 Market, Street Food
It should come as no surprise that Kaohsiung is home to quite a few night markets, and each is packed with stalls selling clothes, souvenirs, and of course, some of the best street food in the world. Whether you head for the tourist night market of Liuhe or the more popular Ruifeng makes no difference, as a visit to any of the city’s night markets is an experience to remember.
More Info
Open In Google Maps
Yucheng Road, Kaohsiung City, 804, Taiwan
+886986554866

Train Station
The Dome of Light | © Billy1125 / Flickr
Yes, it’s a metro station, but one like you’ve never seen before. The incredible Dome of Light is the world’s largest work of glass art. Created by Italian artist Narcissus Quagliata, the colors are simply breathtaking, leading many to label the station as the most beautiful subway station on the planet. Do not forget your camera!Formosa Boulevard Station, 115 Zhongshan 1st Road, Xinxing District, Kaohsiung City, Taiwan
More Info
Open In Google Maps
地下一樓, 115 Zhongshan 1st Road, Kaohsiung City, 800, Taiwan

Hotel
Tuntex Sky Tower | Courtesy of Hotels.com
Once the tallest building in Taiwan before a certain Taipei 101 came along, Tuntex Sky Tower has a viewing deck on the 74th floor, and it’s a great spot for a nice view of the city in the daytime or evening. There’s even the luxury Sky 85 Tower Hotel in the building located on the 37th to 85th floors.
More Info
Open In Google Maps
Tuntex Sky Tower Kaohsiung City, 802, Taiwan
Visit website

Natural Feature
This long and thin island runs along the harbor and city coastline and is a very popular day trip destination for locals. You can take a ferry from the harbor to the island and spend the day on the beach (be careful of the riptides) or explore the island on a bike. Here you’ll find Tianhou Temple (see below), a lighthouse, and some huge wind turbines. There are also many places to grab a bite to eat, so it’s quite possible to spend the entire day on the island.
More Info
Open In Google Maps
Kaohsiung City, 805, Taiwan

Shrine
There are that many impressive temples in Kaohsiung that you could spend weeks there and not see them all. So if you’re short on time, make do with a visit to this old Mazu temple. It was built in 1673 and is everything you expect from a historic temple. From stunning mosaics to stone lions, this temple is probably one of the best examples of what places of worship looked like centuries ago.
More Info
Open In Google Maps
Kaohsiung City, 805, Taiwan