ASIA
/
TAIWAN
/
Things to Do

The Best Places to Watch the Dragon Boat Races in Taiwan 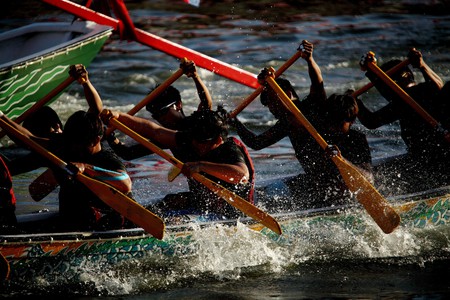 Dragon Boat Festival is fast approaching, and that means one thing – Dragon Boat Races. While this festival has spread to locations all over the world, it is right here in Taiwan where you’ll find some of the most famous and historic races. So where should you go to find the perfect race experience?

The races in Taipei are some of the most famous in the world, and it’s not unusual for dozens of teams for every corner of the globe to take part in the country’s biggest racing festival. The races in 2018 will take place at Dajia Riverside Park from June 16 to June 18.

What makes this particular racing event so popular is that being held at the riverside park gives organizers the opportunity to arrange other events on dry land. Kids can get their faces painted, everyone can try a spot of dragon boat rowing training, while there will be a huge variety of food vendors there each day.

As is the tradition, teams from every city in Taiwan will take part in the events alongside international participants. This adds an extra layer of competition to the races, with local teams racing for the pride of their city. It’s a great spot to watch the races because there’s just so much going on, and with temporary stands erected along the river, getting a good view of the race is easy enough. 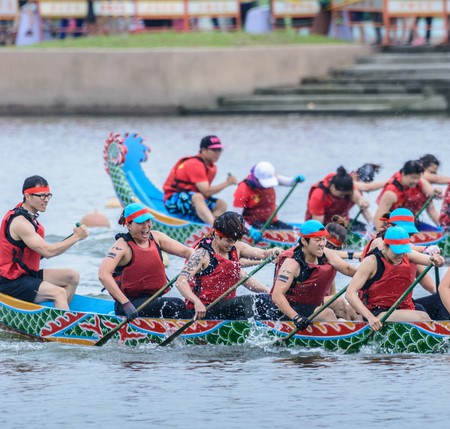 The aptly named Dragon Boat Pier in Zhunan is the location for this year’s Miaoli Dragon Boat Racing Festival. This festival is a smaller race event and is only held on one day, which this year is June 18. It’s a great opportunity to get out of the city and see how the local community in the countryside comes together to celebrate the festival.

At this race event, you’ll find a lot of traditional activities and games, and the locals are really friendly and welcoming towards tourists coming to see the races. You won’t see many teams from overseas, but the races are still highly competitive.

Lukang is located in the northwest of Changhua County, and the Dragon Boat Festival here is unusual in that it runs for a month. The opening ceremony is penciled in for May 26 this year, with the final races taking place on June 18. Over the course of the month, there are tons of events and races lined up, so there’s no shortage of things to do. Concerts, races, and a series of cultural events mark the occasion with the festival attracting thousands of racegoers each year.

The great thing about this event is the fact that it takes place over an entire month, which means that tourists can check out more than one festival during their time in Taiwan. It’s also a great opportunity to visit the historic city of Changhua.

The Tainan City International Dragon Boat Championships take place on Anping Canal from June 14 to 18 for a total of five days. Located in a city and area rich with cultural heritage and history, a trip to these races can coincide with a tour of the city that was once the nation’s capital.

The races are a major event, with teams coming from all over the world to compete in the picturesque canal. As with the festival in Taipei, the races here are easy to see from the park that runs along the canal. The festival is a fun event with plenty to do and a lot of activities of a more cultural nature than those in Taipei. For a fun-filled weekend and the chance to see some historic sites, this is the perfect race to attend. 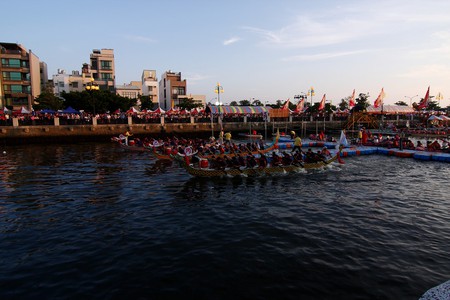