The Best Guided Tours Around Taichung 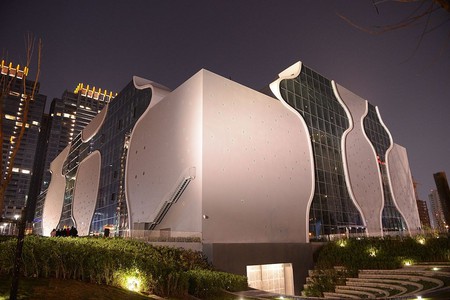 Taichung has been growing in popularity of late and now welcomes thousands of tourists each weekend. There are plenty of things to see and do in this east coast city, but if you’re in the area for a short break, then perhaps it’s best to take advantage of a private tour and learn a little local history while taking in the sights.

Cycling tour of the city

The public bike service in Taichung provides tourists with the perfect opportunity to see this wonderful city from the saddle. With hundreds of stations around the city, there’s no need to worry about finding a bike. However, to get the most out of a day’s riding, a private tour is the best option.

iBike Tour starts off at 8:30am and takes in some of the most popular tourist destinations in the city. Starting at Maple Valley Park, the tour continues to National Taichung Theater, Calligraphy Greenway, National Taiwan Museum of Fine Arts, Natural Way Six Arts Cultural Center, Old Taichung City Hall, and Old Taichung Train Station. And to finish off the tour, riders each get a cup of the country’s unofficial national drink, Pearl Milk Tea.

Walking tour of the city

TC Time Walk is an interesting walking tour of the city that takes in some of the most interesting areas that you won’t necessarily find in the guidebooks. With a local guide who knows everything there is to know about the city, walkers head to Old Taichung Train Station and take a course that brings them to local sweet shops, shaved ice stores, and the Sun Cake Museum.

It’s a great way to see the city and learn a lot about both local culture and the history of the city. The guides also speak English very well, making it the perfect tour for international visitors.

Private guided tour of the city

For tourists that aren’t too pushed on walking or cycling, there’s the Private One-Day Tour of Taichung. This tour takes in areas a little farther afield such as Rainbow Village and Tunghai University. The tour offers a hotel pick-up and a local guide well-versed in the city’s political and cultural history. For convenience and in case of time limitations, this is a great option. 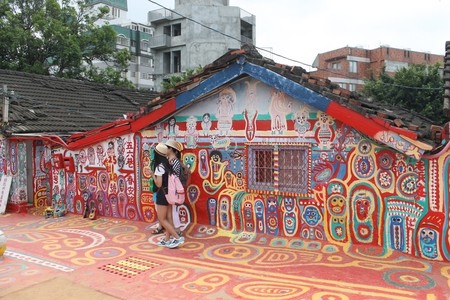 The Gaomei Wetlands are on the outskirts of the city, and the endless wooden walkways are a wonderful place for local bird watchers. The wind turbines also make for an interesting contrast to this wild and ecologically diverse landscape.

The Gaomei Wetlands Tour is a full-day tour, but it’s not just the Wetlands that tourists get to see. The tour also takes in Quihong Valley and finishes off at Feng Chia Night Market where the street foods on offer are nothing short of incredible.

This is another biking tour in Taichung but this time with a difference. The Houfeng Bikeway is an incredibly scenic (and popular) cycle path that runs along an old railway track. It takes riders through tranquil countryside, over an old bridge, and through a long tunnel. The cycling finishes at lunchtime, and after a light meal, the tour moves on to the Taichung National Theater (Opera House).

Later in the afternoon, tourists will get a chance to visit an oyster farm and learn about the local industry before harvesting some fresh oysters of their own. 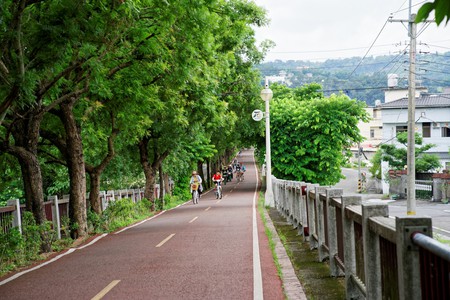 Located in the Wufeng District of Taichung, the Wufeng Lin Family Mansion and Garden is a perfectly preserved residence from the time of the Qing Dynasty. This tour takes participants through the two main buildings and their extensive gardens, learning about the former residents and a little local history.

There’s also an opportunity to walk through Guangfu New Village, a former home for ex-members of the military and now a cultural hub. The tour ends with a visit to Wufeng Sake Distillery for a tour and some tasting. 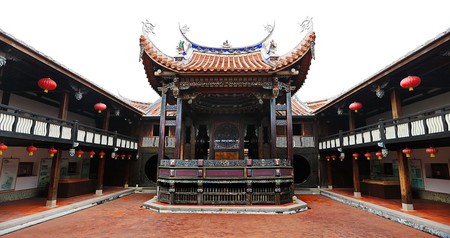 The Great Flower Hall | © mk2010 / WikiCommons
Give us feedback