The Best and Most Accessible Surf Spots in Taiwan 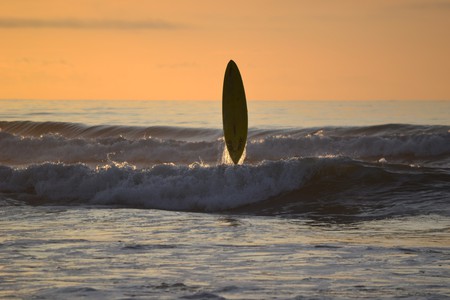 While Taiwan may not have the reputation of more popular surfing destinations such as Hawaii and Bali, it’s fast gaining a name for itself as a great place to hit the waves. With waters that remain relatively warm throughout the year, Taiwan has great potential as a year-round surfing destination. But with the industry still in its infancy, finding a good place to surf can be a task in itself. With that in mind, here are some of the most popular and easily accessible surf spots in Taiwan.

The black sands of Waiao Beach are only about an hour and thirty minutes by car from Taipei. Yes, that’s right, black sands. It’s pretty unusual, but here in Taiwan black sand beaches are quite common. Once a destination that not many knew about, Waiao Beach is now incredibly popular with surfers and beachgoers in Northern Taiwan.

These days, there are events held on the once quiet beach, but if you head to the beach in winter, it’s likely that you and a couple of other hardy souls will have the waves to yourselves. The beach has a small surf community that visits regularly, and after your day on the water you can enjoy a few beers with them in the Rising Sun Surf Inn just off the beach. 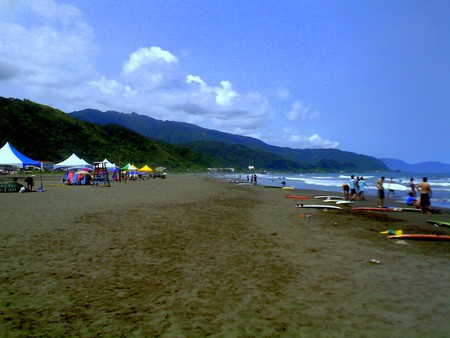 Famed as the best beach to visit just out of Taipei, Fulong is a day trip destination for thousands of beachgoers on summer weekends. The beach is also well known for its Sand Sculpting Festival and a few live music events, making it quite the busy place. For this reason, it perhaps doesn’t get the recognition it deserves as a good surfing spot.

There’s only one surf shop, though, and part of the beach is a paid area, so you’ll need to make sure to stay clear of that. However, if you can stomach the tourist masses on the trains and in the street, then Fulong isn’t a bad place for a quick trip out of the city.

Set in Kending in one of Taiwan’s most beautiful national parks, Jialeshui is one of the south’s most popular spots for surfers. It’s not the main beach that many of the area’s tourists and day trippers head for, so you’ll have less of a crowd there. The beach is quite rocky, and while it’s not bad for swimming, the lack of sand means that most tourists drive right by it.

The place is set up for surfers with plenty of hostels and surf shops just off the beach. On a typical busy day, you might find a dozen other surfers on the water, so it’s also a good spot to meet the locals and perhaps get a few tips on the area. 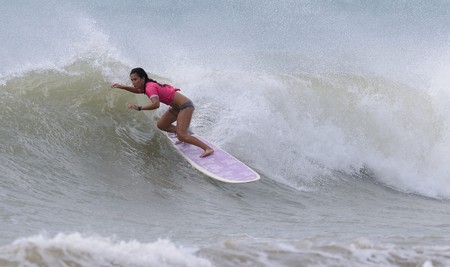 Taidong is one of Taiwan’s best kept secrets. It’s an incredibly scenic county with many coastal villages and towns. Even if you don’t surf, it’s well worth a visit, but for those that do, head for Donghe. The main surf spot is by an unassuming parking lot that you could easily drive by, and the beach is rocky and terrible on the feet. But locals and expats alike maintain that it’s one of the best spots in Taiwan for surfing.

While there are other spots nearby such as Jinzun Harbor, Dulan, and Secret Spot Reef, Donghe is the most consistent throughout the year and therefore the most popular. However, the great thing about this place is that you’ll only meet other surfers there.