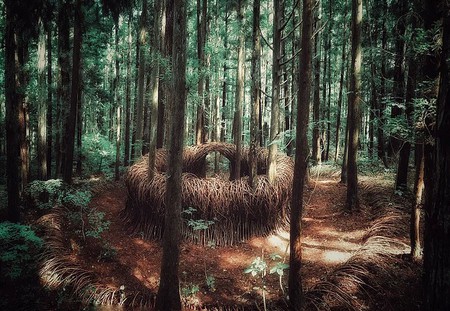 There is a flourishing contemporary art scene in Taiwan at the moment, with a host of installations and exhibitions on display in the many modern and contemporary art institutions throughout the region. These artists are at the center of this renaissance of contemporary art taking inspiration from the world around us and making use of modern as well as traditional methods of artistic expression.

There are many facets of Taiwanese culture and society that contemporary artists seek to highlight or tackle through their work. Themes such as multiculturalism, ethnic minorities, human rights, freedom of speech and expression, environmental awareness, and, of course, the political issues of the day can be seen in much of their work. Their high-profile status as both nationally and internationally recognized artists brings the attention of overseas art critics to this small island, which can only be seen as a positive for the burgeoning contemporary art scene.

First famous as an oil painter, Wu Tien-Chang’s artistic endeavors have brought him into the world of mixed media and photography. His name rings bells throughout the world of contemporary art, and so it should. His artwork has seen him represent Taiwan at various international exhibitions, and with his aim to “break barriers between ethnicities and countries,” it’s no wonder that his work should appeal to both international and local art lovers. Not one to shy from hot topics, he is known for his socio-political critique apparent throughout his work.

Currently living and working out of New York, Chin Chih Yang is an artist that revels in the unusual, always seeking to bring the general public’s attention to what he considers to be the burning issues of the day. His work has been exhibited in a variety of museums and institutions around the world that include the United Nations, Union Square Park, and Chelsea Museum. But perhaps his most well-known project was Kill Me or Change during which he buried himself in 30,000 aluminum cans, which were suspended in a net above his head. His hope with this particular project was to highlight the rise of global overconsumption. 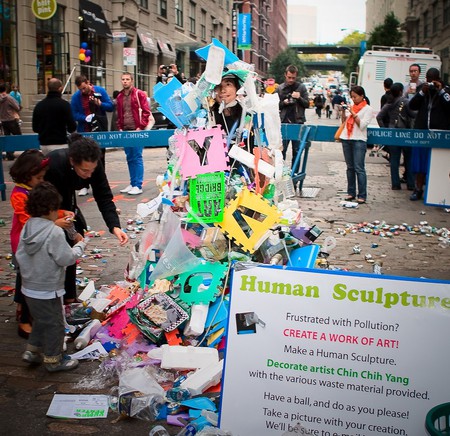 Considered one of the foremost contemporary Taiwanese artists to use photography as a medium, Kuo-Chin Chiu takes his inspiration from the many religious festivals throughout the island. A student of SUNY New Platz, where he received his MFA, Chiu is now an associate professor at the College of Creative Media at Kun Shan University here in Taiwan. A popular local artist, one of his most notable methods is the use of embroidery and the addition of physical objects to his photographic work.

Best known for his outdoor installations, Lee Kuei-Chih is the one artist on this list whose work often fits in with the landscape in which it is placed. His works take on an almost ethereal existence and in some cases make the public second guess if it is natural or in fact man-made. Of his many creations found here in Taiwan, perhaps the most famous is the Songshan Bamboo Meander ,which is a 42-meter-long fence-like structure that winds its way through the countryside in New Taipei City’s Shimen District. 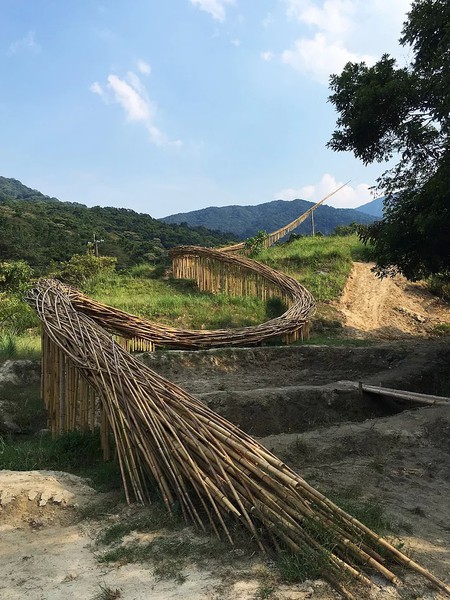 A native of the fishing port city of Keelung, Hsing witnessed the collapse of the local fishing trade and the mining industries. Seeing the abandoned mines and buildings of those industries inspired Hsing to paint and draw these scenes, but with his own imaginative twist. He hopes that his works will awaken an interest in the people of the area, stimulating their sense of belonging and hopefully encouraging them to restore theses sites, perhaps not to their original glory, but to something far more intriguing than their current condition.

This piece was on loan from collector. Lien Chien-Hsing's Exhibition at the National Taiwan Museum of Fine Arts #lienchienhsing #yuanrugallery #oilpainting #taiwan #artmuseum

Ya-chu Kang is a multi-media artist with interdisciplinary skills that have seen her exhibit at many locations across the globe. Using everything she can lay her hands on, Kang sets about raising awareness about the effects of globalism on the environment, economy, and people’s emotions. Her work includes photography, sculpture, performance, video, and weaving or basketry and she is currently a guest lecturer at Thammasat University in Thailand. 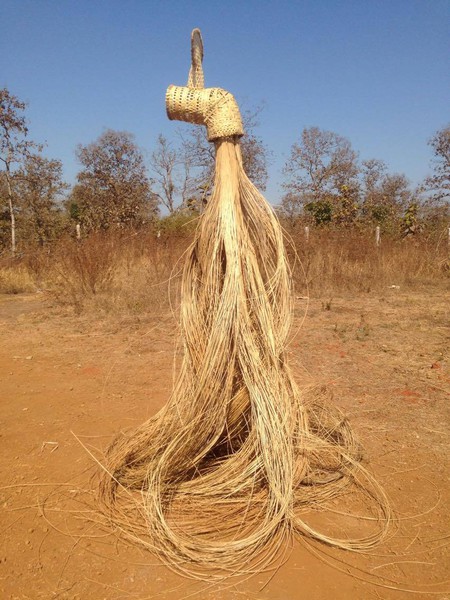 Liping Ting spent many years living and working in France after completing her studies in Paris. Influenced by the works of such greats as John Cage and Samuel Beckett, Ting is a multi-talented artist who brings both her love of poetry and philosophy into her work. She returned to Taiwan in 2012, and it was here that she produced a variety of new works that included both installation and performance art. Her 7 x 7 Poetry-Action performance artwork saw her acclaimed as one of Taiwan’s finest performance artists. Since then she has participated in events in mainland China, France and New York.

New York-based artist Tehching Hsieh has been described as a master of performance art, a moniker that is quite understandable given that he has dedicated his whole life to his craft. Born in Taiwan, his original choice of medium was painting, but in 1973 he made the move into performance art. His first piece of performance art saw him jump from the second floor of a building breaking both his ankles in the process. As a man who gives everything to his work, he also spent a year in a wooden cage deprived of everything but the most basic needs. His works will be featured in Taiwan’s exhibition for 2017 Venice Biennale in a piece called Doing Time that will be curated by Adrian Heathfield.

On May 10, #Taiwan’s exhibition for the Venice Biennale 2017—Doing Time—will open at the Palazzo delle Prigioni, Venice, Italy, from May 13th. The exhibition features the works of #Taiwanese artist Tehching Hsieh (b.1950). Doing Time exhibits two of Hsieh’s One Year Performances together for the first time, assembling his accumulated records and artifacts into detailed installations. In One Year Performance 1980-1981 ("Time Clock Piece"), Hsieh subjected himself to the dizzying discipline of clocking on to a worker’s time clock on the hour, every hour, for a whole year. Image: Tehching Hsieh, One Year Performance 1980-1981. Performance, New York. Still images from 16mm film. © Tehching Hsieh. Courtesy of the artist and Sean Kelly Gallery

With such incredible artists highlighting the often overlooked island, it’s no wonder that Taiwan’s young and upcoming contemporary artists are riding on the crest of a wave that will hopefully see the Taiwanese art scene enjoy more international recognition.