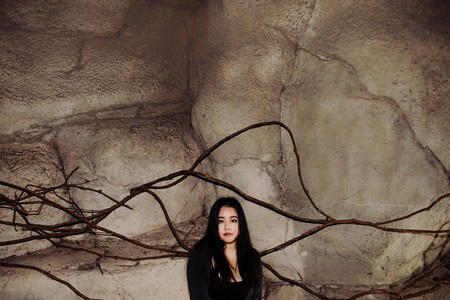 Aristophanes got into music late. Growing up in Taipei in a home without a TV, she read books and dreamed about becoming a novelist. That all changed though when she was 20 and stumbled across some rap songs.

Talking backstage at Birthdays in Dalston, London, where she was preparing to headline later that night, the petite Taiwanese rapper is sleepy after a long flight from Australia, but perks up when she talks about this transformative moment.

‘My mother doesn’t like music so I knew nothing about Taiwanese or Chinese pop singers. I didn’t grow up in an environment where I can be into music so I heard nothing before the first time I heard the Mandarin rap song,’ she says. 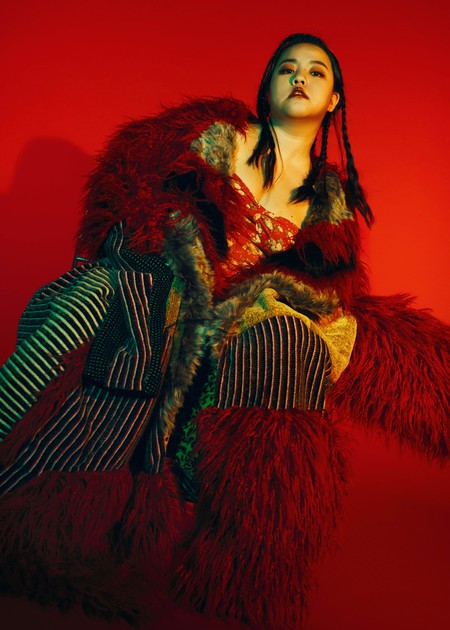 ‘I found some tracks from a rapper called Soft Lipa. When I first heard them I thought, “Wow, it can be so poetic.” It was literature mixed perfectly with music. It was really interesting to me, so I just started to make my own music.’

On her debut album, Humans Become Machines, Aristophanes spits out rapid fire, dexterous raps in Mandarin, over glitchy beats. It’s not just love, sex and relationships that she’s interested in singing about (although those topics feature too). Her tracks include sharp observations about feminism, not to mention the decay of civilisation. Her vocals are cute, bordering on plain spooky.

It was Grimes that helped her get her big break internationally. She got in touch via Soundcloud to ask if she’d be interested in working together. The end result, the darkly seductive track ‘Scream’, was one of the highlights of the Canadian singer’s 2015 album Art Angels.

That song in turn got Aristophanes noticed by Arcade Fire frontman Will Butler, who approached her to collaborate on the tracks ‘3001: A Space Disco’ and another untitled demo. Pretty good going for someone who never listened to music until six years ago. 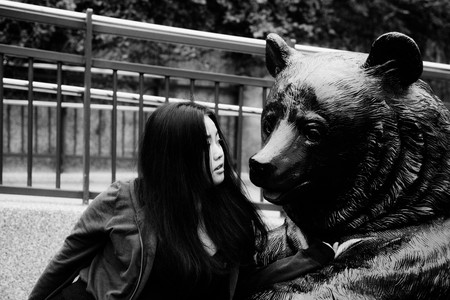 ‘She [Grimes] just found me on Soundcloud and reached out to me,’ Aristophanes explains. ‘That was really crazy.’ Although she didn’t actually know who the Canadian was until she’d done some research online. ‘After I googled Grimes, I just thought, “Wow.” In the beginning she just asked if I was interested in a collaboration. It was super cool working with her because that song is really special. I recorded it at her place and we had a lot of fun.’

Her name (she’s really called Pan Wei Ju) came to her in a dream. Aristophanes, who used to work as a creative writing teacher for children, was visited in her sleep by a man she didn’t recognise, who got her to spell it out. ‘I guess it’s because I was really into Greek philosophy and literature. I think since it just occurred in a dream it has some meaning so I started using it as my stage name.’

I ask her if it was a premonition that she would be successful. Giggling, she mulls this over: ‘I have never thought of that.’

Female rappers are thin on the ground in Taiwan. When pressed, she can only think of one other called Miss Ko. That’s something she wants to correct. ‘I really want to make some real change. I don’t know if it’s something I can do. There’s not many girls in the industry so I’m trying. I’m working and trying to make things possible for girls.’

While she’s blazing a trail for Taiwan’s hip hop scene in the West, she admits that she doesn’t really fit in and that perhaps sexism in a traditionally male dominated genre may play a part. ‘Maybe it’s my personality. It’s not really easy for me to make friends with rappers. It’s hard for me to do that. We all rap in Mandarin but I think we’re speaking two different languages. What I want to write, they don’t really think those can be songs.’

She speaks nonchalantly, resolutely unfazed and determined to do her own thing. ‘I don’t really care. I’m not really interested in what they like to talk about.’

Well, time for them to sit up and take her seriously now because it looks like Aristophanes is here to stay.