In Taiwan, There's a Church Shaped like a Stiletto Shoe 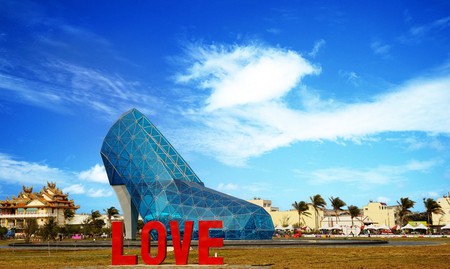 As far as Christianity goes, Taiwan’s congregation numbers are comparatively low. In fact, of the many beautiful religious sites in Taiwan, there are no significant Christian sites. However, is that all about to change? A local tourism official in Chiayi certainly thinks so and has a 17 meter high shoe-shaped church to back up that claim.

As tourists drive into the fishing village of Budai, they see what can only be described as a giant blue high heel shoe on the horizon. There’s simply no other way to describe this innovative, and rather 80’s looking building. 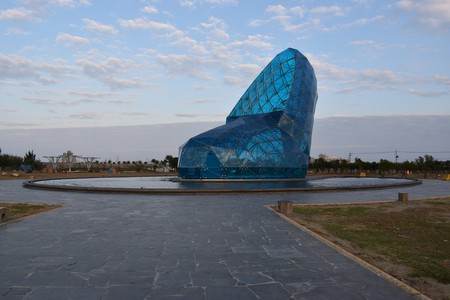 Opened to the public in February 2016, this incredible structure seemingly put a lot of people’s noses out of joint. The first reason is the fact that it is so out of keeping with its surroundings. It’s an understandable complaint with this being a very small and quaint little fishing village bereft of tall building and certainly without anything in such a vivid shade of neon blue.

Other folks feel that it’s a little too modern and colorful for a house of worship, but the truth is that they needn’t have bothered worrying. Although the building is known as a church, it is not an official place of worship and can only be used for private weddings and other ceremonies.

As an attraction, though, it’s proving to be as big a hit as some of the island’s many other notable tourist spots, with huge numbers of visitors arriving in the township to take a few snaps of the giant shoe and have a peek inside. 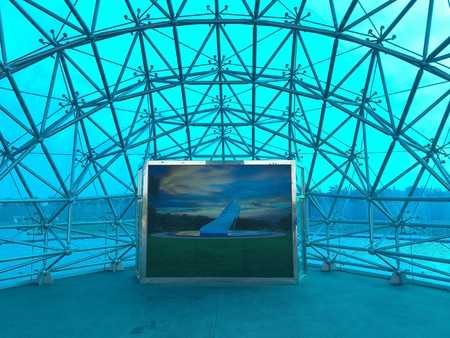 The local official that came up with the idea said that the area needed a boost and what better way to do so than by encouraging a little tourism. He also stated that the church was designed in the shape of a woman’s shoe to commemorate the girls of the area that had their feet amputated in the Blackfoot Disease outbreak in the 1950s.

The official opening took place on 23 July 2016, and although it had already been open to the public since February of that year, the event garnered the village a lot of attention from both local and international media.

Made with a steel frame, the building consists of 320 tinted glass panes that shimmer in the sun. The extraordinary structure cost a reported NTD23 million (US$760,000) which the local authorities hope to recoup in the rental fees from the many weddings and other ceremonies that have already started to take place there.

It seems like a big gamble for such a small village, but if the interest generated is anything to go by, it’s a gamble that’s certainly looking like paying off.