How to Celebrate Christmas in Taipei 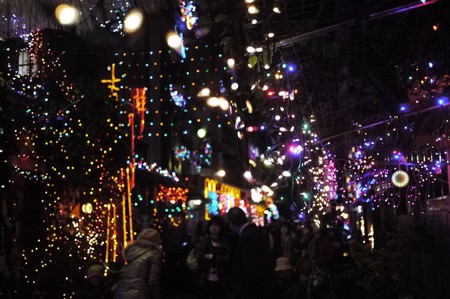 Christmas isn’t a public holiday in Taipei, but there are still plenty of festive activities, and though many locals don’t actually celebrate, it doesn’t stop them from joining in. From bus drivers in Santa suits, to Baristas in antlers, you won’t have to look far to be reminded that Christmas is on the horizon.

You’ll find this celebration of all things Christmas in the newly developed area around Banqiao train station. It’s a full-on Christmas fair with a market, a winter playground and carolers singing festive tunes. The neighborhood is also home to Mega City department store, so you can pick up some gifts for the family while there. This is among the most festive areas you’ll find in Taipei, and the entire area is decorated with Christmas lights and has a massive Christmas Tree at the center. It’s well worth a visit, but be warned—the area is always busy, but at Christmas it can be hectic, to say the least. 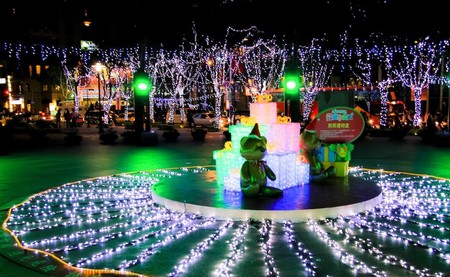 Watch a Christmas Movie in Xinyi

Assuming there are some festive flicks on at the cinema, spend an evening in Xinyi shopping district. The area is fully decked out for the entire month of December, and after the movie, you can stroll the walkways between the neighborhood department stores to window shop, see the local buskers and grab a bite to eat. Last year, the city government arranged a Christmas festival here throughout December with a market that gave Banqiao a run for its money. No announcement has been made so far for 2017, but one can only hope that Santa and Co. make another appearance. 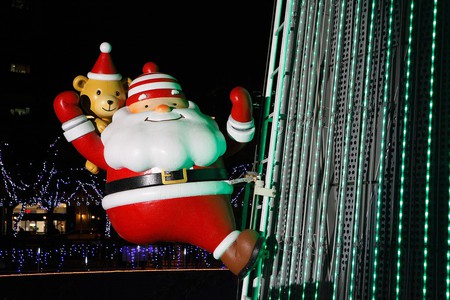 Have Dinner with all the Trimmings

As residents of Taipei become more intrigued with Christmas, local restaurants, and particularly hotel restaurants, have embraced the festive season. Many now offer Christmas dinners for a few days before and after, and though it might not taste like the turkey you had as a child, they do a pretty good job. The Grand Hyatt Christmas dinner is probably the most famous (and most expensive), but you’ll need to book well in advance. For those who prefer to cook at home, head to Thomas Meat, where they import smoked turkeys for Thanksgiving—plan ahead so you can pop one in the freezer for Christmas.

Party Under the Mistletoe

OK, perhaps there won’t be any mistletoe, but that doesn’t mean that you can’t enjoy yourself at one of the many parties in the city. Places like Carnegie’s and Brass Monkey are well known for throwing crazy Christmas bashes, and bars, such as On Tap, also get in on the act. It’s worth checking out your favorite bar’s website for details, as parties tend to be on Fridays and Saturdays regardless of what day Christmas falls on.

Wait, fireworks? Yes, you’ll have to wait until New Year’s Eve, but the holiday spirit is still very much alive at this time, especially around Xinyi, where shops leave up their decorations well into January. The show at Taipei 101 is among the biggest events of the year. It’s best to arrive early, or you risk getting stuck on public transport. Book dinner at a local bar or restaurant ahead of time, and then you can just pop outside, watch the show and head back in to your warm seat and cold drink when it’s finished. 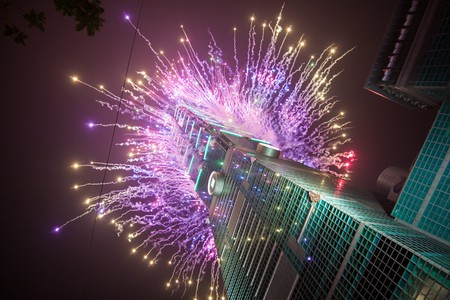