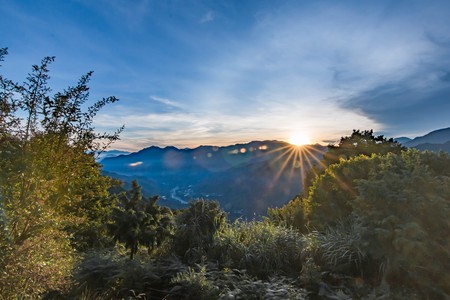 Located in the center of Taiwan, Alishan National Forest Recreation Area is an incredibly popular tourist attraction for both locals and foreigners. In fact, it’s so popular that it’s one of the must-do things for many Taiwanese. So if you’re lucky enough to have the time to squeeze in a few days there, here’s everything you need to know about this wonderful tourist attraction.

Alishan was originally home to the Tsou aboriginal tribe who had been driven deep into the mountains by the ethnic Han Chinese settlers who built their homes in the plains and grasslands of Chiayi.

While under Japanese rule the area became a prime logging location and with the resulting demand for the locally grown cypress wood, the region enjoyed a boom. New settlements appeared along the narrow-gauge railway lines used to transport the wood, and the community thrived. Around this time people started to realize what a beautiful area this was and tourism became one of the region’s main industries.

By the 1970s, logging was on the decline and tourism was the main source of income for the majority of locals. The railway once used for transporting logs quickly became a tourist attraction in itself and is still the most popular one to this day.

First things first, you need to get to Chiayi.

From Taipei, you can take the HSR (High-Speed Rail) or the regular train. Bear in mind though that the HSR and train stations are in separate locations although there is a shuttle that takes you from the HSR to the main train station.

At Chiayi train station you have three options.

The Alishan Forest Train is by far and away the most popular choice so it can be difficult getting a ticket. You can book the tickets online, but you’ll need to be able to read Chinese or have a local friend do it for you. The train runs once a day, and it’s an unforgettable experience.

If the train is packed, you can choose to hire a taxi or private car with driver in Chiayi or better still take the direct bus. The bus is pretty frequent and takes about two-and-a-half hours. Some people like to break the trip up by stopping at Fengchihu. This is where you can buy those traditional Railway Bento Boxes. These lunchboxes are legendary in Taiwan, and no self-respecting local will miss an opportunity to buy one on the way up or on the way back down. 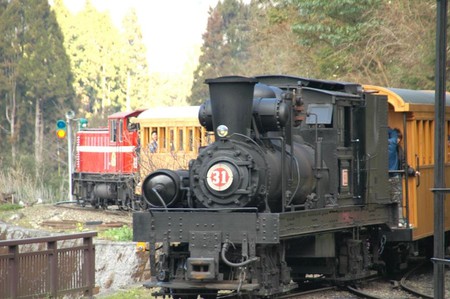 Tickets into Alishan National Forest Recreation Area are NT$300 for an adult, but this is reduced to NT$200 if you have a Taiwanese ID.

Where to go and what to do

When you get to the Forest Recreation Area, you have a lot of options, and unsurprisingly enough, the majority involve nice leisurely walks through the forest. There are numerous trails, and it’s advisable to try as many as possible. None are too difficult, and all are equally spectacular.

Here are some must-dos for your trip.

Every afternoon they will announce the time for the sunrise the next day, and the tickets for the viewing train are like gold dust. You must buy them the afternoon before, and this is where many tourists go wrong. They expect to walk out of their hotel and see a sunrise, however for the real sunrise experience that you see in all those photos; you’ll have to get the viewing train to Chushan. If you want to make it, go to bed early!

Check out the Sisters Ponds

The legend goes that the ponds are named after two sisters of the Tsou tribe. Apparently, they both fell in love with the same man and in their grief threw themselves in the ponds. 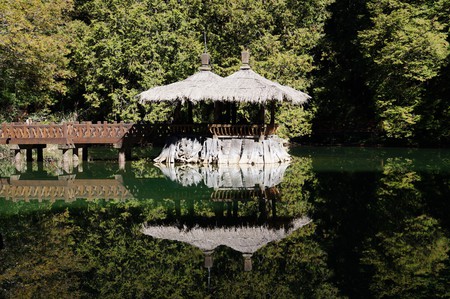 Guarded by the Tsou tribe for generations, the Sacred Tree is a red cypress that is said to be over 3,000-years-old. Unfortunately, it fell naturally in 1998 but was never touched, and so you get to see this giant tree on its side in the middle of the forest. It’s a little sad, but at least it fell naturally and 3,000 years was a pretty good innings.

One of the quirkier things to do in the scenic area is to send a wooden postcard from the local post office. They’re quite cool and make a wonderful souvenir to send back home.

Visit the highest temple in Taiwan

Shoujhen Temple is the highest in Taiwan, but even without that record, it’s still an impressive structure. On the second floor, you’ll find 10,000 miniature Buddhas.

See the sea of clouds

Once the sun reaches a certain height, you can watch a veritable sea of clouds over the countryside. Of course, this depends on the weather, but if you’re lucky, you’ll get a photo like the one below.

You can, of course, find local teas everywhere here, but if you’re feeling adventurous, you can head for the local tea plantation for a tour and some tasting fun. Even if you don’t head to the plantation, make sure to buy some near your hotel, after all, Taiwan does make the best tea in the world. 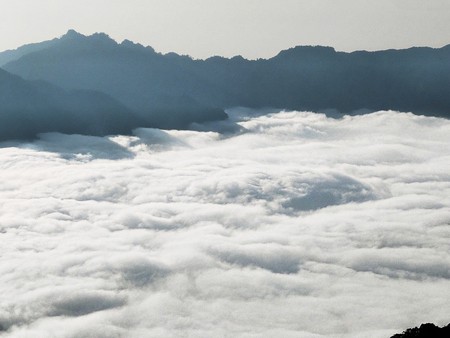 Unlike other scenic areas where you’ll need to bring plenty of water and hiking gear, Alishan has practically everything you need right there. The forest recreation area is a small community in itself, and near your hotel, you should be able to find all manner of foods and goods.

However, there are some essentials that you should bring just in case.

Camera – For those stunning views.

Warm clothing – You’re pretty high up, and it can get cold.

Insect repellent – Mosquitoes can be a real pain.

Just because a hotel names itself Alishan Hotel doesn’t mean that it’s in the National Forest Recreation Area. In fact, some tourists have been left dumbfounded to find that their ‘Alishan’ hotel was a half-hour drive from the area.

If you want to get the most out of your trip, make sure your hotel is in the recreation area. But don’t ask the hotel staff over the phone (the language barrier may cause some misunderstanding), check it on a map for yourself.