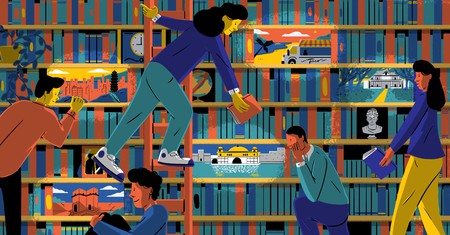 International jet-setting is about more than ticking entries off on a bucket list. World travel offers the opportunity to broaden our horizons by learning the history of a place. Through architecture, food, museums and houses of worship, these five destinations are perfect for the traveller looking to expand their understanding of global cultures in 2019.

Sometimes travel seems to be all about finding the next exciting food trend – but travellers in 2019 are looking to learn more from the world around them. As food and culture are linked by history, visitors to these destinations would do well to explore the past to enhance their experience.

For centuries, international trade brought ingredients and people from all over the world to the island of Taiwan, shaping its modern cuisine and culture. With many persistent chefs using the tropical abundance of the island to preserve indigenous foodways, Taiwan has more than enough on offer to delight the palate.

While it’s tempting to airbrush colonialism as an incubator for global cuisines, Taipei’s Fort San Domingo and Presidential Office Building (POB) reflect tensions that result from territorial occupation. Both buildings are representative of colonial governments and were often sites of conflict between occupying imperial forces and the island’s existing communities.

The POB celebrates its 100th year in 2019, which also marks 70 years since Taipei’s designation as the Taiwanese capital. Explore the island’s history at the National Taiwan and National Palace museums, or take a guided tour to really bring the city’s past to life.

While much of the focus on LA in 2019 will be directed at its stellar street food, knowledge of the city’s immigration history can bring a different kind of nourishment.

LA’s immigrant past (and present) is evident throughout the city, with street-food vendors, unassuming strip-mall restaurants, speciality food markets and fine-dining establishments serving up dishes from all over the world. While 2019 may be the ‘it’ year for LA food tourism, Angelenos will be quick to tell you that theirs has been the best culinary city for decades – just ask a local for recommendations. 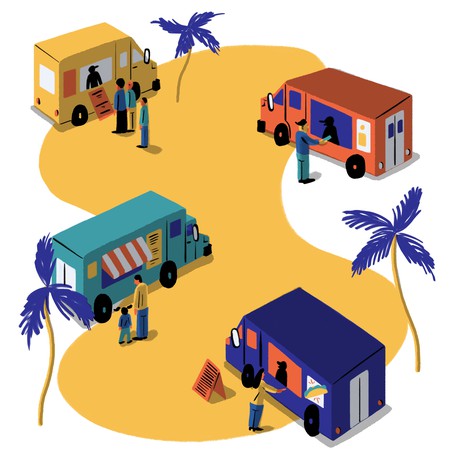 Road-trip through the civil rights history of the American South

After spending an evening or two taking in Atlanta’s dazzling food and drink scene, head to Montgomery, Alabama, to learn about Rosa Parks’s role in the Civil Rights Movement. The Rosa Parks Museum provides a comprehensive insight into her activism and influence. Another place of interest is The Legacy Museum, where visitors can see the new National Memorial for Peace and Justice.

To the north, a visit to Birmingham presents the perfect opportunity to try the regional white barbecue sauce. Also stop by the Birmingham Civil Rights Institute, which houses parts of the cell where Martin Luther King Jr penned ‘Letter From a Birmingham Jail’ in 1963. Sport fans, meanwhile, will find inspiration at the Negro Southern League Museum, which looks at the impact of non-white baseball leagues during the game’s segregated history.

Head back east towards Atlanta to visit the Martin Luther King Jr National Historical Park and the National Center for Human and Civil Rights before checking out the city’s legendary music scene.

Learn the story of India’s partition in Amritsar

Long-held vegetarian traditions in Amritsar can be attributed to the city’s importance within the Sikh religion. Thousands of pilgrims flock to the city to visit Sri Harmandir Sahib (Golden Temple), which is home to the seat of Sikh spiritual authority, the Akal Takht.

A short walk from Sri Harmandir Sahib is the monolithic monument marking the Jallianwala Bagh Massacre. The brick monument preserves the memory of tragedy that befell revellers who were leaving prayers held at Sri Harmandir Sahib for the spring festival Baisakhi on 13 April 1919. Holes left by the bullets of British troops are also preserved as part of the memorial.

The massacre was a cataclysmic moment on the path to Indian independence from the United Kingdom; 2019 visitors can commemorate the centennial with a trip to the nearby Jallianwala Bagh Museum. A visit to the Partition Museum will shed light on the history and impact of the division of British India, which took place when independence was achieved in 1947.

Though marred by past violence, Jallianwala Bagh is a beloved public space. Featuring beautiful landscaping, it is the perfect place to stroll after enjoying a vegetarian meal – offered to all temple visitors for free – prepared by volunteers at the Harmandir Sahib Langar (community kitchen). 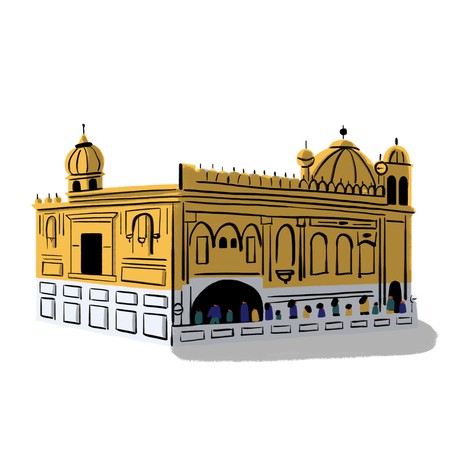 In Ethiopia, much of the traditional cuisine is vegan as a result of the region’s long history of Orthodox Christianity. The religion’s customary fasting has incorporated vegan practices for centuries.

The longevity of these traditions can be seen at Lalibela’s 12th-century rock-hewn churches. Carved into the mountainous rock face, 11 Medieval churches simultaneously loom over and disappear into the landscape of the New Jerusalem that King Lalibela set out to build in 1187.

Still welcoming worshippers nearly 850 years after their construction, the churches were named a UNESCO World Heritage site in 1978. The best time to visit is in the early-morning hours when services take place or on major Christian holidays. As with all culturally and spiritually significant sites, reverence towards local custom is key to ensure a positive experience for both travellers to the site and religious worshippers.

For more of this series, check out our wishlist article on literary travel destinations in 2019.