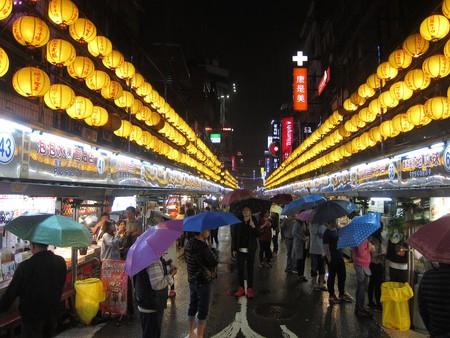 There’s no experience quite like the night market experience in Taiwan. The sights, the smells, the tastes, and, of course, the bargains make the crowds worth tolerating. But instead of feeling like a complete tourist on your next trip to the night market (which isn’t necessarily a bad thing), follow these tips to get the most out of your evening stroll through the stalls.

While some people might tell you to hit the night markets early to beat the crowds, you also run the risk of missing out on visiting some stalls that may not open till later. Besides, half the fun of Taiwan’s night markets is negotiating the late-evening crowds without dropping your fried squid on a stick.

Practically every neighborhood in the region has its own night market, so you don’t necessarily have to visit the popular ones. The local night markets in quieter neighborhoods can be just as fun, and you might even uncover some hidden gems.

Walk into any busy night market, and the first thing you’ll notice (besides the smell of fried food) is the flow of pedestrian traffic. More often than not, people walk on the right with those on the left coming in the opposite direction. Break this rule at your peril. You really don’t want to walk head first into someone’s stinky tofu. Anyway, it’s so much easier to go with the flow.

Try everything at least once

In every night market, you’ll find dozens of food stalls serving up all kinds of delicious treats. You can usually buy a small portion of whatever treat is on sale, so don’t be afraid to try everything. Now, there are many dishes in Taiwan’s night markets that don’t look or even smell too appealing, but they’re all worth trying.

Some night market foods that you should try include 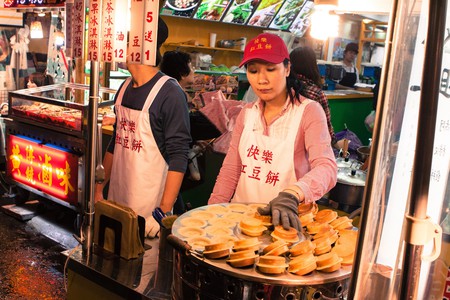 Look for the queues

Taiwanese people are always eager to try any kind of food, but that doesn’t mean that they’ll eat anything. If you see a queue at a stall, it’s a good indication that their food is top-notch. When it comes to food, the locals will line up for hours to get the right dish, so it’s usually pretty easy to spot the vendors that sell quality food.

Bargaining is common but not always

While in many places, bargaining is expected and often considered something of an art, in Taiwan it’s a little different. Sure, you can ask for a discount or a ‘best price’ when buying clothes, shoes, or pretty much anything else besides food, but you won’t always get it. In fact, there are more than a few stall holders who will simply refuse to budge on price, so don’t feel offended or cheated if they won’t give you a discount. But of course, there’s no harm in asking.

Buy clothes and other items late at night

If the prices aren’t low enough for you already, then you might want to hit the stalls pretty late at night. As the vendors are getting ready to shut up shop for the evening, you might be able to score some bargains. This is a hit-and-miss tactic though, because if they’ve had a good night sales-wise, they might not care too much about making a few extra dollars at the end of the night.

Have fun at the games but don’t waste your money

Night markets usually have a few stalls where you can play games such as throwing darts at balloons, catching fish, or shooting air pistols at targets or balloons. They’re good fun, but don’t spend too much time on them. Even if you do win, the prizes aren’t really worth it. 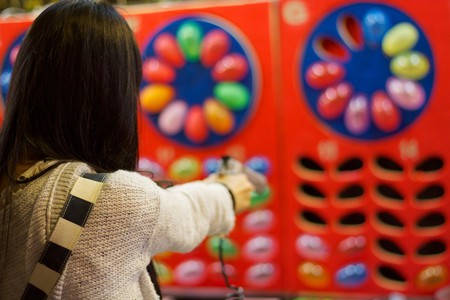 Claw machine games were once hugely popular in Taiwan, and lately, they’ve started to become a common sight in night markets. You’ll usually find a dozen or so packed into a small shop somewhere in the market. You should avoid these at all costs, as they’re a complete waste of money. You have been warned.