An Adventure Traveler's Guide to Taiwan 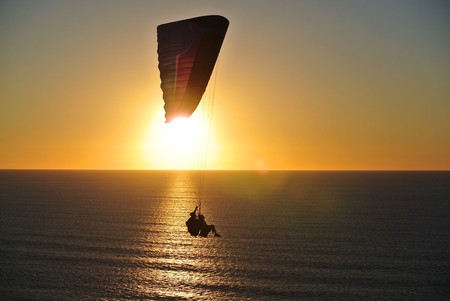 Known for its beautiful religious sites and the iconic Taipei 101, Taiwan doesn’t seem like an obvious adventure destination. However, when tourists leave the thronging cities and head for the countryside, they find that there are more than a few white-knuckle-inducing activities out there to experience.

Taiwan lacks a reputation for being a diving destination, but that doesn’t mean that it’s not a great place to venture into the deep. There are many locations and diving clubs scattered throughout the island, but the coastal area of Kenting is by far the best place in terms of both weather and diving spots. Diving centers such as Taiwan Dive offer courses and trips throughout the year. 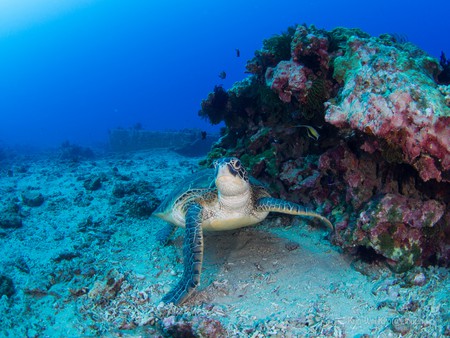 Quad-biking on the beach

For a pure gasoline-fueled adrenaline rush, head out to Qianshuiwan Coastal Park, where at the end of the beach away from the sunbathers there’s an ATV sand track that snakes its way through the dunes. There are a few local businesses that hire out quad bikes by the hour, and the track is great fun with a few steep hills for climbing and plenty of winding turns. 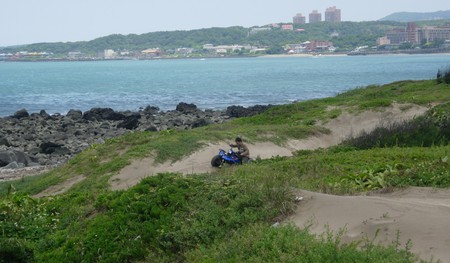 Quads on the beach | © Ciaran McEneaney

On an island that is infamous for its typhoons, perhaps it’s a little surprising that paragliding is such a massive thing in Taiwan. There are several well-known sites, but The Mustang Paragliding Club in Wanli is, without doubt, the most popular. The views are breathtaking as the instructors take daredevil tourists out across the bay for a ten-minute flight. And it’s all recorded on a Go-Pro.

As one of Taiwan’s most popular parks, Yushan has it all: endless treks along mountain ridges and some great climbing opportunities. But it’s the climb to the top of the highest peak Yushan, also known as Jade Mountain, that is the most thrilling. There’s even a chance to experience the sunrise from above the clouds if the alarm clock goes off on time. 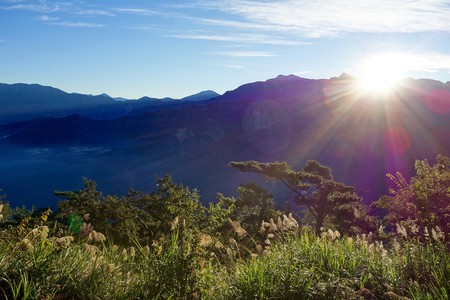 With around thirty surfing spots around Taiwan, it’s easy to see why there’s a thriving surfing culture on the island. Of course, it’s not Hawaii or Australia, but it’s still a great place to hit the waves. Wai’ao Beach with its black sands and easy access to Taipei is the most popular destination for surfers in the north, and it’s pretty easy to rent a board or pick up some lessons from one of the local surf shops such as Rising Sun SurfInn. 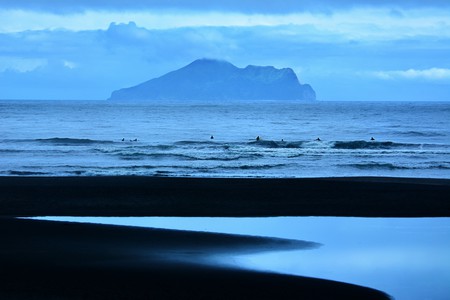 Wakeboarding on a lake

The iconic Pagodas at Lotus Lake in Kaohsiung watch over tourists as they are pulled along by the only five-tower cable system in the country. This exhilarating sport is fairly new to Taiwan, but the locals have really taken to it, with popular wakeboarding spots also in Taipei, Kenting, and Hsinchu.

If hiking through water and climbing over half-submerged boulders sounds like fun, then Taiwan is the place to be. It’s an extremely popular pastime, and a typical day out involves swimming in lagoons, waterfalls, and a few jumps. There are hundreds of locations to try river tracing in Taiwan, but many of the seasoned pros like to hit the rivers and waterways of Hualien where they believe the best experiences lie. 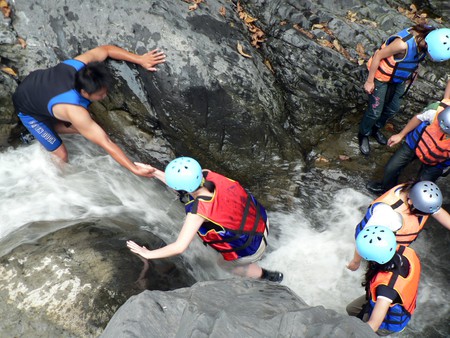