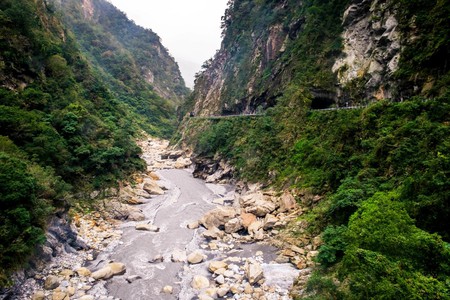 The beauty of the gorge | © Zhan Hui Teh / Flickr

Taroko Gorge is one of Taiwan’s most popular tourist attractions, and it’s easy to see why. This incredible stretch of natural beauty with its waterfalls and ravines is in itself quite spectacular, and when you add to that the sometimes precariously positioned temples, it’s a must-see for every visitor. But instead of following the same old route that the tour bus masses take each and every day, why not take a closer look at Taiwan’s most beautiful national park by exploring it on foot.

You can visit the park any time of the year, but it’s worth noting that during typhoon season, which runs from May to September, the park authorities may close trails and sections of the park for safety reasons. If you want to check up on the status of a trail or area in the park, then take a look at the official Taroko National Park website where they post regular updates. 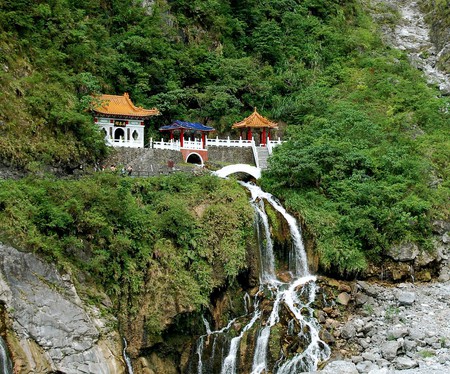 Of course, this depends on where you’re coming from, but the vast majority of tourists make their way to the national park by private coach tour, scooter or public bus. The private tours aren’t really a good option if you’re going hiking, as they tend to follow strict timetables and don’t leave you much time for exploring.

If you take the train to Hualien City, then it’s pretty easy to rent a scooter and head up towards the gorge yourself. You can stay in one of the hostels by the train station, many of which will even help you hire your scooter. The road on the way up to the gorge itself is a winding mountain road, so take your time and stay well clear of the tour buses. You could, of course, rent a car or drive on your own, but a scooter offers you a bit more freedom especially when it comes to parking.

You can also take a bus from Hualien train station that runs directly to Taroko National Park Headquarters and then onto Tianxiang, which is right by the gorge. The bus to HQ takes about an hour, while it takes another 30 minutes to get to Tianxiang. You can check schedules here.

Entrance to the park is free, so the only costs you need to consider are transport to Hualien, accommodation, food, and your scooter rental.

As you might expect, there are very few convenience stores in the national park, so you’ll need to fill your backpack with water and whatever other essentials you might need for your hike. Mosquito repellent is also a good idea, as there can be quite a few bugs on the trails.

You should also make sure that you have a spare battery for your camera, as you’ll spend a lot of time taking pictures. There are a few tunnels along the way, so you may also need a flashlight at some point. 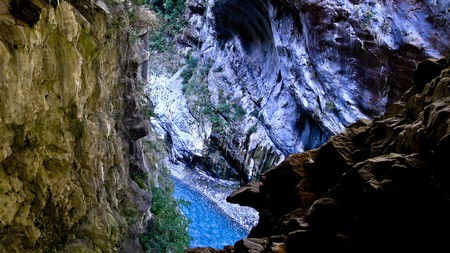 There are many trails that run through the park but here are the most popular:

Not too far from HQ, this is a 4.4-km trail that the official site reckons takes about 3-4 hours (6-8 total). It’s popular because it’s so close to HQ and easily accessible for those that don’t have their own transport.

Now, this is one of the most popular as it takes you to the famous Eternal Spring Shrine. It’s a 1.5km trail that is very easy to handle although there are some steep and slippery steps along the way. This is where you’ll find most of those tour bus tourists.

Also known as the Swallow Grotto Trail, this is a short 1.37-km trail that brings you to ‘Indian Head Rock’ and features marble walls and plenty of potholes. This was once the old road, which park authorities closed due to rock falls. They actually recommend wearing a hard hat on this trail.

This is one of the best trails for taking photos. It’s a short 40-minute hike from one end to the other and features cliffs, running waters, marble gorges, and plenty of wildlife. If you only have time for one short hike, then this would be your best option.

This trail winds from the park office at Lushui to Heilu and takes about 45 minutes to walk. On this trail, you’ll go through a tunnel (you’ll need a flashlight), cross a bridge, and walk along some paths cut into the side of the gorge. These are fenced paths, so it’s quite safe if you’re careful. Heilu is also the only place where you can camp in the park, but there are limited spaces at the campground so best to check ahead.

This trail starts about 700m from Tianxiang, where hikers need to first go through a tunnel (you’ll need that flashlight again) before taking a nice leisurely one-hour hike up to the waterfall. It’s very well-maintained and a nice easy 2.2-km hike that everyone should be able to manage. 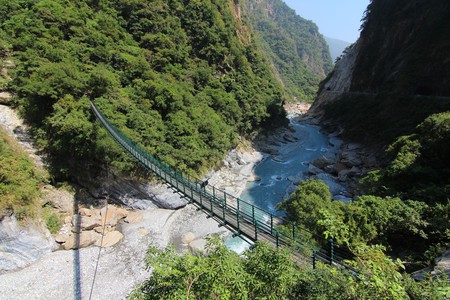 None of the trails mentioned above require permits of any kind, but if you want to explore the park further, you may need to apply for permission from the park authorities. The park is huge, and there are scores of scenic spots to check out, but with such heavy rainfall from May to September, some areas can become quite dangerous. It’s always advisable to check first on the trail status before making your way to the park.