How To Spend a Perfect Week in Taiwan 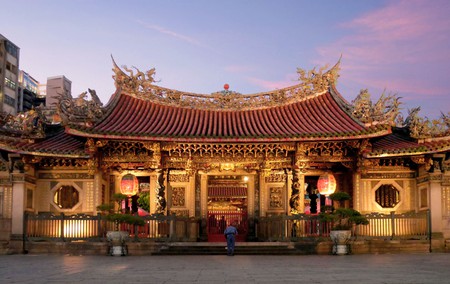 Taiwan deserves more than one week. But if that’s all the time you have, here’s a seven-day itinerary to help you make the most of your first visit.

Taiwan is an overlooked travel destination in this part of Asia. To the west is mainland China, its more popular cousin, and to the north is Japan, which hogs a lot of the travel limelight. But this is no bad thing. The fewer tourists there are, the easier it will be for you to appreciate Taiwan’s understated charm.

First up on the itinerary is a visit to the city’s tallest and most iconic building, Taipei 101, so-called, as you might have guessed, after its 101 floors. It was unveiled in 2004 to the accolade of the world’s tallest building, a reputation it maintained until the Burj Khalifa usurped the spot in 2010. Head to the observation deck to watch the sunset, before going right back down to the basement to eat some of the best xiao long bao the world has to offer at Din Tai Fung. 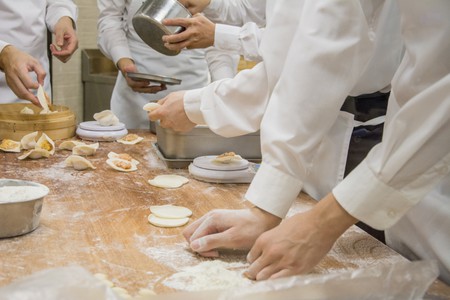 Dihua Street is the perfect spot to buy unique souvenirs. Here, you’ll find artisanal, locally made products among dozens of shops selling traditional Chinese medicine. You can ask the trained herbal pharmacists to whip up cures for pretty much anything from flatulence to bad breath to health issues you never even knew existed.

Walk further along the street and you’ll find Xia Hai City God Temple. Locals stop here to pay their respects to the Old Man Under the Moon, the patron deity of matrimony. He’s in charge of match-making; he can help set you up with your soulmate, move things along with your partner or guide you through the pitfalls of married life.

At the foot of his shrine, you’ll find a mostly female crowd throwing moon-shaped wooden blocks (divination poe) on the floor, asking questions like: Will I meet my soulmate this year?; Is the love of my life someone I already know?; Should I dump my good-for-nothing man child so I can go out with that dependable orthodontist my mum wants to set me up with? Depending on the way these blocks land, they can tell whether the Old Man Under the Moon answered yes, no or maybe. Play your blocks right and you might leave Taiwan with more than just souvenirs. 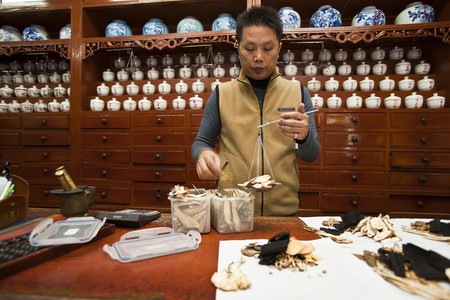 Tainan is the oldest city in Taiwan, located about an hour out of Taipei by high-speed rail. This sunny, southern city is famous for many things, but the most important are Du Hsiao Yueh’s danzi noodles. This franchise can be found all over Taiwan, but the chain began here in Tainan as a humble street stall. It was run by a fisherman who, during typhoon season, was forced to supplement his income by selling noodles. Who’d have thought bad weather could have delicious consequences?

Next up is Mazu Temple, a site devoted to the goddess of the sea. So the story goes, Mazu’s father and brother were out fishing one day and got caught in a typhoon. Fortunately for them, Mazu saved them through her dreams. Fujianese fishermen began to worship her, spreading her story across Taiwan and building temples like this one to pray for their own protection at sea. 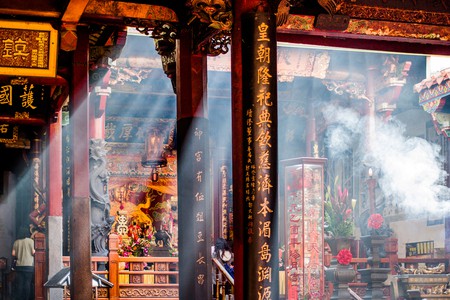 Alishan offers the opportunity to breathe some fresh air, see some tea plantations and to experience the region’s beautiful cloud waterfalls. Every so often, a mist slides down the mountainside, clinging onto the meticulously groomed tea hedges. The delicious taste of Alishan’s award-winning tea is often attributed to these cloud waterfalls, which are essentially natural irrigation systems. Stay overnight in the national park at Alishan House or a local farm stay. 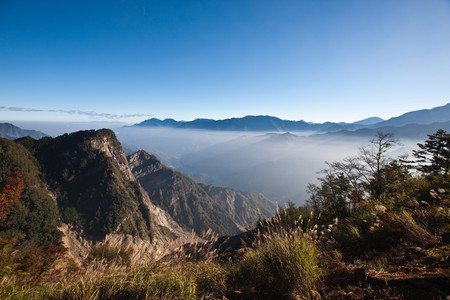 A Cloud Waterfall in Alishan | © Taiwan Tourism Board

The National Palace Museum is perhaps the world’s most comprehensive synthesis of 8,000 years of Chinese history. This sprawling museum skips, hops and leaps through a history that has grappled with censorship and its artefacts tell their own survivor story. During the Japanese occupation and Chinese Civil War, hundreds of thousands of artefacts were in danger of being destroyed in the Cultural Revolution. Were it not for Chiang Kai-Shek – who shipped these artefacts in crates to Taiwan – hundreds of thousands of porcelain vases, jade carvings and irreplaceable artworks would have been lost. 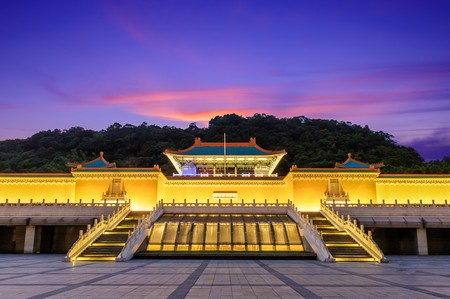 Longshan Temple is one of Taipei’s oldest and most famous religious sites. It’s also a great place to familiarise yourself with Chinese folk belief, which is a polytheistic religion that honours a collection of different gods, deities, spirits and ghosts, each with their own ‘field of expertise’. During exam season, you’ll see tables in the back of the temple piled high with biscuits, soups and flowers; offerings to the God of literature, Wenchang Dijun, who is charged with helping students get good grades.

You can’t leave the city without feasting on everything in sight at Taipei’s Shilin Night Market. Gorge yourself on steaming hot bao stuffed with minced pork; oyster omelettes served with a savoury sauce and topped with spring onions; and barbecued anything-on-a-stick spiced with hot pepper. Finally, waddle over to a dessert store to get your fill of shaved mango ice. If you’re brave, you might want to try some stinky tofu, which will find you way before you find it.

You could explore the length and breadth of Taiwan for years and still find new things to love about this place. The moment you get home, you might be tempted to book a flight right back with EVA Air, Taiwan’s leading independent airline. If you do, make it a single.