A Brief History of the Taiwan Lantern Festival 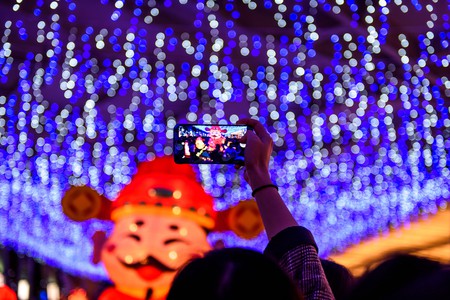 The night of the first full moon of the lunar year is when the people of Taiwan, both young and old, venture out to celebrate the world-renowned Lantern Festival. Featuring everything from handheld children’s lanterns to huge floats bedecked in paper lights, this festival is one of the most popular events in the Taiwanese calendar, and it’s easy to see why.

The Lantern Festival in Taiwan is now a major tourist attraction thanks to the Taiwanese Tourism Bureau. Each year they organize a variety of events with many local companies sponsoring high-tech lanterns that are a far cry from the children’s lanterns of bygone days. But there’s more to this festival of light than floats with lasers on the streets of Taipei and Kaohsiung.

How it all Began

In 1990 the Tourism Bureau devised a plan to hold an event that would help celebrate local folklore. They decided to hold a major lantern festival to coincide with age-old customs such as the Pingxi Sky Lantern Festival and the Yanshui Fireworks Festival. 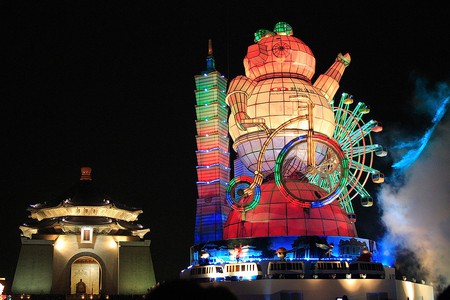 The festival originally took place in Chiang Kai-shek Memorial Hall in Taipei but is now set in different locations across the island each year.

The lunar calendar is extremely important in Taiwan so it should come as no surprise that the first full moon of the year is a considered an auspicious time of the year. There are many traditions surrounding this special night but here are the most famous. 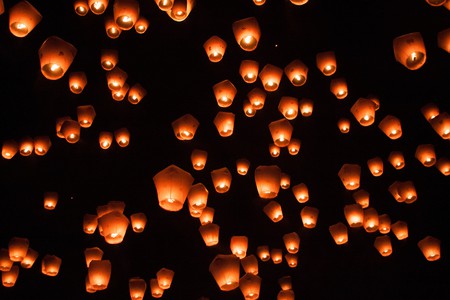 The small hillside town of Pingxi, is home to a breathtaking tradition that has made it a hugely popular tourist destination. Around the time of the first full moon sky lanterns are released to the heavens. These were once used as signals for villagers to let their families know they were safe and sound but now carry people’s wishes and hopes for the new year into the night sky. 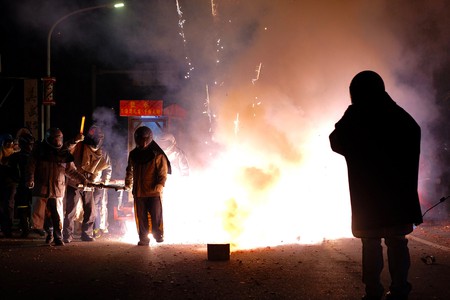 Not for the fainthearted, CNN labeled this as one of the most dangerous fireworks festivals in the world. Each year men and women kitted out in helmets and thick clothing stand between several beehive structures loaded with fireworks that are then set off. The townspeople believe that a god named Guan Gong rescued the area from a plague in the 19th century and this is their way of thanking him.

The Bombing of Master Han Dan

In the southern city of Taitung, a plucky soul volunteers to represent the local god of wealth, Master Han Dan on his yearly tour of the locality. This volunteer wears nothing but a pair of red shorts and a scarf while locals throw firecrackers at him. Apparently, Master Han Dan grows in power with each blast. Another festival, like Yanshui, that is not for the faint of heart.

It’s not easy for a relatively new festival to seem so entrenched in folklore and history that people forget how young it is, but that is exactly what happened with the Lantern Festival in Taiwan. No doubt it is the fact that the original festivals still take place at the same time that lends the modern festival such an air of tradition and heritage.