A Brief History of Ghost Month 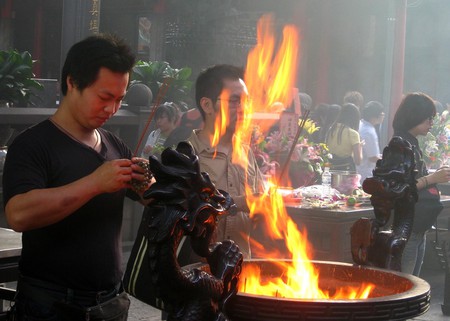 Any tourist spending time in Taiwan towards the end of summer may notice their local friends behaving a little out of character. No staying out late at night, no swimming, and definitely no standing under trees at night. But why this sudden change in behavior and what’s it all about? Two words – Ghost Month – and yes, to locals it’s as terrifying as it sounds.

When is Ghost Month?

Ghost Month takes place in the seventh month of the lunar calendar, which usually falls in late summer. Although in China, the festival is on the fifteenth day of that month, here in Taiwan the entire month is considered ‘Ghost Month’, and it’s a time to be very careful of one’s actions – but more on that later.

Where did this festival originate?

Legends state that on the first day of the seventh lunar month, the gates of hell open and remain open for thirty days. This means that during this period the spirits of the underworld are free to walk the earth and run amok. Now, not all of the spirits are evil, but it’s believed that the ghosts that come to visit during this month are the spirits of people whose families failed to pay respects to them after they died. So, they are understandably aggrieved and hell-bent on causing trouble for the living.

There are no clear records on how this festival started, but it’s quite likely that it first originated among the Hoklo people from the Chinese province of Fujian. Many Taiwanese are direct descendants of Fujianese people who immigrated to Taiwan back in the 17th and 18th centuries, and so it’s an easy assumption to make that the festival as celebrated in Taiwan comes from the Hoklo people’s customs.

It’s important to note that this festival is a very serious part of local culture, and, as such, it’s understandable that the locals of long ago approached this time of the year with trepidation and no small amount of terror. What’s surprising though is that centuries of celebration have done nothing to diminish the fear and dread associated with Ghost Month.

What happens during Ghost Month?

Of course, with the gates of hell open, allowing evil spirits to roam the land of the living, locals have devised ways to appease the ghosts and ensure a relatively safe month. Temples are visited, ghost money is burned, and food is left outside the house as an offering to spirits. But that’s not all. 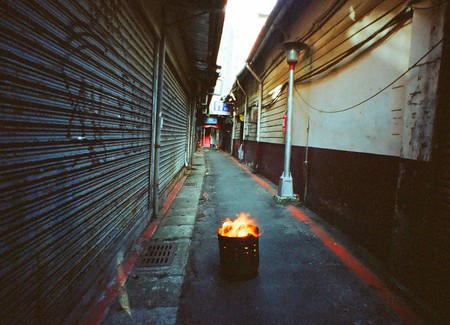 There are also a lot of things that locals will not do during this month, fearing that to do so will either attract the attention of evil spirits or bring bad luck. The forbidden list includes swimming, going out late at night (especially alone), tapping people on the shoulder, turning your head around and not your body, getting married, buying a new house or moving into one, and opening a new business. And those are just the main ones.

It may sound strange, but these customs and Ghost Month rules are so entrenched in Taiwanese culture that it’s inconceivable that any local would intentionally break them. And while many expats and tourists find the customs perplexing and sometimes a little inconvenient (some landlords won’t let you move into a house during the month), they soon realize that Ghost Month is as much part of local culture as the Lunar New Year.