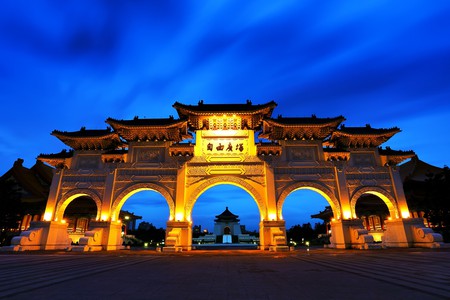 If you’re planning a trip to Taiwan but you’re on a tight budget, you’re in luck. The island also known as Formosa is actually an incredibly affordable travel destination. From cheap and delicious local cuisine to popular tourist attractions that cost nothing to visit, the island has plenty to offer. But like anywhere else, it’s also easy to fall into expensive tourist traps. Follow these tips and save money on your next trip.

With a booming tourist industry there are now a huge number of affordable accommodation options in Taiwan, especially in Taipei. Hostels are usually the most affordable and therefore most popular choice, and are now dotted all over most of the island’s cities. The good thing about staying in a hostel – as opposed to an Airbnb or hotel – is that you will meet up with fellow budget travellers, who will no doubt have some money-saving tips of their own to pass along.

Taiwanese public transport is pretty good and, if you’re staying in one of the island’s major cities, it’s worth picking up a combined metro and bus pass. These passes allow you to travel freely on all public transport for a given period of time and offer good savings on fares that are already incredibly cheap. Avoid taxis if you can, as they can really eat into your budget.

If you’re travelling between cities then you should also avoid the high-speed rail. Yes, it’s convenient and super fast, but it’s also expensive. A better option is to choose regular trains or buses for all your long-distance journeys. 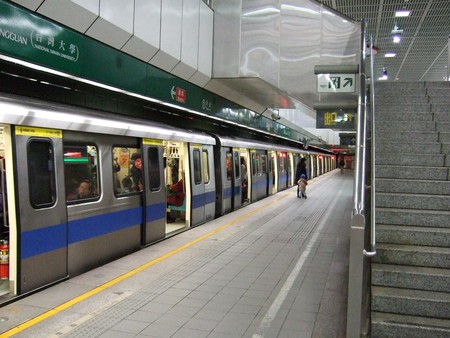 Taiwan boasts a whole range of fascinating attractions, but did you know that many of them are also free to visit? The island’s many temples and religious sites are just one example, with stunning architecture and no admission fees.

In Taipei you can also visit Chiang Kai Shek Memorial Hall, Sun Yat-sen Memorial Hall, and Martyrs’ Shrine (to witness the changing of the guards). It’s a great experience and best of all, it’s free.

Another must-see for many a visitor is Taipei 101 – once the tallest building in the world. While a trip to the top is good fun, it’s a little pricey for the budget traveller, so think about hiking up Elephant Mountain instead; it’s just a short distance from 101, and offers incredible views of both the building and the rest of the city. 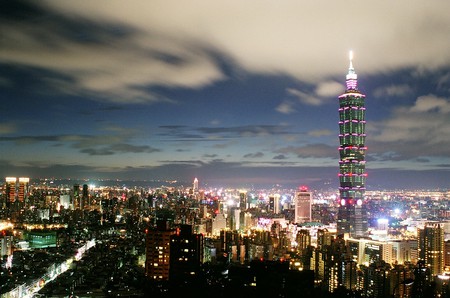 Taiwan’s many government-owned museums are incredibly cheap to visit – with the exception of the National Palace Museum which, at NT$250 (£6.40), is still less than half the price of a ticket to the top of 101. Public zoos are another attraction that’s relatively cheap (at the time of writing, admission was only NT$60 (£1.50)) and if you have the time, well worth a visit.

It’s easy to derail your budget-friendly trip to Taiwan when choosing a place to eat. If you’re struggling with the language barrier, it might seem easier to opt for a chain restaurant like TGI Fridays – but this is going to take a huge chunk out of your holiday budget. Better to look for a local buffet restaurant: they usually have an English sign outside and that’s all you need. Go in, grab a tray and point at the food you want or pick it yourself. The food in these places is good, old-fashioned Taiwanese cuisine, and it’s both cheap and tasty.

Eat at the night market

Of course you can’t eat in the same place every night, so when you fancy a change, head for the local night market and try anything from stinky tofu (it’s an acquired taste) to fried chicken. Night markets are a great place to try the region’s many street foods and you might even find some tasty desserts while you’re there. 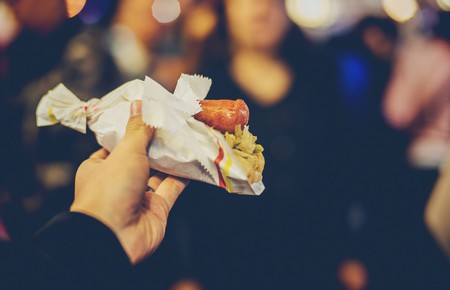 Buy clothes at the night market

Don’t buy clothes on the high street. Malls and high street stores can be very expensive so, instead, take a look around the local night market. Not every market has clothes stalls, but the biggest ones will usually have a pretty good selection. If you’re in Taipei try Wufenpu. It’s a huge market with tons of clothing stalls.

If you’re in Taipei, take advantage of the city government’s initiative to make Wi-Fi freely available to all its citizens. It’s very easy to register and use and there are hotspots all over the city.

Fancy a beer? Then forget the bar and pop into your local 7 eleven or FamilyMart. These convenience stores are open 24-hours a day and you can pick up beer and wine at supermarket prices. Most convenience stores even have seating areas where you can sit down and take it easy over a few cheap brews. 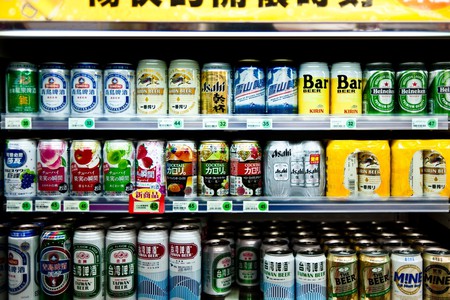 So many beers! | © Jorge Gonzalez / Flickr
Give us feedback