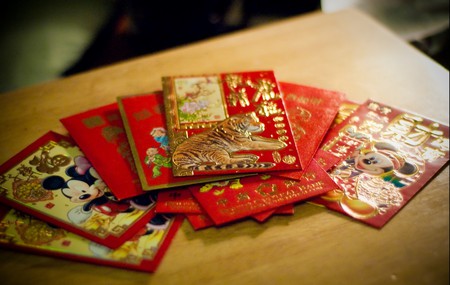 The Lunar New Year is without a doubt the most important and eagerly anticipated holiday in Taiwan. For about a week (depending on how the holidays fall) the entire island gets in a festive mood. And with it being such a culturally important occasion, there are of course many traditions that must be seen to. Here are eight of the most important.

Before the New Year, a spring clean is a must. And while it helps to get rid of the junk collected over the year, there’s actually another more important reason for the annual pre-New Year clean up: the idea is that in removing old and unused objects, you’re making room for new luck in the coming year, and that by sweeping dust out the door and cleaning dirt off the windows, you are casting out any bad luck accumulated in the past year. However, it’s extremely important to avoid doing this in the first few days of the New Year as you may inadvertently sweep away any fresh luck the new year brought into the home.

While in other parts of the world, children get excited about gifts from Santa, in Taiwan red envelopes are what it’s all about. Children are usually the chief beneficiaries with aunts, uncles, parents, and grandparents offering them envelopes containing crisp, fresh-from-the-ATM banknotes. When children become adults and start to earn their own money, they become the givers. These red envelopes presented to parents and grandparents are seen as a sign of respect and appreciation. And why red? Well, it’s the luckiest color out there, so it’s the obvious choice.

This is one of the most visible traditions of the Lunar New Year as you can see couplets, or what many call red scrolls, hanging at the entrance to many homes. These scrolls are painted with wise messages or short poems that are supposed to bring good luck to the home. Every year you must remove the old ones and replace them with freshly painted new scrolls. 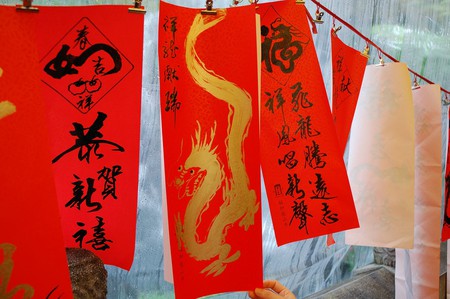 While you might assume that Taiwanese simply love loud noises, you’d be mistaken. The firecrackers that we see here during festivals have a huge significance. During Lunar New Year they were traditionally set off to scare away Nian, a mythical beast of old that is said to have tormented a village many centuries ago. These days, locals set them off to scare away evil spirits and help celebrate the coming of the New Year. If you’re in Taiwan during Chinese New Year, then expect to hear a lot of noise at night. 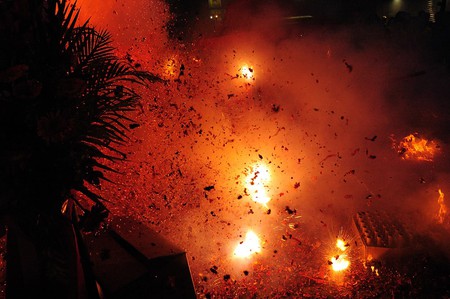 Probably one of the most important traditions of the new year is the family gathering. It’s rare to find a local person that doesn’t spend at least a day or two in the family home with their parents and grandparents. For some that live far from home, it may be the only occasion that everyone can get together which makes it all the more important.

The New Year is a chance for a fresh start for everyone, and so many people choose to wear new clothes for the first few days of the holidays. It’s not unusual to see kids wearing red, and even adults get in on the act. In fact, the most popular item of clothing on sale in the weeks before the new year is red underwear. Yes, it brings good luck, especially if you’re playing Mahjong.

Mahjong is incredibly popular in Taiwan and doubly so around the New Year. With all the family under one roof for a few days, it’s the perfect time to sit down and play some games. And while mahjong is the go-to game for the new year, many families also like to enjoy a spot of gambling fun with dice. $5 or $10 bets and the winner takes all show that it’s lighthearted fun that brings the family together. Just remember to wear your lucky underwear. 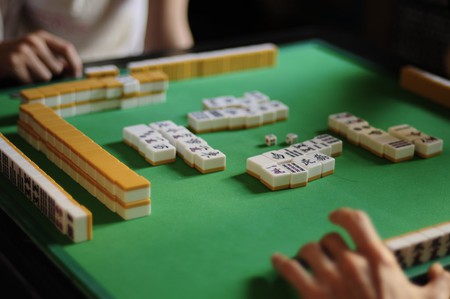 And finally, we come to the New Year’s Eve meal. Served up late in the evening at the family home, there is usually enough food to feed a small army. Many of the dishes on the table hold a special significance and are often chosen for luck. These days, however, more and more Taiwanese are opting to dine out in restaurants to save the trouble of both preparing and clearing up after the meal. And once finished at the restaurant, it’s back home for some late night mahjong and dice.