7 Things You Should Know About Songshan Temple 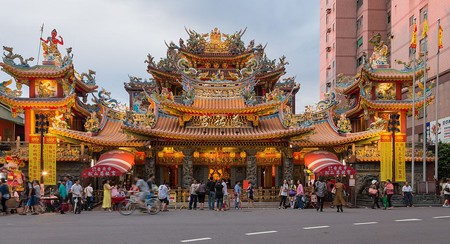 As one of Taipei’s most stunning historical sights, Songshan Temple is a must-see on any tourist’s itinerary. This age-old temple has been lovingly restored by the people of the area and is a perfect example of authentic Chinese architecture.

Songshan’s Mazu Temple, also known as Ciyou Temple, was built in 1753 and is dedicated to Mazu, the goddess of the sea. Mazu is also referred to as “Heavenly Mother” by the locals. The 18th-century temple is located in Songshan district and has an area of 600 square meters with six floors and around 100 different deities. Located close to the Rao-He night market, the Rainbow bridge and the Songshan railway station, the temple was and still is one of the most important buildings in the area.

The triple-tiered roof ridge is incredibly intricate with some truly amazing sculptures. The top of the temple roof has elaborately styled twin flying ceramic dragons facing three immortals symbolizing wealth, happiness and longevity. The dragons are thought to have the power to prevent fire, although thankfully this has never been tested. The lifelike stone lions at the main gate were carved in 1803. The male lion is portrayed with an open mouth and female lion with a closed mouth. The roof also has many other auspicious figurines like the Phoenix and figures from historical tales. In fact, many people come to the temple just to take photos of the roof and its various design features. 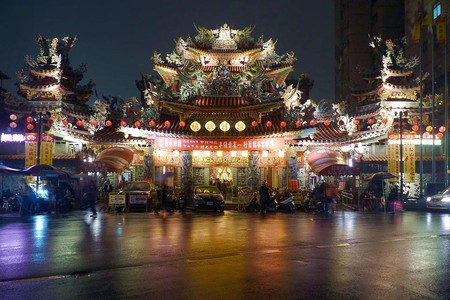 Inside is just as amazing

In the interior, you’ll find row after row of oil lamps lit by devotees to ask for protection and in the hope that Mazu will protect them. The side altar to the right is devoted to the Earth god, and the side altar to the left is dedicated to Zhusheng Niang-Niang, the goddess of birth. Twelve aides usually accompany the goddess, but in this temple, there are thirteen. The extra aide is Duyu Niang, who in life was a midwife who never took money for taking care of women as they gave birth. After her death, she was revered because of her kindness and skill and earned herself a place in the temple.

The temple is one of the most beautiful and popular religious sites in Taiwan and is well known for its intricate design and attention to detail when it was being built. The stonework depicting various deities and spirits in traditional Taoist stories and the octagonal, intricate gold-colored ceiling is known throughout the continent as some of the finest work of its kind.

It was built by a wandering monk

According to legends, the temple was built by a wandering Taoist monk carrying a gilded image of Mazu. One day, the monk came upon a group of people who were followers of Mazu. Together they raised money for ten years and then built the temple to honor the goddess. Construction began in 1753 and was completed in 1757. 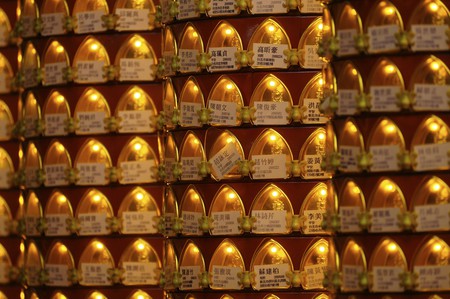 It was rebuilt seven times

Initially, the shrine faced the waterfront where the goddess was believed to protect the fishermen and sailors. Today the temple faces the street so that everyone can appreciate its beauty, and for easier access. In spite of all the reworking, most of the original artifacts have been preserved.

It hosts a festival

Xikou Cultural Festival is celebrated from January 15 to March 26 to honor goddess Mazu’s birthday. During this time, there are Taiwanese opera performances, religious ceremonies, and parades that always prove to be extremely popular.