7 Things You Should Know About Longshan Temple 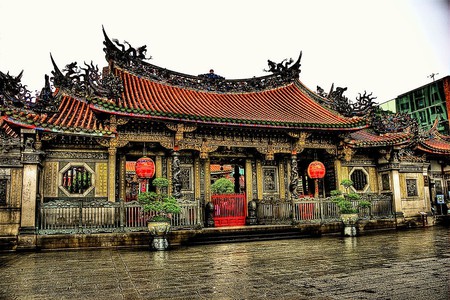 In a place brimming with incredible temples, the mantle of most popular is no small thing, and that particular accolade goes to a very special temple in Taipei City. Located in Wanhua District, which is also known as Manka, Longshan Temple is a building with a rich history and many tales to tell.

In a region that has suffered many devastating earthquakes and natural disasters, the fact that this temple has survived is nothing short of miraculous, and not for the reason you might think – but more on that later. Built in 1738, the temple was originally intended to serve the locally based settlers that had moved to the area from the province of Fujian.

It survived a bombing raid

Not many people realize that Taiwan was bombed during World War II, but as a Japanese-controlled territory, it was targeted by the Allied forces on several occasions. The largest and most destructive raid took place on 31 May, 1945, when the Allied forces dropped 3,800 bombs on the city. Several buildings were targeted, and unfortunately there were many civilian casualties. The temple was severely damaged during the raid, but the statue of Guanyin still stood.

Locals take care of its upkeep

Interestingly, the temple has been rebuilt on several occasions, and each time it was done by the local community. Residents rebuilt after every earthquake, flood, and fire without much help from government agencies or wealthy benefactors. To this day, locals take pride in the fact that every stone and carving was paid for by donations from the community. The temple now stands as an incredible testament to the resilience and devotion of the local people. 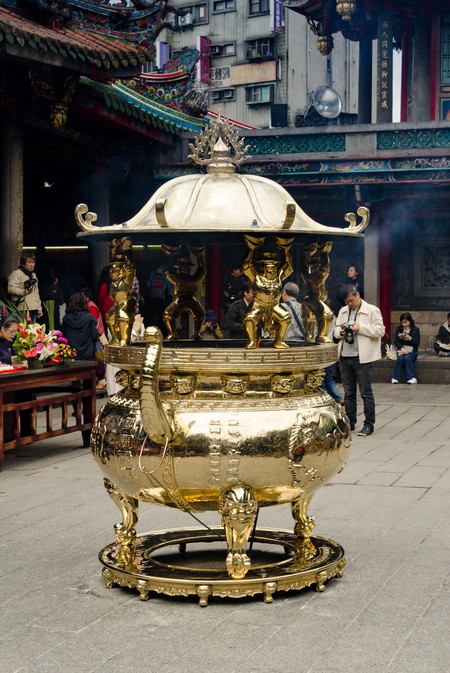 One of the temple’s many impressive features | © Xiquinho Silva / Flickr

Tourists that come to Taipei marvel at the newly developed neighborhoods and districts, but in redeveloping so many areas, a lot of the city’s character has been lost. Not so in Wanhua, where you’ll find Bopiliao Old Street and many old temples and buildings. In fact, some say that this is one of the best neighborhoods in the city to snatch a glimpse of old Taipei.

It’s a temple for more than one religion

While most temples throughout the world and here in Taiwan are often dedicated to one deity or one religion, Longshan Temple is a wonderful mix of the Taoist, Buddhist, and Confucian faiths. Taiwan has always been inclusive in its attitude towards religion, and Longshan Temple is the embodiment of that inclusive spirit. 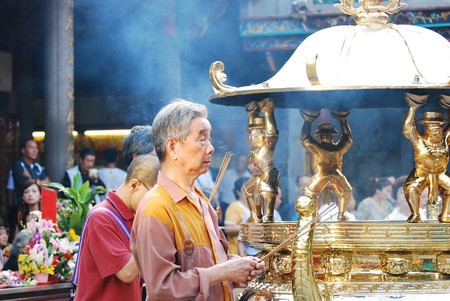 Well, there are actually many gods to whom worshippers can pray at the temple, but Yue Lao is the one that piques the interest of tourists the most. Single locals will come to pray to the deity in the hopes that their true love will marry them and stay with them forever. They can even take a piece of string that they can put on the wrist of their loved one that in theory will bind them together forever.

Yes, it attracts a lot of people, but not in a “you don’t want to go there” kind of way. There are always worshippers at the temple, and it’s rare to find the place empty. However, locals are extremely friendly and don’t mind tourists taking photos and wandering through the temple. Of course, you should always be respectful, but the local community is quite proud of their temple and thus understand why tourists often make the building their first port of call when in the city.