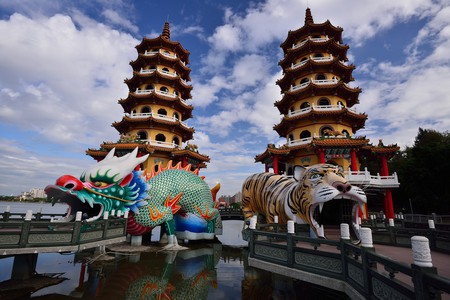 Lotus Pond offers a seemingly perfect balance between local religion and ostentatious architecture, and locals and tourists alike love it. This scenic man-made lake and popular weekend haven on the east side of Zuoying District in Kaohsiung City is nothing short of astounding and well worth a visit. But before you go, here are some interesting facts about the pond.

It’s not really a pond

At over 42 hectares, Lotus Pond is probably the biggest ‘pond’ in the world. The area is actually a man-made lake and is one of the largest in Taiwan (although not the largest, as that honor goes to Sun Moon Lake). The network of cycle paths and footpaths around the lake are so extensive that they would take hours on end to navigate, a pastime in which the locals like to indulge in the late afternoon when the sun is at its lowest.

It’s home to over twenty temples

The pond in its current state was built to celebrate nature, culture and history and was opened in 1951. It has around 20 temples worshipping different deities surrounding it. With numerous photogenic pagodas, fairy-tale statues and colourful temples at the water’s edge, it’s something of a photographer’s dream. 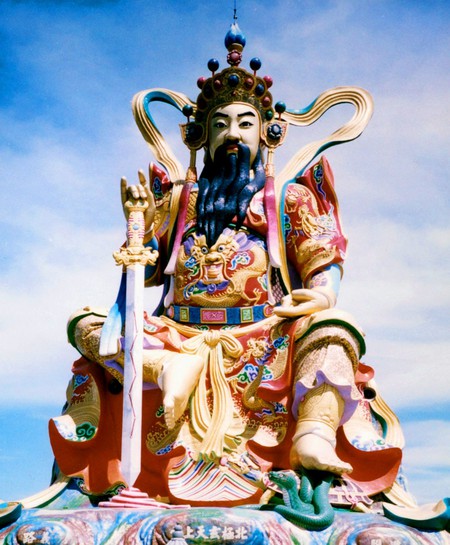 You can forget all the noise and bustle of the city at Lotus Pond, a tranquil place that is surprisingly only five kilometers from the city center. It’s hard to imagine that a lively city could have a man-made lake that is so serene and peaceful within its limits, but there’s a reason why this place is so popular with locals.

Over 300 hundred years ago, the pond was a much smaller natural body of water. A local mayor decided it would be a good place for a temple, and once the temple was built, he planted lotus plants in the pond. The pond was expanded twice since then, but the name of Lotus Pond stuck.

It was built as a form of irrigation for farms

These days, locals and tourists love the pond for its tranquil scenery and the long walkways along its shores. But its true purpose was never as a place of beauty. The pond was originally expanded to help irrigate farms in the area with the water from the pond allowing the local farming industry to prosper.

It’s a great place to watch the sunrise

Although it’s not quite the kind of area that tourists would expect to sit out and watch the sunrise, the pond is extremely popular with locals who want to do just that. It offers an incredible view and, if the sky is just right, some pretty amazing photo ops. Head down here at 5am any morning, and there will be dozens of people on the paths that surround the pond. 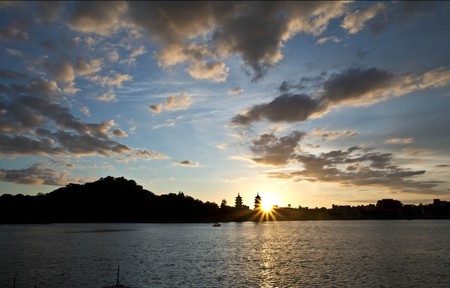 It’s got plenty of history

Although the lake and many of its surrounding temples have a very modern feel to them, the area of Zuoying is quite old and dotted with historic buildings just a short walk from the lakeshore. For this reason, visitors often come to the area and spend the entire day here visiting temples and exploring the old shops and restaurants of Zuoying.

Although for many visitors, the first thing to do at Lotus Pond is to visit the famous Dragon and Tiger Pagodas, the pond and the surrounding area offer so much more. From endless walks to delicious street food, it’s all here at Lotus Pond.