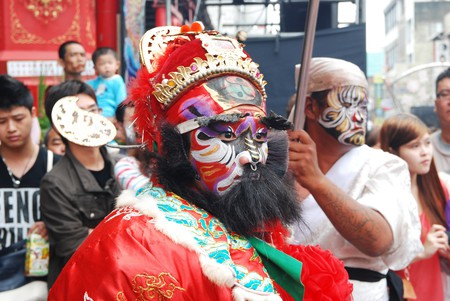 Ghost Month is the time of the year when Taiwanese believe that the gates of Hell open and restless souls spend 30 days and 30 nights in the land of the living. And although it might not seem like a good time for celebration, locals take the festival very seriously and make sure to follow the various rules and customs associated with the event.

While there are many things to avoid doing during Ghost Month, there are also plenty of customs and traditions to follow. Here are some of the most popular.

Praying at a temple

It stands to reason that if the restless souls of Hell are intent on wreaking havoc in the living world, then a little protection from the Gods is a good idea. Either before or on the first day of Ghost Month, it’s essential to visit the local temple to ask the residing deity for help keeping evil spirits at bay over the month. 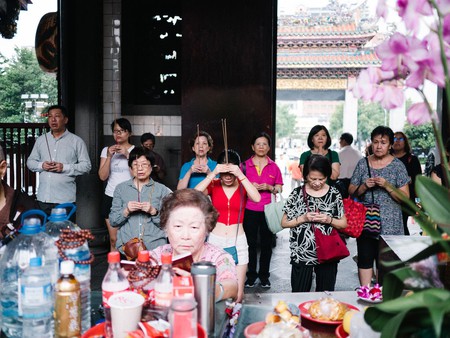 In Taiwan, it is known as Ghost Money, but it’s also called Joss Paper elsewhere. On the first day of the month, Ghost Money is burned to honor the ancestors of the living, while on the 15th day money is burned to appease those restless spirits mentioned earlier. There have been some issues recently with the burning of Ghost Money, as environmentalists believe that the pollution from such practices means that a new greener option must be found.

There is a Taoist deity named Chung Kwei who locals believe can protect them from evil spirits. This God specializes in killing demons and evil spirits, so it makes sense that Chung Kwei amulets are hugely popular during Ghost Month. Other amulets depicting Gods such as Guan Yu are also popular, but none have demon-slaying capabilities quite like Chung Kwei.

On the 15th day of Ghost Month, it is customary to leave a veritable feast on a table just outside the home or even a place of business. The idea is that the wandering spirits can feast upon the food and sate their hunger, leaving them so satisfied that they may choose to leave those who offered the meal in peace. Now, this meal won’t go to waste as it is expected that the family or employees who made the offering will eat the food later.

Tables will also be set at other days during the month, but the 15th is by far the most important day for this tradition. 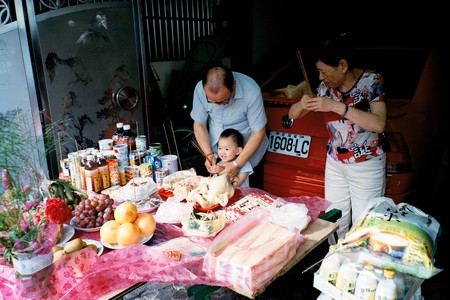 Cheng Kwei, the God known for vanquishing demons, is said to visit the gates of Hell on the first day of the month following Ghost Month. The idea is that he is there to make sure that there are no lingering spirits who failed to return to Hell. Many temples around the island hold a jumping with Cheng Kwei ceremony where participants will help the God send evil spirits back where they belong.

Taiwanese believe that by giving to charity and helping others, they will build up good karma and perhaps earn the favor of their chosen God. Ghost Month is one of the best times of the year for charities, and while it’s not a tradition per se, it is considered a good thing to donate before or during Ghost Month.

While this particular custom happens in various locations throughout the country, the most popular is in Keelung. Here, the lanterns are released into the ocean, and the further a lantern goes out to sea, the more good fortune the person who released it will have.